Rundle: Tony can look to his UK overlords as to how to gut a public broadcaster

That most cherished of British institutions, the BBC, is under attack from the Conservative government. Tony Abbott, take note. 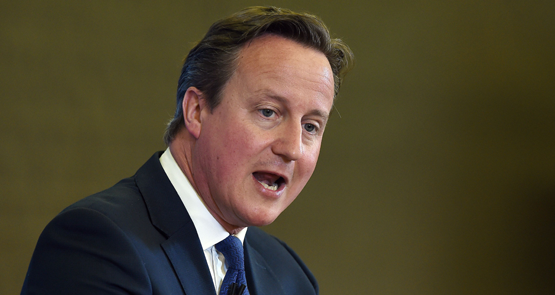 The first preview of the Abbott government’s new attack on the ABC is available now to download — from the UK, where a triumphal re-elected Conservative government has swung its guns against the far larger and more powerful BBC.

Declaring that the BBC needs a revolution, new Culture Secretary John Whittingdale has announced a wide-ranging inquiry into the corporation’s role, function and output, with a special emphasis on whether it should be competing with commercial broadcasters on high-cost, high-ratings shows.

Well, a review of function is fair enough in the abstract. The Beeb is coming up for its 10-year charter review — a process whereby its operating “licence” is assessed. This licence/charter is what allows the BBC to self-fund through the application of a licence fee to all radio and TV viewers. The creation of the licence fee was designed to give the corporation independence from the government of the day, and its hold on the purse.

The licence fee distinguished UK-style “public” broadcasting from European continental state broadcasting, which remained under tight control. The BBC’s “public” role was established early on — in the UK general strike of 1926, Winston Churchill tried to commandeer the broadcaster for state propaganda, a move resisted by the BBC’s first chairman, John Reith. Reith’s resistance set the principle upon which Mark Scott drew in his defence of the ABC during the Zaky Mallah beat-up, when Tony Abbott tried to assert an essentially clerico-fascist idea of national “loyalty”.

The licence fee has thus been a blessing — but in more recent years, it has become something of a curse. By the 1980s, when a TV was no longer a substantial purchase, the idea of paying specific tax (with rate cuts for black-and-white sets, radio only, or blind people with a TV set [!]), the fee was looking anachronistic. Now, with streaming and on demand, it looks absurd. You’re meant to dutifully pay it, even if you stream. But who would? There’s an obvious efficiency argument to consolidate funding into general spending.

So the BBC’s funding independence is under threat. But more than that is at stake. The Tories, now unrestrained by the Liberal-Democrats, are out to get revenge for the Beeb’s allegedly biased anti-Tory coverage of the UK election. There wasn’t any as far as I could tell, and most other people of left or right couldn’t see any either. But the standard for bias is not what it was. Now it means “not taking the advocacy line of Murdoch”, and the Tories are out for blood from the Beeb.

They have been in the past, but it hasn’t gone well for them. The BBC is even more embedded in British life than the ABC is, and its vastly larger per capita funding — $102 per UK resident for the BBC, as opposed to $55 per Australian for the ABC — gives it a capacity to make shows that everyone can see are excellent. Plus within the Tory side of things, even in the Thatcher years, there was a cultural elite who saw certain institutions as inviolable up to a point, and the BBC was one of them. Full-frontal attacks on BBC political coverage tend to split the right very quickly.

So the new attack is crafty, interesting and risky. According to Whittingdale, whatever need there once was for the BBC to make general popular entertainment programs and run pop radio stations like Radio One, etc, is now superseded. There’s a world of choice out there, and the BBC should restrict itself to filling in the gaps — doing what other media don’t, and not competing with them, or for ratings.

“One thing is certain. The Abbott government will be watching with interest — since they have copied so many other of the Tories’ moves.”

That’s one way to run a public broadcaster — it’s also a way to minimise, encircle it, cut it off and kill it. No one can claim, as the Australian right does of the ABC, that the BBC is an elitist taste. Every section of society uses it regularly, and its sports coverage, Saturday night entertainment, etc, anchors it to the heartland. So challenging its role in making shows like Strictly Come Dancing might be successful. Some, not all, shows would migrate commercially, and the river would run on. The move would be self-fulfilling — the Beeb would become the sectional broadcaster it is accused of being, and be unable to call on mass support. Told to disregard raw ratings, it would then be downfunded because it wasn’t making ratings.

Behind the attack on political grounds is, of course, a commercial attack, conducted overwhelmingly on behalf of Murdoch and others’ screen interests. This is being done not because the BBC is unpopular, but because it is wildly popular, and it is far better at reliably turning out good TV than many of its rivals. No great mystery there. Though it no longer has a huge studio building, the BBC retains an embedded studio-style system, in which expertise and process is pooled and retained over time. To minimise costs, private TV groups go from one deal to the next, with hit-and-miss results. The commercials used to retain a studio process (and still do, for long-runners — which is why The Simpsons is dependable and all the movies are shit). Now they don’t, they are at a major disadvantage.

What’s really pissed the Murdochs off is the development of BBC international — BBC World, BBC America and BBC First, among others — which is starting to eat into their substandard global production. The BBC can build on its UK “plant” and thus grow more systematically, ploughing international funds back in.

To see that as somehow illegitimate, you have to pre-adopt the idea that choice is nothing other than a series of atomised choices, rather than one big one. By that measure, a BBC show watched by 1% of the population is being paid for by the 99% who didn’t, rather than saying that the public choose to have it, as represented in the manifesto of all major parties. Features like reliability, dependability, outreach to all groups and the absence of advertising, by this measure, can’t be factored into “choice”.

Such a Big Media assault on the Beeb — disguised, as always, as classical liberal principle — may get some purchase because the corporation is genuinely in need of internal reform. Over the years it has become bloated with huge layers of overpaid middle managers, many of them auditioning for commercial or global gigs. It has also been too willing to retain A-list talent at any cost, rather than letting them go to the commercials and developing the next A-list. By association it has also become tarnished to a degree by the Jimmy Savile et al, paedophilic mega-scandals — even though all media and the whole establishment was heavily implicated in not seeing mass abuse for what it was.

So the fight will be tough, dug-in and bloody. Given that the BBC’s authority is from royal charter, the Cameron government has some scope to bypass the House of Lords on the matter — which would be very definitely against such attacks — but the degree to which it has such scope has never been tested as hard as they seem likely to now.

One thing is certain. The Abbott government will be watching with interest — since they have copied so many other of the Tories’ moves. Their culture-war supremo Education Secretary Michael Gove is a sinister bonsai pre-teen meat puppet, in a manner of which Christopher Pyne is a mere copy. What’s to bet he or Talcum Morebull don’t start suddenly musing out loud about why the ABC should be producing Rake?

Its all so depressing. On a recent visit to Canada, I found it difficult to distinguish the Canadian Broadcasting Corporation from its ghastly commercial rivals, as it seems to have unlimited advertising. I’m just tired of the constant attacks on all our public broadcasters, as if politicians and their commercial TV mates think we all want to watch awful reality shows full of ads – we don’t.

It will be a good day for humanity when Rupert’s ashes are in an urn on Lachlan’s mantlepiece.

Graeski . . . and then the whole building is swallowed by an earthquake.

Gimme a break Guy.
Yesterday it was “big energy” the day before it was “big pharma” today it’s “big media”.

And the story is always the same. A large corporation with tentacles into every part of the globe has bought control of an otherwise democratically elected government to change laws for said corporation’s improved profit.

It is so predictable it’s boring and it’s also an insult to the people who vote. The Conservatives were voted into power by the UK electorate in a total rejection of Milliband’s empty, directionless populist Labour party. I completely accept that lefties, in their amazement that most voters think differently to them, will blame Murdoch, which in itself displays a dangerous elitist meme that voters are stupid.

The fact that you can’t see bias in these public broadcasters is simply an indication of your own political compass. The ALP, the Coalition, the UK conservatives, the Lib Dems, the British Labour party are all to the right of you politically.

@David Ferrarin Hand.
“And the story is always the same. A large corporation with tentacles into every part of the globe has bought control of an otherwise democratically elected government to change laws for said corporation’s improved profit.”

So presumably you are denying that. Denying that the clear and documented campaigns by Murdoch are altruistic. How naïve.