Can we really raise GST but improve the lot of the poor? 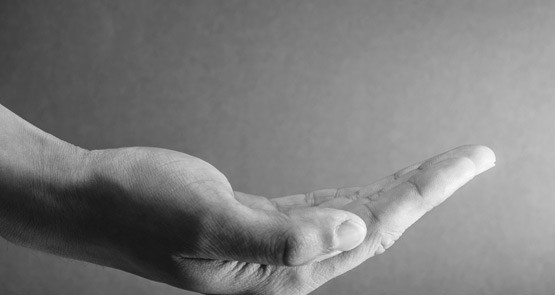 It’s no secret that the Abbott government wants to deliver an income tax cut, and it’s easy to see why. Tax cuts are popular, and right now, the government isn’t. But tax cuts are expensive, and the Coalition doesn’t want to record a big blow to the deficit either. What to do?

Simple — make it someone else’s problem. By reducing state funding for hospitals and schools by $80 billion, the federal government handballed the duty of economic management to the states, and now it’s saying if they want to fix it, they should have a mature debate.

The GST isn’t a popular way to raise revenue, but it’s effective. The problem is that it’s also regressive, in that poor people pay a greater share of their income in tax than rich people. So when a report comes out saying we can raise the GST in a way that will leave poor people better off, it’s manna from heaven.

Economic modelling uses equations like a recipe: to transform raw ingredients into a finished, delicious product, ready for public consumption. There are essentially only two raw ingredients. One is data — things like GDP, incomes, and spending patterns. The other is assumptions, and often it’s here things get funky.

Yesterday’s papers all carried a story that raising the GST would boost revenue by a staggering $256 billion over four years. The modelling, released in a report by the Institute of Chartered Accountants Australia and based on commissioned figures by accountancy firm KPMG, suggested that money be partially spent on compensation and tax cuts. Everybody wins! The rich, poor, and the middle would be better off, and the budget left healthier too.

But when The Australia Institute asked the Chartered Accountants for the modelling details behind these figures, or the report, we were told that there was none. All the excitement was over the release of … an infographic. Upon request, they did provide us with an explanation of where the $256 billion came from, and we set about analysing the modelling ourselves. We found a few unlikely conclusions the coverage hadn’t focused on, simply because the modellers didn’t mention them.

In a nutshell, the model assumes one key, big thing: cutting incomes taxes will increase your pre-tax income. It’s the belief that taxes discourage us from working, so if you’re not earning much, it’s because you don’t want to earn any more.

Cutting the income tax of people on $30,000 a year won’t do much, because they barely pay any. They do buy things, though, so any increases to the GST will leave a big dent in their pockets.

But not in this model. Here, they’re suddenly working more, working harder, and their employers are paying them more, too. Like magic, the government is collecting more tax, and we’re rich enough to not worry about it.

It’s how the modelling can slog pensioners with a tax increase and still have it leaving them richer: it assumes pensioners not paying any income tax will benefit from an income tax cut.

That’s important because the advocates of a GST increase insist they would be able to lift the rate and broaden the base without hurting poor people. But to prove it, they’ve used one especially funky assumption to bake up a fiscal magic pudding.

Without the assumption that a tax cut boosts pre-tax incomes, the equity argument for a 15% GST falls in a heap. If we’re not all getting $1000 in the mail, the poorest 20% of households are slogged harder than anyone else, even with the big income tax cuts and the compensation.

Removing this assumption means the tax looks highly regressive. But states don’t have the same options for raising revenue as the federal government, so regressive taxes might be the best of a bad bunch, so long as they can raise real revenue. Bad news here, too.

In the model, we’re spending money we don’t have, because it doesn’t exist. We’re assumed to be immediately richer, and we spend more of our riches, and the government collects GST revenue on our spending.

Just like that, we’re all paying less tax than today. We’re richer thanks to an assumption, and we pay most of that assumption back in tax. The money going to the state government isn’t coming at anyone’s expense simply because nobody has that money at the moment.

With that in mind, it makes sense that we can raise the GST and not leave anybody worse off: the numbers are based on us spending money we don’t have, which we got from people who don’t have the money either.

The leaners behind the Coalition’s $80 billion hospital pass wanted a tax cut, and they’ve left the lifters in the state governments to foot the bill. Right now, that means insisting that a regressive tax isn’t a regressive tax.

If those words sound like they’re nonsense, that’s because they are. Which is why economists prefer to say it in Greek.

*Richard Denniss is Chief Economist at The Australia Institute @RDNS_TAI

*Cameron Amos is a researcher at The Australia Institute @CamAmos_

The shock cost to our kids of a return to WorkChoices!

This is why no economic modelling should ever be reported on without the underlying assumptions clearly spelt out.

You can make numbers do pretty much anything, if you are willing to make it all up. I know, that’s my job.

Thanks for that Richard and Cameron

The reason why the GST is and was a bad idea was that it depends on people spending. Apart from being regressive it is also dependant on the vagaries of the economy – whether internal or externally driven. See what happened with the GFC? The appeal of not paying income tax is obvious to the wealthy, and that fits nicely with the “conservative” philosophy of the economy being better if the rich get richer.

I wish everyone would stop repeating the States’ line that they don’t have options for increasing taxes: they have plenty, but are too gutless to exercise them. The States should start by collecting a comprehensive property tax as recommended by Henry and just about everyone else.

Tony Abbott raves on and on about Labor’s great big new tax on whatever while he cuts funding to state governments on education and health, then encourages them to bring in a great big new tax by increasing the GST to 15%. If this happens he will probably cut federal assistance to states even further instead of having a good hard look at overall tax reform which might alienate some of their supporters.