We need to stop travel rorts, not just Bishop

If Labor is serious in its pursuit of Bishop it will push for a more rigorous, independent system of funding official travel. 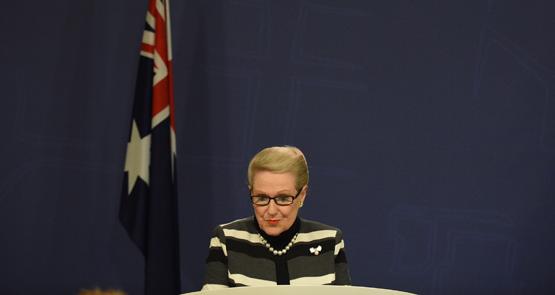 The rich irony of Labor’s pursuit of Bronwyn Bishop is that it was Labor who elevated Peter Slipper — an MP known for virtually nothing other than his appetite for travel allowances — to the speakership in late 2011 to improve its numbers in the House of Representatives, in the process betraying the best speaker of recent years, Harry Jenkins.

Slipper turned out to be a surprisingly good umpire in a bitterly contested chamber, but his long history of being pinged on travel entitlements and being required to pay them back should have ruled him out of what is supposed to be a key position in Australian democracy. The cynical view of the Gillard government was that it didn’t matter.

The federal level of politics in Australia sees little of the corruption that is a constant danger at the state and local government level. But it reeks of a low-rent sense of self-entitlement among many MPs: the peculiar way MPs find reasons to conduct official business to coincide with interstate weddings and major sporting events. Tony Abbott charging taxpayers to promote his book. The Canberra living arrangements of Joe Hockey and many other MPs.

Being an MP is hard yakka; being a minister is doubly so, and the worst of it are the long periods away from families. A system that fairly compensates MPs for their official travel is an important part of a functional democracy.

But a system that can be rorted without punishment or — worse yet — allows flagrant abuse within the rules ends up undermining democracy, not bolstering it. If Labor is serious in its pursuit of Bishop it will push for a more rigorous, independent system of funding official travel. But we get the sense they are much more interested in claiming a Coalition scalp.

But we get the sense they (the ALP) are much more interested in claiming a Coalition scalp. And who could blame them?

The Augean Stable in the Hill.

Two Bishops and the Abbott? Something’s not right?