Many women at the ABC were not impressed by a Fairfax puff piece on Crabb, Sales and other top rating ABC women.

ABC management and morale. The puff piece in the Fairfax papers yesterday on the wave of powerful women at the ABC has ruffled more than a few feathers at the public broadcaster from other staffers wondering how they also could enjoy the same working conditions as the well-known faces and voices in the piece. 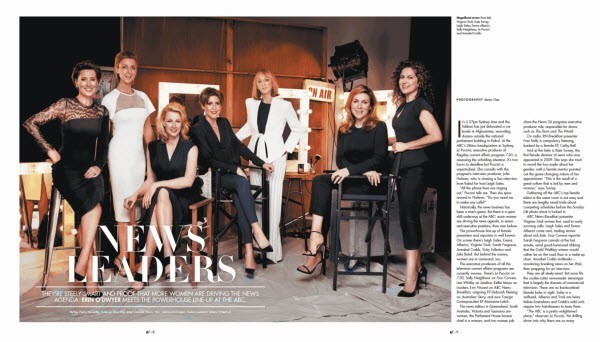 The story was published in Sunday Life yesterday and written by Erin O’Dwyer, who has previously created radio documentaries for the ABC. A tipster says:

“How nauseating to read that Mark Scott and Kate Torney regularly call Leigh Sales to see if there is anything they can do to make life easier. This in an organisation that puts up so many roadblocks in helping women return to work after maternity leave. This article is a very distorted view of a few chosen ones who dare to comment given they enjoy huge salaries — can afford nannies — and are feted at every turn. Remember the vast bulk of staff in the news division earn a fraction what these women do”

One insider told Crikey the piece was “so galling for people who’ve been through a load of shit” and that HR was often viewed as insensitive to the needs of employees.