APRA’s capital move may put a lid on house prices

APRA has responded to the Murray Inquiry's call for higher residential mortgage capital requirements for banks, which may have flow-on effects through the economy, Glenn Dyer and Bernard Keane write. 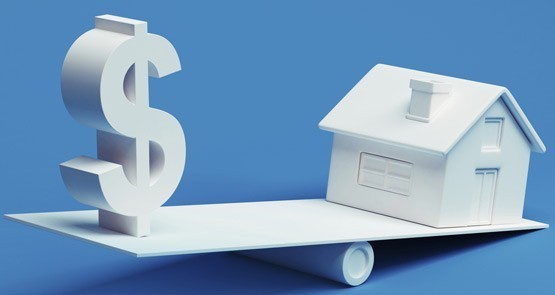 The Australian Prudential Regulatory authority — the key banking regulator — has moved to boost the amount of capital big banks must hold against all residential mortgages from next year, a move likely to put a lid on the housing booms in Sydney and Melbourne over the next year to 18 months.

APRA said this morning that from July 1 next year the big banks and others using what’s called an internal ratings-based (IRB) approach to credit risk would have to lift the average risk weight for residential mortgage from 16% to 25%. That is an interim move, and the regulator said the final figure would not be known until global banking regulators have finished work on changes to the global capital adequacy for banks. Seeing that a number of countries around the world are experiencing rapid housing booms (and a build up in debt) — including Hong Kong, Singapore, Canada, New Zealand, the UK, Denmark, Norway and now part of the US — the final word on capital adequacy so far as residential loans are concerned might end up a bit higher. Global regulators are very concerned at the growing threat from rising household debt from these housing booms.

APRA’s changes will force the banks to add an extra $11 billion to their capital base to allow them to finance their gigantic holdings of home mortgages. Coming on top of the estimated $28 billion the banks will need to find to meet the new “unquestionably strong” capital rules, announced last week, the big banks in particular face a tough two to three years so far as profits and costs are concerned — a situation that will have implications for the health of the sharemarket and the portfolios of millions of self-managed super funds and other investors.

Housing finance approvals have already started slowing (in the May data from the Australian Bureau of Statistics) and this move may weaken housing finance for new home construction — which is also showing signs of slowing. That will flow through to the rest of the economy, because new home and apartment construction is supporting the economy through the transition from the resources investment boom. That growth will slow as the banks adjust their capital bases and interest rates to meet the new risk weights and that in turn could slow the new home and apartment sectors over the next year to 18 months.

APRA’s move is in line with the recommendation from the Financial System Inquiry chaired by David Murray. In his interim report last year, Murray said “the increase in housing debt and banks’ more concentrated exposure to mortgages mean that housing has become a significant source of systemic risk”. That view is supported by APRA and by the Reserve Bank in last week’s submission to a federal parliamentary inquiry into housing, where the RBA called for debate and consideration of changes to things like negative gearing and the capital gains tax discount on investor housing. The RBA sees these as helping unbalance the financial system and increasing systemic risk.

The banks have known both capital increases have been coming for a while, though they’ve been resisting them. “CBA has been working on a number of options for managing our capital over the coming year,” the Commonwealth announced this morning.

APRA’s move may end up being the most substantive policy shift on the housing boom, one that Tony Abbott and Joe Hockey have been content to use for political purposes rather than consider as the potential systemic risk that Murray and the RBA see it as.

To be fair to Hockey, though, he initiated the Murray Inquiry, which provided the momentum for these increases in capital requirements, even if it has been left to the regulator to introduce them. If there prove to be growth implications for the residential mortgage increase, Hockey — assuming he’s still treasurer — will have to deal with the consequences.

Well that’s a disappointment.
For a second there I thought the article was about APRA the Australian Performing Rights Association moving into property as a eay around lack of arts funding in this country.

Banking certainly has come a long way since the Venetian/Levant axis.