What is the point of indigenous recognition?

Many Australians don't know whether they would support a measure to recognise indigenous Australians in the constitution. Freelance journalist Andrei Ghoukassian looks at both sides of the issue. 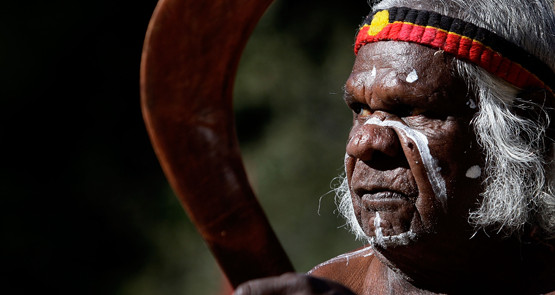 This week’s Essential Report reveals that a majority of Australians would support the recognition of Aboriginal and Torres Straight Islander people in the Australian constitution. While 62% would support recognition, almost a quarter of respondents were not sure which way they would vote in the event of a referendum. An expert panel assessing Australia’s readiness to support constitutional recognition found that “levels of awareness and understanding of why change is needed, and what it would mean, are still low”. So what’s it all about, who wants what, and why?

Who started the push, and when?

The Aboriginal and Torres Strait Islander Commission had been pushing for constitutional change before its abolition by the John Howard government in 2005. A 1995 report, Recognition, Rights, and Reform, listed constitutional recognition as a top priority. But the campaign for recognition is part of a long of history of activism stretching back to the successful national referendum in 1967 to include Aboriginal and Torres Straight Islanders in the census. For many, the campaign for recognition is about completing a task begun nearly 50 years ago.

The campaign also aims to remove two sections of the constitution that refer to race. Section 25 allows the government to disqualify persons from the right to vote on the basis of race, while section 51(26) allows the government to make special laws for groups based on race. Both of these sections have been used exclusively against Aboriginal and Torres Straight Islander people. So it’s not just about recognition, but removing the government’s ability to pass unjust and discriminatory laws.

An expert panel was assembled in 2010 to compile a report into indigenous recognition, with the goal of building bipartisan consensus and mapping a possible pathway to constitutional change. That report recommended the government support the cause through Reconciliation Australia, the group that has subsequently kick-started the Recognise campaign.

In 2012 Parliament passed a bill acknowledging the unique and special place of Aboriginal and Torres Straight Islanders in our nation’s history. The bill came in to effect in March 2013, and included a provision to appoint a review panel to further assess the viability of a referendum on indigenous recognition.

A joint committee of parliamentarians was also established to discuss recognition. The committee handed down its final report last month with recommendations to not only remove the “race powers” sections of the constitution, but also — in agreement with the expert panel — to go further and include explicit protections against racial discrimination.

What are the arguments for and against?

The main argument for change is that the current constitution begins our national story with the arrival of the British, ignoring more than 40,000 years of Australian history. Changes to the constitution would ensure equality before the law and guarantee that indigenous people’s profound contribution to our country finds a “rightful place”, as Noel Pearson put it, in our founding document. Those in favour of change believe it will be a major step toward reconciliation, binding the chapters of our nation’s history into a shared narrative of which we can all be proud.

For those against recognition, there are generally four arguments:

Submissions to the expert panel reflect some of these views. Submission number 141 says, “Constitutional recognition of any one particular race does not equate to equality. In fact the opposite is true, as such recognition singles out one race and raises it above all others.” Number 1187 complains, “I thought all citizens of Australia had equal rights. As far as aborigines go they seem to have more rights than their fellow Australians.”

Who is for recognition?

A lot of people. All the major political parties are on board, a rarity in Australian politics, and public support remains high. Tony Abbott has promised to “sweat blood” to make it happen, and Opposition Leader Bill Shorten has also publicly supported the campaign. The Recognise website features testimonies from dozens of politicians, activists, academics, and sportspeople all arguing for change.

The expert panel’s consultations found that 85% of respondents “strongly” agreed with constitutional recognition. A large majority of the submissions received by the expert panel also supported recognition­­, with 97% of those in favour coming from organisations and 82% from individuals.

Who is against it?

Around 15% of Australians, give or take. Some prominent indigenous Australians, including activists and academics like Gary Foley and Robbie Thorpe, are also against the proposal. Foley believes constitutional change is a “token gesture and will mean nothing in the long, so it’s a waste of time for people to even be talking about it”.

Meanwhile, former Labor MP Gary Johns has started a counter campaign — complete with odd website — called Recognise What?. The group aims to inform the public about the “very risky and radical” changes.

What is the proposed wording of the amendment?

A draft bill included in the expert panel’s 2012 report uses the following wording:

Recognising that the continent and its islands now known as Australia were first occupied by Aboriginal and Torres Strait Islander peoples;

Acknowledging the continuing relationship of Aboriginal and Torres Strait Islander peoples with their traditional lands and waters;

Acknowledging the need to secure the advancement of Aboriginal and Torres Strait Islander Peoples;

the Parliament shall, subject to this Constitution, have power to make laws for the peace, order and good government of the Commonwealth with respect to Aboriginal and Torres Strait Islander peoples.

However, as evidenced by the discussion in the joint committee’s recent report, this is all still very much up for debate.

Is there an international precedent?

Canada, the United States and New Zealand have all included recognition of indigenous peoples in their constitutions. Finland, Denmark, Norway, Sweden, Bolivia, Brazil, the Russian Federation, Columbia, Ecuador, Mexico, South Africa, and the Philippines have all pursued constitutional reform. The joint committee report said the outcome of these cases “provides encouragement that such recognition can be successfully achieved with the support of a majority of the population”.

What practical difference would it make?

According to indigenous lawyer Michael Mansell, none. However, a coalition of more than 100 health groups and workplace bodies believes recognition has the capacity to significantly improve the health of Aboriginal and Torres Straight Islanders and further close the gap between indigenous and non-indigenous Australians. An improved sense of self-esteem and dignity could also lead better mental health outcomes, according to one submission to the expert panel. And if changes are introduced that disallow laws that discriminate based on race, it could have consequences for government actions such as the controversial Stronger Futures Policy. Others believe constitutional recognition will also make it easier for future generations to preserve and protect Australia’s unique heritage.

I’d suggest that, as usual, Crikey is asking the wrong question. It should be what is the point of your never-ending talking about indigenous recognition which never addresses the key question which is what is to be done about working towards developing a workable Proposal and then setting about EXPLAINING to Australian Citizens WHY it should be supported.
The grossly inept meanderings of the Republican Movement prior to the 2000 Referendum ensured that not even one State supported it. Why make that same mistake again?

They are making a big mistake by combining two entirely different things, IMHO.

Personally, I’m happy to remove references to race from the Constitution.

For the same reason, I’ve got no interest in putting them back in.

A poll of Indigenous people a few months ago found a clear majority against recognition, tho I don’t know how valid the poll was.