Bill Shorten's late declaration from the 2007 election is online and involves a bigger sum than previously thought. 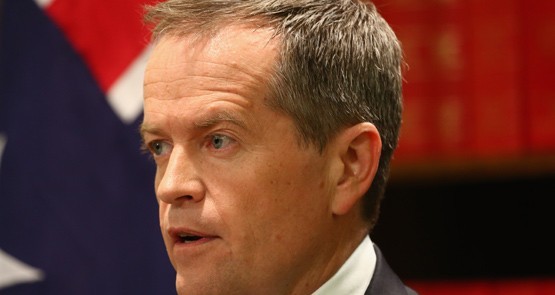 Last week, Shorten admitted that the salary of Lance Wilson, a worker on his 2007 election campaign, which had been partly paid for by labour hire firm Unibuilt and partly by the Australian Workers Union, had not been declared by the Victorian branch of the ALP in its donation disclosure for 2007. Donations, including in-kind donations, over a disclosure threshold (that year, $10,500) have to be declared by both the donor and the party receiving it to the Australian Electoral Commission. The royal commission heard from counsel assisting Jeremy Stoljar that the sum not declared in relation to Wilson was approximately $40,000.

The amended declarations, now online on the AEC site, were sent by the Victorian ALP last Friday, two days after Shorten’s evidence. Shorten told the commission he had alerted the ALP to the failure to declare the previous Friday or Monday. The amount not previously disclosed for 2006-07 and 2007-08 totals $54,742, composed of a donation in the 2006-07 financial year from Unibuilt of $12,587 and $42,968 paid for by the Victorian branch of the AWU in 2007-08.

In addition, the new 2007-08 disclosure includes another $11,774 donated to the Victorian ALP by the national office of the AWU, of which Shorten was national secretary at the time. The disclosure is the Victorian branch’s fourth amendment for that year; the 2006-07 declaration for the Unibuilt donation has been done in such haste, a 2007-08 form was used and the dates (mostly) crossed out.

Unibuilt failed to declare its donation in 2006-07 or any other year, but the company no longer operates.

Zeke, it’s NOT news. What would be news on this site is the Crikey Censorship not censoring my inoffensive Posts.

See what I mean Zeke?

For Pete’s sake. So what, in the scale of things, and other current goings on? Onto the bandwagon!
Get your act together Crikey. You’re becoming a waste of time and money.

As Cromwell said to the Rump Parliament, “You have sat too long for any good you have been doing lately… Depart, I say; and let us have done with you. In the name of God, go!“, slightly more elegantly than Hogg to the Chump that remains leader of the Rump ALP.