Rundle: no one cares about Shorten’s AWU days — and no one goes to the pub anyway

The "pub test" is a completely fabricated construct. There is no "real Australia" who go to the pub and discuss union politics anymore. 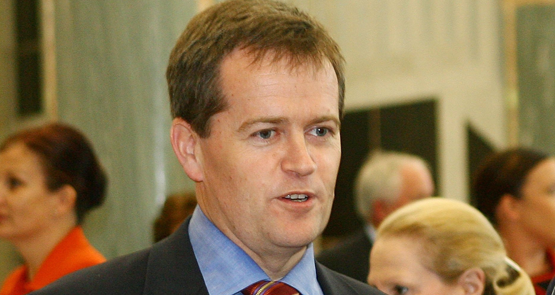 Years ago, Peter Costello did one of those 20 questions-type interviews — last time you laughed, what was the breed of puppy you were torturing at the time, etc, etc — to make him look more human. Tough stuff, when you’re one of those shape-shifting lizards that rule us secretly, and he didn’t make it any easier with this exchange:

Which came to mind last week, when everyone was prattling on about how Bill Shorten had failed the “pub test”. In other words, a whole section of the political/media caste were trying to apply some test of ordinariness, and acceptability, based on something they almost never do: go to a pub.

It’s a long time since Bob Hawke ran the ACTU and the country from the front bar of the John Curtin, or the Herald was put together in the front bar of the beloved Phoenix (demolished by hipster hoons, sadly). Today’s Australia is divided between those who maintain a rigorous control of their lives — which includes most of the political/media caste, subsisting on mineral water and yoga — and the rest, who don’t, one subset of which is “people in the pub”.

“The pub test” is thus not something that the political/media caste can rely on as something lived. It’s already anthropology and projection, like asking what so-and-so’s mob will say or the Sydney Greek Orthodox synod. It posits a “real” world of Australians meeting face to face, and attributes to them a certain set of attitudes, based on an assumed naivete: “Hey, Bill Shorten can’t fund his intra-union struggles via a questionable deal with a foreign company! That’s not the sort of thing we simple folk do! Let’s all clog dance!”

What people in the pub actually think about the Shortenanigans, thus, has nothing to do with actual pub talk, but about it being a simple “other” to the streamlined pseudo-politics of our era. But of course people in the pub aren’t “the people”, either. The idea that “the pub” is some sort of repository of mainstream Australian activity. In the past decades, pub attendance in Australia has plummeted — as has the number of actual pubs.

It’s been quite a while since Australia had a genuine pub culture that matched that of a genuine example of the thing — the UK, for example, where everyone has a “local”, and where, when a village loses its pub as a commercial venture, it is revived as a community asset, collectively run as a non-profit. Even a younger bar-oriented generation tend to have a “local” and see it as a place, a forum, something you maintain by regular attendance, and thus it does become a real forum of sorts.

Such a culture depends on two things: urban density, and the limited use of the car. Suburbanisation does not necessarily kill it, but the general use of the car does. It becomes easier to go from work to home. The pub becomes a specific detour rather than a drop-in, and then it stops being that. And then it closes down. Through the inner city you can note the hundreds of shuttered pubs by the distinctive architecture — the larger buildings on corners, longer run of windows, now houses for lawyers.

But it’s happened further out, too. You just don’t see it, because pubs of the middle-ring of suburbs of cities are simply gone, demolished without trace. They weren’t helped early on by the introduction of six o’clock closing in some states, from WWI to the 1960s — but they revived after that. They began to decline again when social patterns changed, and the era of the suburban big-barn pubs rose and fell.

Yeah, of course Australians go to pubs — but mostly, Australians go home. We were the most urbanised country on Earth, then the most suburbanised, and now we are the most podded. We go to work, we go home, we watch big screens, occasionally we go out, that’s it. Our arena of social life is extremely mediated, which is one reason why crazy pseudo-issues can take off and run for weeks. There is no central focus, no res pub, to clear it away. The incessant reference to the “pub test” is a sign that it doesn’t mean much.

Which is one reason why Bill Shorten is in the clear over the union stuff. Yeah, the whole idea of unions taking direct payments from business to fund intra-union campaigns, while at the same time making deals “on behalf of” their workers, is pure crap. But the idea that unions like the AWU are some sort of genuine workers’ public institution is of a piece with the “pub test”. The AWU is a state/corporate behemoth, locked into the process of system reproduction, no more the property of its members than this country is a “commonwealth”.

People who are “members” of the AWU have the same relationship to it as they do to “their” pub. For decades, from the moment they start work they have their fees deducted at source, see an occasional rep, and — for millions — have no clear idea what a union does. The office-bearers, and even the reps, are uni-educated student politicians making their bones, who have no relation to the workplace. The chance of voting on a deal with any real information about it is nil. The difference between the presence and absence of a union may be real, but the appearance of it is often nil.

So the idea that Shorten’s funding of his internal politicking would be a shock to people is of the same self-serving romanticism of the “pub test”. It’s something that the left-liberal media/political caste love to do — pretend that real politics exist somewhere, and that this mass-produced, complicit, bureaucratic shoehorning of the people into a smooth process is the anomaly rather than the rule.

People aren’t going to assess Bill Shorten on whether he passes the pub test or not. They’re going to make a decision between one or other of the lizards, and what their parties are offering, which is why the outfit led by Shorten — the political equivalent of a wank sock — continues to lead 52-48. This is not an example of the people being fooled, it’s an example of them not being fooled. They know that Shorten and Abbott have far more in common with each other than they have with anyone voting for them, and they’re not fussed by the fake outrage of a royal commission into trade unions. The pub test has far more to do with the mythologies the caste need to live by than with anything really happening. 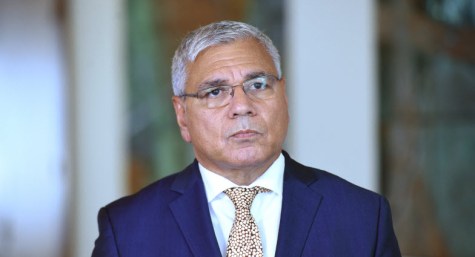 Rundle: the return of the political class

Shorten urged to give ‘a proper answer’ at royal commission

Rundle: four ways the Labor Party could save its bacon

Based on your interpretation of what people mean by the Pub Test, I assume that if a friend told you someone had gone Beyond the Pale you’d think the person referred to had travelled outside the immediate environs of Dublin?

I went to a pub recently and it was Morris dancing we were doing.

I think that sound is Grundle whistling in the dark. It looks bad, smells bad and sounds bad for a simple reason. It is.
The sooner Shorterm’s incompetent incumbency ends the better for the nation’s body politic.
This will not be the same as good for the LibLite wannabes of the SussexSt Lubyanka.

‘the Pale’ in the saying in question refers to the Pale of Settlement in Tsarist Russia – a line which restricted which areas Jews could live in. If you’re going to bait, make sure it’s live bait. Mate.

You took the words right out of my mouth, Guy.

Our media likes to come up with hurdles, barriers, limits or whatever contrived restriction they can get away with to build a story where there is nothing but air.

All these ‘catchline’ labels and boxes that make for sexy front pages are as meaningful as who wins the latest reveal on some ridiculous tv show about knocking down walls with sledge-hammers.

It’s what got us this ludicrous govt. Media showering us all with meaningless stuff that is meant to dazzle but hides, especially from the gullible, the empty vessels who reside behind the headlines.

What I didn’t get (and still don’t) is why the commentators choose to pretend they did not know how the real world works. Like naive little petals, they act aghast over the usual inner workings of institutions and business and invoke ‘pub tests’ when we all make decisions on the recommendations of others, or bargain for the best outcome.

And while I certainly don’t condone the misrepresentation of job titles, anyone who has tried to get an appropriate job title on govt websites, insurance or worker’s compensation classification, will find themselves hard pressed to get an accurate description if the job you do is a little out of the ordinary — I know this from personal experience.

Perhaps Mr Stoljar could see if he can find Workers comp insurance for ‘Political Campaign Director’? Chances are he’d have to settle for some generic title like ‘Consultant’.