Legendary tabloid editor Col Allan reeks of hypocrisy (and something rather more unpleasant). And other media tidbits of the day.

Black out. After a decade at Private Media, editor-in-chief Sophie Black yesterday announced her departure.

Black joined Crikey as a journalist when it was bought by Private Media 10 years ago. She rose to the rank of editor, but left in 2012 to have a baby. She returned two years later as Private Media’s editor-in-chief, responsible for editorial at all Private Media’s publications, including Crikey. But she told staff yesterday she was leaving to embark on a new project, which “might be a book” and “might be a fellowship” but was definitely not a competitor to Crikey (phew). Your correspondent attempted to solicit more information at a company meeting yesterday, suggesting Black clearly had at least a topic area in mind, but was shot down by the departing editor-in-chief who said, with the adamant tone of someone fearful of voicing an idea lest it slip through their fingers: “Shut up, I’m not ready to talk about it.”

In a statement, Private Media CEO Jason Kibsgaard said Black’s time as editor-in-chief had been characterised by an emphasis on “communication and collaboration”, and of providing mentorship to Private Media’s title editors. “As an integral part of our leadership team she has contributed to the ongoing strategies of each publication as well as serving as a public voice and advocate for Private Media within the industry and the wider media. Of course, Sophie has a special place in Crikey’s heart. She came on board in the very early years to eventually become an outstanding editor who built a fantastic team to lay a very strong legacy for the publication.”

She leaves at the end of the month. — Myriam Robin

Stench of Col Allan’s hypocrisy infects New York nostrils. The New York Post is largely ignored these days as Col Allan’s disastrous editorship draws to a close, but recently the rag has been taking on an extra air of feralness. Over the weekend, Allan decided to splash with three consecutive days of “coverage” of the peeing habits of an Upper West Side homeless man, dispatching 16 dipshit reporters and multiple photographers to capture the scoop — we’e glad to report, Crikey alumna Amber Jamieson (now at the Post) was not among them . The alleged aim was something about the decline of Rudy Giuliani’s “broken windows” policing policies but the effect was to humiliate 49-year-old John Tucker for life. What Post readers probably don’t realise is that Allan has a public pissing record far worse than the defenceless victim he pilloried on two front pages.

Crikey readers will recall the profile of Allan in Crikey‘s very first edition on February 14, 2000, which was picked up by The New York Times. It was cryptically headed “Pissing in the sink”, and Stephen Mayne fully explained the reference a month later. During his reign of error at The Daily Telegraph, Allan would routinely relieve himself in a kitchen sink in his office during editorial meetings, horrifying all present. Once, Lachlan Murdoch nearly copped it. On Monday, in an especially execrable piece, Post reporters Harry Shuldman, Carl Campanile, and Bruce Golding sledged Tucker as “foul smelling”. But what about Col’s unique scent? “The smell emanating out of the sink was legendary,” Mayne explained. “Copy boys have been sent out to get some Domestos and Draino from time to time. The plumbers were even called in at one point.” Seems like a good time, Col, to take your head full of shit and piss off back to Sydney. — Andrew Crook 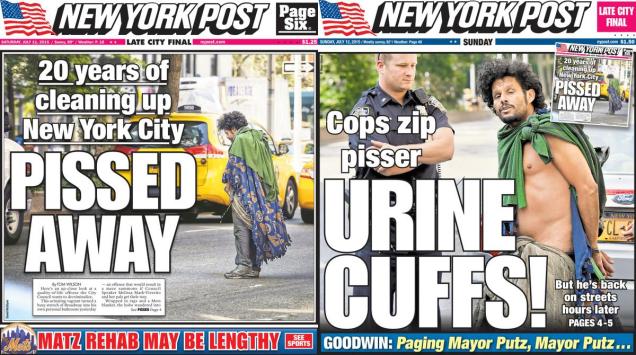 Give us something we haven’t seen before. Viewers of Nine and Seven will have realised by now that they both have restaurant style reality programs coming. Seven’s is called Restaurant Revolution, Nine’s is called Hot Plate. Nine’s is the knock-off spoiler like Reno Rumble was against Seven’s House Rules. Both are very similar. Seven announced first and Nine conjured up the spoiler — which will end up being a waste of valuable money by Nine (as Reno Rumble was).

TV companies have the hide to complain about rising costs, moaning about paying staff too much, wanting government to cut taxes and charges and the reality is that they are pissing it up against the wall. All TV networks (the ABC and SBS can be excepted because of the vindictive cuts imposed on them by the Abbott government) have holes in their prime-time schedules that they can’t fill because they either don’t have the money (having invested it in high-cost reality programs), or they have no idea. It’s no wonder Nine and Seven’s shares are weak and Ten is waiting like Bambi in the headlights for the big bad Murdoch fox at Foxtel to blow everything down. Seven hit another all-time low this week of 88.5 cents. Nine hit a new low last week as well. Overspending on quick-fix reality programs won’t provide more than short term relief. Winners & Losers returned to Seven’s schedule last night after House Rules and clocked a respectable 1.074 million viewers — 646,000 metro and 426,000 regional viewers (see, there’s that strong regional support for Seven). Next week it moves to 8.30pm, which could be tough. Seven needs more of these programs, but they are expensive and hard to make and sustain in these days of blinkered beancounters. — Glenn Dyer

Video of the day. In honour of New Horizons and its epic journey to Pluto, we thought it appropriate to revisit Sam Seaborn’s wise words about space exploration. Here’s to you, Pluto. You’re next. 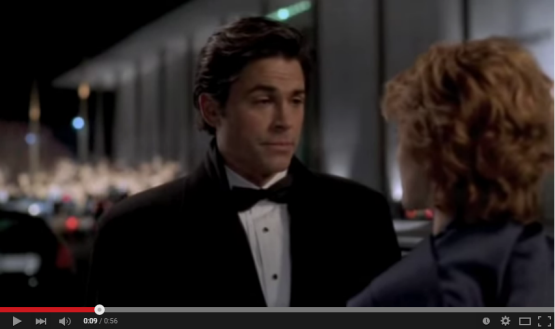 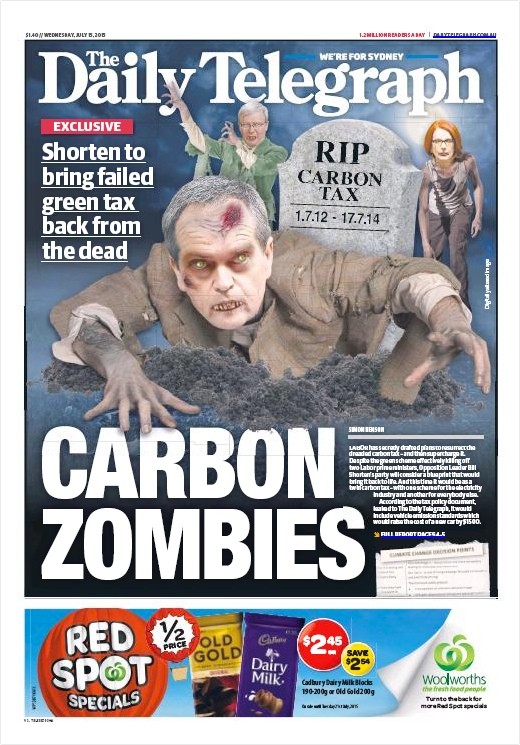 Reading the stupid story about the zombie carbon tax on line, I was struck by one thing. No room for comments. Seeing the comments, of late, have been split between Moloch morons egging the idiots on and seemingly sane Smelly readers speaking up against the propaganda, I wonder whether there has been a decision tocan the commentary?

and the other thing I wonder is, are Australian electors going to fall for Whyalla Wipeout/ $100 leg of lamb again?