Alan Morison is facing up to seven years in a Thai prison for reporting on one of the most important human rights issues of our time. 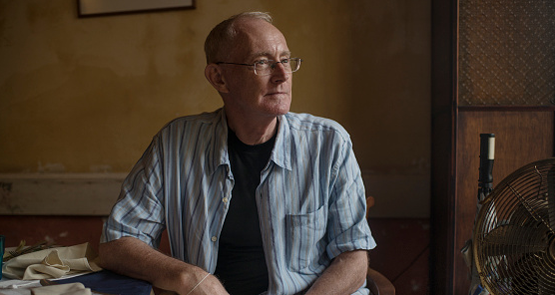 The political and legal entanglements for Australian journalist Alan Morison are only getting tighter as his three-day trial begins today. He is charged with defamation of the Royal Thai Navy and “computer crimes”, which carry a maximum seven-year jail sentence.

Unlike many Australian journalists who spend their days reporting the “he said/she said” back and forth of Australian politics or writing indignant attacks on other media companies that readers don’t care about, Victorian Alan Morison has a real job.

Thailand-based Phuketwan — the website Morison, 67, began in 2008 with his Thai colleague Chutima “Oi” Sidasathian, 34 — has become the gateway for one of the most important stories in south-east Asia: people smuggling and human trafficking.

“Because we were on the coast not long after we started the website we kind of stumbled onto this issue of people smuggling and human trafficking,” Morison told Crikey. “And we kept going because, really, no one else seems to care very much.”

The people being smuggled — and sometimes trafficked — are Muslim Rohingya from the northern Burmese state of Rakhine. They are so unwanted by their own country they do not have citizenship there and are subject to conditions that in many cases resemble apartheid, aid groups have said.

So successful was the people smuggling trade that some smugglers turned to human trafficking, and people from neighbouring Bangladesh began to become part of the trade.

Phuket, the famed holiday island that sits between the Thai mainland and Andaman Sea, is only a couple hundred kilometres or so south of the border with Myanmar.

Many of the Rohingya and Bangladeshis were dropped off onto small islands just off the Thai coast, not far from Phuket, loaded into trucks and shipped by road down the Thai coast to jungle camps near the Malaysian border.

Like most of us in media, Morison was never a superstar, never a well-paid name, never someone who confected controversy to keep his name up in lights. Morison told me he didn’t want to be a martyr. Who does? But he wants to do what he knows is right.

So bizarre has this case become that the Thai government has called Sidasathian in to help them to figure out how to deal with the refugee problem besetting the Phuket region. Handling the matter in a classic Thai way, the government has tried to pretend it doesn’t exist until the facts just became too brutal and obvious to be ignored.

Help us, they say, but we will not help you.

Are they any worse than the Australian government, which has set an international precedent by turning back the boats just as countries in the Asian region have done to the Rohingyas and Bangladeshis in recent months, leaving many to die on the high seas?

The answers are not easy, but at some point humanity and decency, not to mention ethics and international law, must step in.

However, there are plenty of people in the Australian government, led by the Australian embassy in Thailand, who have been forthright on Morison’s case. Australia’s representatives have been careful not to provoke a situation where they can be ignored by a tough and uncompromising military government. There are no easy answers.

Is it any coincidence that Reuters has one of the main software hubs for the financial services platform that rakes in much of the profits of its parent company, Thomson Reuters, in Bangkok? Reuters did not respond to emails for comment.

Journalists never like to piss in each others’ pockets too much, unless it’s late at night at the Walkley Awards, or some such love fest. But Australian journalists — and indeed all Australians — should be terribly proud of Morison and Sidasathian. They are an example of what we should strive to do: to make a difference and speak truth to power.

The journey to a trial has been full of emotion for Morison and Sidasathian. Both their fathers died within days of each other, just three weeks ago.

Morison last saw his father in February this year. When Sidasathian spoke to her dying father, a regular bloke from Thailand’s vast and frankly poor north-eastern province, known as Isaan, he told her only a few weeks ago: “My daughter, my daughter, you will succeed.”

No matter what happens to Morison and Sidasathian, he will be right. And in that there is a lesson for us all.

excellent stuff! Sadly this case does not have much prominence at the moment, while we worry about whether a whole lot of bogans can get home from their cheapie holiday in Bali and who is, or isn’t, appearing on Q&A.