The scope of ICAC's powers is being reviewed by a team of legal heavyweights. 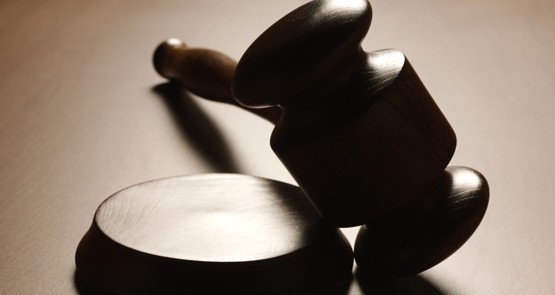 The taming of the NSW Independent Commission Against Corruption (ICAC) is in full swing, with Murray “Smiler” Gleeson, former chief justice of Australia, set to deliver the hammer blows.

Assisted by senior Sydney silk Bruce McClintock, Gleeson is calling on Sydney’s community of legal heavyweights to give their views on the future powers and duties of the nation’s most successful anti-corruption watchdog.

One legal eagle with uncompromising views on ICAC should be sent a calling card as well. Peter McClellan QC, the former NSW Supreme Court judge currently heading the royal commission into child sex abuse, was an early ICAC critic, warning almost 25 years ago that it was being drawn into a legal abyss by its over-zealous use of sweeping powers.

Surveying the first 12 months of ICAC’s operation, McClellan delivered a damning commentary that has not soured with age but matured like the excellent wine that His Honour produces at his Hunter Valley winery.

Crikey has uncovered a 1991 paper titled “ICAC — A Barrister’s Perspective”, in which McClellan said the commission’s primary misconception was that it believed it had the power to determine the guilt or innocence of persons under investigation.

He pointed out that a 1990 High Court judgment had clearly defined ICAC’s role:

“The Commission is primarily an investigative body whose investigations are intended to facilitate the actions of others in combating corrupt conduct.

“It is not a law enforcement agency and it exercises no judicial or quasi-judicial function.

“Its investigative powers carry with them no implication … that it should be able to make findings against individuals of corrupt or criminal behaviour.”

McClellan, who acknowledged that he had appeared for clients before the very first ICAC inquiries, said a further error was made when the commission came to regard itself as a permanent royal commission embracing the roles of investigator, prosecutor and judge in all cases.

These roles were performed “without any apparent appreciation of the fact that for centuries we have structured our legal system to try to avoid the inevitable conflicts of reposing all these functions in one body,” he said.

During its initial inquiries in 1989-90, the NSW Greiner government’s anti-corruption body “set about using its extensive powers to obtain evidence and documents supported by the removal of the protection from self-incrimination”, said McClellan, who was an acting ICAC commissioner in the 1990s and once coveted the top job. “Much of this was done in a plethora of publicity which inevitably heightened public expectations of ‘guilty’ persons being ‘convicted’ by the commission.”

This enhanced public and media expectation that the commission would report “convictions” of various people targeted during public hearings, he said.

“The use of opinion polls is always troublesome when an issue requires decisions which express an understanding of significant principles. Their use in the present debate is quite unjustified.

“To ask 600 people, of whom few, if any, will have ever been to the ICAC, let alone read the Act or any of its reports, whether the ICAC is doing a ‘good job’ and thereafter rely on the response diminishes the debate.

“Indeed resort to public opinion polls suggests a reluctance to address the real and significant issues which are being raised.”

Premier Mike Baird ordered Gleeson’s review in the wake of the High Court decision in April to stop an ICAC public inquiry into allegations of perverting the course of justice against deputy senior Crown prosecutor Margaret Cunneen SC.

Baird attempted to allay fears that the Coalition intended to “rein in” the anti-corruption watchdog, saying: “We need a strong ICAC, and we will have one.”

Among the political and legal classes, however, there is a wide belief that many of McClellan’s early criticisms were valid and the scope of ICAC’s jurisdiction needs to be narrowed with restrictions placed on its “name and shame” public hearings.

No one doubts that ICAC will survive into the future, but the question is whether it will be able to do its job effectively if its teeth are drawn by Gleeson and the high-flying legal fraternity who report on July 31.

Baird has not sought the views of community representatives.

Want a federal ICAC? These are the Coalition MPs you should call

Wouldn’t be happening if it had not found dirt on hockey and co.