Multiplexes quake in their boots as Netflix gets new releases

Netflix is not just for old movies anymore, which is scaring the pants off cinemas. 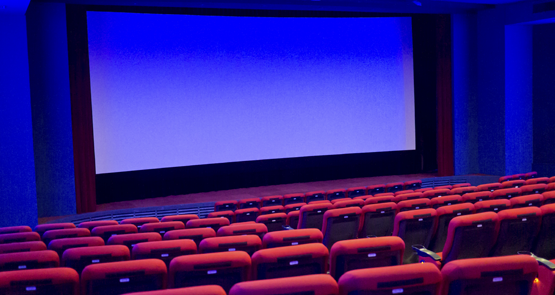 Imagine if a cinema’s business model was based not on ticket sales but monthly subscriptions. What would the benefits be?

Audiences visits cinemas not for films per se, but for film screenings — the essential difference being quality is less an impetus than the idea they are attending some kind of event. Thus airport-style scrolling electronic text boards announcing certain films at certain times in certain formats and a plethora of advertising pushing people to come at certain periods — usually opening weekend or the week after.

Box office is, by definition, a numbers game. Films live or die at the cinema according to how well they perform in dollars, cents and bums on seats. For one reason or another, plenty of bad films are successful and plenty of good films aren’t.

A business model based on subscriptions — where audiences pay not to see specific films but for access to a curated collection — would make the box office non-existent. While certain films would naturally attract more eyeballs than others, emphasis would be taken off individual titles and marketing campaigns associated with them, which frequently appeal to the lowest common denominator.

Last week, release dates were announced for a batch of major upcoming feature films, including a handful of new Adam Sandler comedies, another Pee-wee Herman movie and the sequel to Crouching Tiger, Hidden Dragon. All of these will be playing in cinemas that use a subscription model.

But by “cinemas” one ought to observe at this point that this is not cinema as we traditionally understand it. Perhaps cinema has become (or is becoming) a malleable term. In the current discussion, cinema could mean in your lounge room, in front of a big TV with your feet up on the couch.

Powerful exhibitor chains have been fearing and rallying against Netflix for a long time. This week, as they say, shit got real, with the video-on-demand service officially entering the first-run movie business — thus putting a fresh set of frighteners on a cinema exhibition industry already in a perpetual state of unease.

A slate of feature films will be premiering on Netflix. First cab out of the rank will be war drama Beasts of No Nation, written and directed by Cary Fukunaga (who directed all eight episodes of True Detective season one). After that Adam Sandler’s Ridiculous Six will arrive on December 11, and in the first quarter of 2016 Netflix will cut the ribbon on Pee-wee’s Big Holiday and Crouching Tiger, Hidden Dragon: The Green Legend.

The last release is ground-breaking. In dramatic rebuke of traditional theatrical distribution models, Netflix and The Weinstein Co. last year stitched together a deal to give The Green Legend a day-and-date release on Netflix and in IMAX cinemas. This is a turning point in the history of film distribution not only because it marks the first deal of its kind, but because the strategy behind it dispels an idea cinemas have been clutching onto for aeons: that there are certain kinds of films that simply must be seen on the big screen.

That argument resonated much more strongly a couple of decades ago, when the size of televisions in our lounge rooms was nowhere near the size or quality of TVs today. Cinema owners like to think that state-of-the-art sound systems and huge screens are the spiritual home for movies of a certain kind, such as spectacular-looking big budget productions with jaw-dropping backgrounds and awesome special effects.

In other words, movies like Crouching Tiger, Hidden Dragon: The Green Legend. This is why the deal is a huge blow to advocates (usually vested interests) of traditional theatrical distribution: it is set to remove the fantasy that audiences only want to see big movies in big venues. In the process, it will take away the middle-sized option — the standard cinema screen — and offer two extremes: the screens in your home or the big mammas at IMAX, which can fit life-size images of jumbo jets.

Such a release strategy poses issues for cinema purists to get their heads around, given pleasantries such as the smell of popcorn and the communal experience of watching certain kinds of films (such as comedies and horror flicks) are beloved parts of the viewing experience. We are heading towards a cinematic culture where those things won’t disappear; they’ll simply be there if you’re in the mood to experience them. If you’ve had a bad day at work and would prefer to veg out on the couch in the privacy of your home, you’ll be able do that too, without missing out on the latest releases.

The key word in this discussion — “choice” —  strikes fear in the heart of exhibitor chains desperately trying to buck an inevitable trend towards what-you-want when-you-want-it cinema. It also points to an exciting future for enthusiasts who value the quality of films first and foremost and everything else — the choctops, the popcorn, the people sitting in front of you — as add-ons.