Shorten urged to give ‘a proper answer’ at royal commission

After a fairly uneventful hearing yesterday, things are finally heating up for Bill Shorten at the Royal Commission into Trade Union Governance and Corruption. 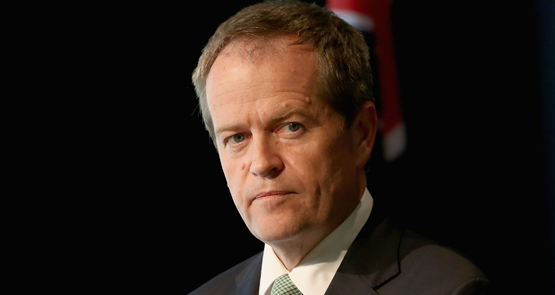 This morning at the $80 million Royal Commission into Trade Union Governance and Corruption we are back into familiar territory for lengthy legal investigations. There is an increasingly snippy witness in the box, a very large bundle of documents and a whole room of expensive lawyers who are being paid by the hour.

The public gallery has thinned, and no wonder. Time can move very slowly when a silk is painstakingly trying to mount an argument, page by page, in the face of total opposition from the witness. Counsel assisting Jeremy Stoljar SC is taking Opposition Leader Bill Shorten through a bundle of invoices issued in 2006-07 by the union of which he was the head, the Australian Workers’ Union.

Stoljar is trying to show that the union “dummied-up” a whole lot of invoices in order to account for a $300,000 payment from construction giant Thiess John Holland in relation to the EastLink project in Victoria, where Thiess John Holland cut the workers’ conditions and ultimately saved the company as much as $100 million on the construction costs.

It has been suggested that the employers were using the money to pay the workers’ union fees, an arrangement that benefited the union and boosted its power base within the ALP. The AWU is a training ground for Labor politicians, and Shorten followed a well-worn path when he left the job of national secretary of the union to enter federal Parliament in 2007.

Stoljar asked Shorten about a $38,750 invoice for health and safety regulation training, $35,000 in invoices for advertising in the union’s journal, The Australian Worker magazine, and various other invoices, including paying $4545 for four tables to the 2007 AWU annual members’ ball.

Shorten has vehemently denied that these were fake invoices, saying that they were all legitimate. While the company did not have to pay for ads in the journal or ball tickets, it did that to build up good relations with the union, he said. He also said that although he was Victorian state secretary from 1998 to 2006, and national secretary for six years to 2007, he could not be expected to be across the detail of every single invoice issued by the union.

Things were moving so slowly this morning that Commissioner Dyson Heydon QC felt compelled to step in and hurry things along. The former High Court judge, 72,  has a very low-key style and in a quiet voice, almost sotto voce, he spoke to the politician, telling him he was “concerned about [his] credibility as a witness”: “It’s in your interest to curb these extraneous answers. Mr Stoljar has a plan … [it] may succeed or fail, but he’s entitled to pursue it. You are obviously an extremely busy person … but it may partly be Mr Stoljar’s fault but it is partly your fault that we are proceeding rather slowly through the material.”

The Commissioner then asked him to “put some concentration on your part on giving a proper answer, as full an answer as the question demands but no more than that”.

The Opposition Leader copped this with a slight tightening of the lips and, with a faint sigh, ploughed on. A few minutes later, during a pause, he shook his head ruefully but did in fact curtail his response, saying that he was “mindful of the Commissioner’s suggestion”.

Just before lunch, the Opposition Leader was being questioned by Stoljar about his role in enterprise bargaining: did he believe that his job was to go in as hard as he could for the members? Shorten agreed with this, and then Stoljar followed up with a question about whether that position was “fundamentally weakened” if he was concurrently negotiating a secret deal by which money was paid directly to the union. Shorten denied this, saying “I don’t agree with your characterisation”, before losing his cool somewhat: “You talk about conflict of interest. Why is it some people assume that negotiating with a union in terms of improving the union’s ability to deliver services there is a conflict of interest? The truth of the matter is I don’t start my negotiations with a company assuming that we have diverse irreconcilable differences. My interest is in making sure members do well.”

Yesterday, the commission heard that the AWU had failed to declare a $40,000 donation Shorten had received from labour hire company Unibilt. This was in the form of payment of the salary of Lance Wilson, the director of Shorten’s successful 2007 campaign for election to the seat of Maribyrnong. The payment was made at the same time as the company was negotiating an enterprise bargaining agreement with the union. Shorten said yesterday afternoon that he had only recently become aware that this had not been declared to the Australian Electoral Commission as an electoral donation; the disclosure was made earlier this week. However, he vehemently denied that this was done because he was concerned about being questioned about it by the commission.

In future evidence, the commission is expected to question Shorten about various payments made to the AWU by builders Winslow, cleaning firm Cleanevent and others.

If Abbott & the LNP are enjoying Shorten’s squirming then they should lap it up while they can. Should the Royal Commission inflict sufficient damage to Shorten then there may be no option but to fall on his sword while the ALP celebrates Anthony Albanese as the new Opposition leader.

It’s so blatantly obvious that the intent of this royal commission is to damage Bill Shorten’s reputation, it’s not even funny. Where are the thousands of other union bosses who are probably guilty of ignoring a few things?

Nope, who cares, it’s all about Bill Shorten. What a farce.

It’s Joe Macdonald that they should be grilling. He would make mincemeat of any overpaid lawyer.The CMFEU in WA
screwed the employers but looked after the boys.We loved going home at 10am on rainy days and hot days and making triple time on Sundays.
I remember asking Kevin bloody Reynolds years ago as we were readying for war with Iraq as to what he thought. Fuck Iraq was his response, and we did.

“The hearing continues.”
That’s what it’s there for.

When Abbott used his Parliamentary office to organise and pay his personal travel expenses that were incurred promoting the sale of his book he was attempting to obtain benefit for which he was not entitled. That is a sample of dummied up invoices.