There is so much that needs to be said about food labelling in Australia. But, as usual, inanity prevails. 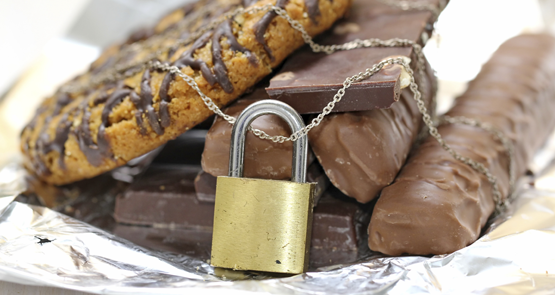 This week, the Australian chapter of an independent health research group published its study on food products marked “gluten free”. The George Institute for Global Health survey of more than 3000 products was led by Dr Jason Wu, whose message to consumers was clear in an organisational press release marked “Don’t Believe the Hype”.

Using the government-endorsed health star rating (HSR) as a measure, researchers, whose work can be read in in the British Journal of Nutrition, compared the nutritional value of foods labelled “gluten free” against their non-GF product equivalents. In news that will surprise no one with both a gut and a mind of reasonable utility, GF products scored no extra stars than their impure counterparts and, in many cases, scored lower. Junk food, it seems, is junk food, and the GF label is, in most cases, just a tip-of-the-hat to the unhealthy Western appetite for both snacks and quasi-science.

There are, said researchers, an afflicted minority who must avoid the consumption of gluten to maintain long-term health and avoid short-term discomfort. Coeliac disease, the condition whose symptoms can be managed through avoidance of the protein, has a national prevalence estimated at between 1 in 500 to 1 in 100, and a case has been made for screening in the Australian Medical Journal. But, says Wu, there is no need in most cases for avoidance of the stuff whose lack expressed on labels is little more than a “health halo” that promises but does not deliver a range of benefits. “Many people need gluten-free food, but there is a growing group who are only trying it for its apparent healthiness,” he said. However, “we found on average that gluten and gluten-free foods are just as healthy or unhealthy as each other”.

The organisation is driven by concern that consumers are making a misguided effort to improve their health through nutrition. “Fancy labels on gluten-free foods have the potential to be used as a marketing tactic, even on products that traditionally don’t have any gluten in them anyway,” said Wu, who mentioned the high cost of gluten-free. Like the manias for diet based on quasi-knowledge or compromised science that have come before and since, this demonisation of gluten serves only confusion and distracts from the fairly stable message of dietary science, which remains: eat food. Not too much. Mostly plants.

Given a belief so widespread in the evil of gluten that jeremiads are published to dishonour it and the scientific community tries to counter these with studies of the George type, you’d think you might find a single sane gluten-related submission into the inquiry proposed by Senator Cory Bernardi on food third-party certifications. An inquiry that alleges, by the way, to be about all food labelling and not just that provided by the nation’s halal certifiers.

While it is true that the GF label is not regulated by a single body and can be used by any company that recognises that people are idiots, it is also true that the overwhelming majority of the 440 submissions by individuals betray no interest in sticking to the rules. “SAHRIA [sic] LAW HAS NO PLACE IN AUSTRALIA,” say one couple, admirers of majuscule. “I try not to buy Halal products as it is supporting Muslims no one should have to pay a tax on someone else’s religious beliefs, you are probably funding terrorism, dont (sic) laugh, we are all like sheep being led astray BE WISE STOP THIS” says one particular outraged citizen, stubbornly failing, like Bernardi, to acknowledge the veracity of the investigation by the Australian Crime Commission into the matter.  The organisation said last year that it was “not aware of any direct links between the legitimate halal certification industry and money laundering or the financing of terrorist groups”. Nor is this declaration enough to convince another gentleman, who is concerned for the “roll (sic) religion is playing in this nation” and abroad where, the citizen proposes, halal certification monies may flow to fund, you guessed it, terrorism.

“In the civic spirit of not being an arsehole, perhaps we do have a responsibility to consider how responsible food labelling may assist the health of the nation.”

I was able to endure only about 300 of the submissions, and these I found more emotionally draining than gluten is purported to be. But this incomplete survey upturns just a single urging for labelling on food that has anything to do with the properties of food. Oddly, it is in the first submission we find an entirely rational request for better labelling on foods deemed safe for diabetes, a much greater threat to the lives of Australian nationals than “SAHRIA” terrorists. Apart from that and a handful of submissions from Muslims who dare to explain that industrial food production sources its ingredients from such a broad range of ingredients that it is in the commercial interests of local producers to have their goods certified for export — a point also made by the Australian Food and Grocery Council — it’s all Facebook-activated cowardice of the “I won’t eat your death cult” variety.

It’s a great shame that organisations like the Q Society have provided much of the source material for individual submissions here. This inquiry could produce useful results to, for example, those who need to monitor their sugar, those who would like to trust the “free range” claims of egg producers or those who might propose that labelling should not ever serve the interests of a minority. But a minority is dominating this inquiry with claims even more false or misleading than those upchucked by the Paleo food industry with an almost unanimous plea that halal certified foods must be plainly labelled as such in order that customers can avoid them.

As things stand, no chicken or diabetic will benefit so much as one chocolate-loving couple, who blame Islam for the reduction in the size of the Freddo Frog. “Why is this minority standing over the 97% of Australians by forcing this phony tax upon us?” ask choco-philes, unable to see that (a) a marketing decision of moderate cost, like halal certification or focus group research, is not a tax however much the anti-halal agitators name it so; and (b) they are a minority demanding to have their consumer interests served.

I do understand the urge to avoid products that contain an unwanted moral ingredient, and it is for this reason I have resisted the purchase of both a SodaStream and an iPhone. I am prepared to forego the substantial lure of fizzy drinks and late tech because I have a thing about unfair labour. I am not claiming moral supremacy over my chocolate-loving compatriots here, and I certainly admire the resolve that causes them to shun Freddo, history’s most delicious amphibian. I am suggesting, however, that if you despise a particular practice, faith or ideology enough to want to boycott it, you should probably also hate it to the degree that you google “boycott+death+cult”. The onus is on me to avoid Israeli-made products as it is on the our Freddo lovers to avoid things they might deem too Islamic. Neither of us has any business subjugating the rest of Australia to our minority will.

But, in the civic spirit of not being an arsehole, perhaps we do have a responsibility to consider how responsible food labelling may assist the health of the nation. Perhaps this means regulating unfounded and potentially misleading health claims like “gluten free”, or perhaps it means revisiting the terms of the Heart Foundation tick or considering a system to aid consumers with diabetes.

Some 55,000 Australians suffer heart attacks each year, with cardiovascular disease our leading cause of death. Death attributed to Type 2 diabetes in the indigenous population remains at 1700 persons per year, what could very credibly be called a health crisis. The management of both these serious and costly diseases has been explicitly linked to diet, yet mention of how a simple thing like labelling could be efficiently deployed  here remains largely absent from submissions to a report that is full of poorly punctuated whining on how Freddo needs a ghutra.

So, if we are not to permit a minority of whiners who believe that the fast-moving consumer goods marketing budget they are opposing is a “tax”, and that the greatest health threat to the nation is terrorism and not a diet formerly rich in Freddo, we should, perhaps, look to people like Wu for inspiration in our submissions to the inquiry. You have until the end of the month.