Company directors no longer want to be named on the ASIC register, but journalists say using unique numbers instead to identify them will make business journalism far harder. 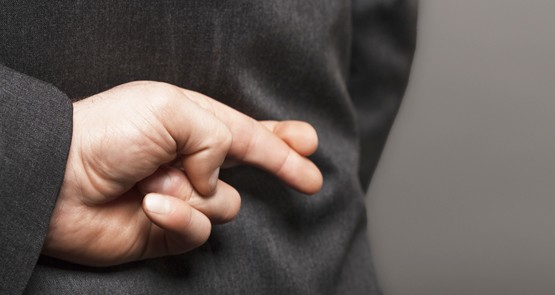 Some of the biggest names in Australian business journalism have signed a letter being circulated through the Media, Entertainment and Arts Alliance calling on Assistant Treasurer Josh Frydenberg, the minister responsible for Australian Securities and Investments Commission, to bin a proposal that would remove the date of birth, place of birth and address of company directors from the ASIC registry, instead replacing it with a unique number.

The letter, already signed by journalists from a host of media organisations including Adele Ferguson, Richard Gulyas, Nick McKenzie, Richard Baker, Peter Martin and Malcolm Farr, is still being circulated. Victorian MEAA media section president and Australian business journalist Ben Butler told Crikey he was hoping to send it to the minister by early next week.

The petition follows calls by several bodies representing corporate company directors to remove some of directors’ personal information currently available on the ASIC registry. The media union fears removing such information will not only jeopardise investigative business journalism, but will make a range of routine business stories far more difficult to write, significantly lessening the scrutiny of corporate Australia.

In its submission to a Productivity Commission report looking at ways to reduce impediments to business set-ups and closure, the Governance Institute of Australia, which represents company secretaries, says the current information available through ASIC leaves directors vulnerable to identity theft and personal harassment. Governance Institute director of policy Judith Fox said in a statement:

“It is entirely appropriate for ASIC to request and retain the personal details of all officeholders, so that the regulator can take action if they have breached their duties. But making public birth dates and place of birth details serves no useful purpose other than for persons with criminal intent. To make readily available the personal information of the business community’s officeholders is a significant magnet for cyber-criminals.”

“The current legislation should be amended to allow ASIC to assign a [director identification number, or DIN] for every officeholder. This would enable the regulator to continue to hold the information it needs to identify officeholders and their connections to particular companies without exposing them to identity or fraud risks or attacks on their personal security. And if ASIC has done the triangulation, the DIN would also allow individuals — including the media — to accurately identify and locate directors of companies to understand who is in control or to protect and enforce personal rights and liabilities.

“As interest in the environmental and social impacts of companies escalates, it is likely that disgruntled individuals will increasingly source the information they need to confront directors at their home. In fact, last year trade union members sourced the residential address of the chair of Aurizon Ltd from the ASIC public register and picketed on his front lawn.”

The proposal is cautiously supported by the Australian Institute of Company Directors, who said in their submission that while they didn’t want to increase the regulatory burden on directors, they would be supportive if the publicly available information on directors was removed.

In its final report, the Productivity Commission recommended such Director Information Numbers be introduced, but didn’t specify whether this would be in addition to or instead of the information currently available on the register. The commission’s thinking is that in having such numbers issued, directors would be required to issue 100 points of identification, which they currently do not — such stricter ID requirements would help halt “phoenix activity” and the like. But it’s understood there are calls from business lobbies for the Treasury Department to conduct an inquiry into the proposal to remove director information, which is what the journalists’ letter firmly calls on Frydenberg to halt.

“We’re urging Frydenberg not to consider this idea,” Butler said, adding that the proposal veered far from globally accepted corporate governance practices. “You’re descending to the level of places like Panama before you get similar systems I can think of. Singapore and Hong Kong, which are basically tax havens, require more information than this to be held on public record.”

Part of the benefit of listing things like date of birth, place of birth and address along with names on the ASIC database, Butler says, is that it allows easy cross-referencing to a host of other databases, both in Australia and overseas. The directors of large, publicly listed companies are still going to be known even if the directors are assigned a director identification number, but having additional information is what allows business reporters to easily make sure they have the right person while cross-referencing directors names on other databases.

“If you take away all the other information and just leave it us with a number, it’s only good in the Australian context,” Butler said. “We can’t cross-reference it with global databases, or the land titles database, or even the White Pages, for example.

“This is a proposal to gut journalism in Australia.”

The Australian Shareholders’ Association, which represents retail (i.e. non-professional) investors, has also sounded its alarm about any development that would remove information from the public domain. Deputy chairman Barry Nunn told Crikey this morning the body would support ID numbers being added to the information currently available through the registry, particularly if it comes with stronger ID requirements for directors.

“I think it’s right and proper that if people want to protest a director, they should know who it is,” Nunn said. “It’s still a democracy. The vast majority of directors are upstanding, very responsible people. There’s a small minority we need to keep an eye on, for whatever reason. We don’t think directors should hide from anybody.”

This comes amid fears the government could privatise the ASIC registry, which could make it more expensive for journalist to access.

Correction: An earlier version of this story said the Governance Institute of Australia wanted to remove directors’ names from the ASIC registry. That’s not the case — the information it wants removed is date and place of birth, and home residential addresses. The piece above has been corrected.

Frydenberg’s watchdog: is an ex-banker the best person to assess bank regulators?

Lets not be naive. Big business and its rich owners have been working away at transparency and accountability for years. They don’t want it. Nor do they want to be named when corruption within a company occurs.
Media outlets are essentially either owned or at the very least controlled by the vested interests of the rich and as a result content is normally heavily censored. One side of politics is routinely attacked whilst the other side is pushed into office.
Media outlets who do not conform to the required model are either bought up and restructured so that they do or closed down. Anyone watching the dishonest witch hunt against the ABC should understand that this government does not want the public to see it for what it is and understand what the end game is.
Transparency? That only applies to one side of politics. Corruption, lies, deceit on a massive scale,abuse of privilege and betrayal of the electorate? That for the most part applies to the other side of politics. Welcome to an emerging dictatorship.

This is as weak a justification as when the ATO was urged to protect the Rich Listers from kidnapping.
What next, wall off sections of communities and arm the guards on the gates?