From “squirrel grip” to skinny dip

A Victorian MP has invited a rival for a spot of skinny dipping. 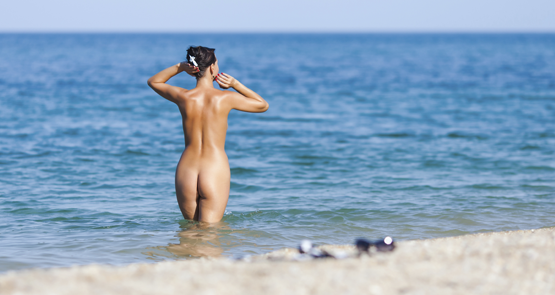 Feel the breeze. Just when we thought games of political brinksmanship couldn’t make us feel any more uncomfortable — after the PM was threatened with sexual assault by Senator Glenn Lazarus yesterday — the Australian Sex Party’s Fiona Patten has stepped things up a level. This morning it was reported that planning laws would be changing in Victoria to make Campbells Cove, one of the state’s four nudist beaches, no longer a place where clothing is optional. The reason, according to Planning Minister Richard Wynne, is increasing development and more families living in Werribee, south-west of Melbourne’s CBD. Patten hit back by calling the government wowsers, and made this offer: “I invite Minister Wynne to accompany me to picturesque Campbell’s Cove or Sunnyside North on the Mornington Peninsula or to the gorgeous Point Impossible or Southside in Torquay to experience the freedom and enjoyment of nude bathing. Clearly he needs a day to clear out the cobwebs and get back to nature at its purest.” Wynne said this morning that he had never been skinny dipping before and declined Patten’s offer. His cobwebs are staying put, and here’s hoping Lazarus leaves Abbott’s alone as well.

*Heard anything that might interest Crikey? Send your tips to [email protected] or use ourguaranteed anonymous form.

I would have to say that as someone who walks (clothed) along Sunnyside Beach from time to time, it seems more of a pick-up place for men than a wholesome nudist beach.