The Productivity Commission's study of retirement incomes policy highlights to need for reform -- but Tony Abbott is in the way of any change. 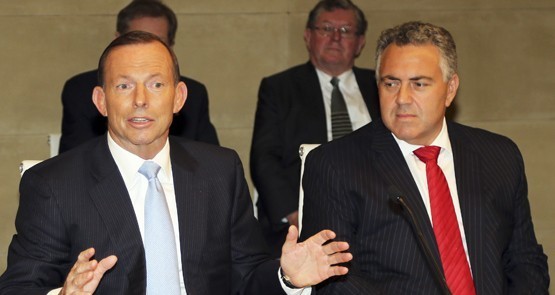 There’s good news and bad news from the Productivity Commission’s latest research paper on superannuation policy and retirement incomes. But basically it’s all bad news for the government — and for future governments.

First, the good news. The PC has turned mythbuster and says there’s no compelling evidence for the stereotype that wealthy baby boomers run down their super on high living and then claim the pension. Our use of super as income stream greatly outweighs our use of it in lump sums — by more than four to one — and the people who do take lump sums generally have smaller super amounts, meaning they likely would end up on the pension anyway (the median lump sum is just $20,000). And the main use of lump sums isn’t that long dreamed-of world trip but either converting into another investment (around 30%) or paying off existing debt like a mortgage (around another 25%).

Problem is, with that myth busted, there are no easy fiscal wins for the government in that area.

And after that, the picture gets mixed. The PC’s main interest is studying the benefits of lifting the preservation age. Wayne Swan lifted the pension age to 67, and Joe Hockey’s policy is to lift it further to 70, but the legislation for that has been stalled in the Senate. The preservation age, which used to be 55, is the age at which you can access your super, and this year began increasing in accordance with a formula put in place by the Howard government in 1999. In a few years, it will reach 60. But that gap between 70 and 60 is problematic for many — what’s the incentive to keep working if you can access your super at (as it will be in the future) 60? Especially if you can run it down and then go on the pension when you reach 70?

The PC has some relatively good news there, too: it’s not as big a problem as we thought. About a quarter of people retire before 65 even if they want to keep working, because of health reasons or they have caring responsibilities. And despite governments’ efforts to attack age discrimination, older workers have difficulty finding new jobs. Between these two categories, that’s around half the workforce aged between 60 and 70 — so the number of people whose decisions will be affected by opportunities to game the preservation age-pension age gap is much smaller than thought.

And for low-income workers, the preservation age is far less relevant than the pension age, because they’re unlikely to have enough super to live on — so that further reduces the pool of people who are able to exploit the gap.

In fact, under the PC’s modelling, essentially only high-income earners would work for longer if the preservation age was lifted. Working for just two more years, the PC calculates, would yield those who work longer a 10% larger super balance when they do finish. That sounds remarkable, but not if you understand the worker is likely to be earning far more than average weekly earnings, and probably pumping as much of it as they can into super for its tax benefits and because they’re more likely to have paid off their mortgage.

In short, high-income earners would yet again win from our super system.

What the PC does conclude is that, as today’s younger workers approach retirement over the next 30 years, they’re more likely to be affected by lifting the preservation age, because they’ll have higher super balances as they near retirement than either baby boomers or Gen Xers who haven’t been paying compulsory super all their lives.

(Parenthetically, a key to understanding Labor’s opposition to the government’s age pension means test changes is that Labor believes there is a coming cohort of retirees who will have substantial, but not large, superannuation balances, who will be caught by the changes — in effect, they’ve been forced to save by compulsory super, but because of the timing of Australia’s shift to compulsory super, they won’t have the kind of strong super balances that will afford them a comfortable retirement without the pension. But they won’t be able to access the pension either. Labor reckons this still has some way to play out politically, and that it may come back to haunt the Coalition and the Greens).

The PC also looks at a subject that has thus far mostly been confined to arcane world of retirement incomes policy (although it had an outing in the Murray Inquiry) — longevity risk. That’s the risk that you outlive your super, a growing problem giving we’re living longer but our life expectancy expectations remain several years behind our bodies. At the moment we have a de facto longevity risk insurance scheme — the age pension, which you can fall back on if you go through your super but are still waking up every day. Management of longevity risk by individuals themselves (who are the people who should be managing it, and who are also best placed to manage it) is the next big issue in retirement incomes policy. How governments encourage individual management (say, by using incentives for people to switch at least part of their super into an annuity product) is particularly problematic at the moment, given we appear to be stuck in a world of low investment returns for a long time to come.

Fortunately the PC has a bright idea. Given the complexity and inter-linked nature of the different strands of retirement policy, it believes “there is merit in a holistic review that examines reform of retirement income policies collectively”. Well, in fact, pretty much everyone wants an holistic retirement incomes policy review. The government itself has agreed to a review as part of the price of getting the Greens’ support for its pension changes.

There’s only one problem: Tony Abbott. Abbott has ruled out any and all super changes of any kind as part of his ongoing efforts to shore up his leadership and concentrate on attacking Labor rather than running the country. The latest assurance that super would remain frozen in policy amber came after Labor embarrassed the government by FOIing its own internal documents revealing the government was doing a lot of work on super tax changes. Once Labor proposed super tax changes, Abbott instantly abandoned the idea and has decided to attack Labor for it.

Those were the super tax changes Joe Hockey earlier this year flagged he was happy to discuss and which Hockey subsequently refused to rule out in the long term. Now Abbott has overridden him and ruled them out. It’s not much more than a year ago that Hockey was also mulling lifting the preservation age. But that, too, is now off the agenda, thanks to the opposition leader masquerading as prime minister.

Like the whole country, retirement incomes policy is going nowhere fast until someone can get rid of the biggest impediment to economic reform in the country, Tony Abbott.

Some simple maths to save the welfare state

‘In short, high-income earners would yet again win from our super system’…
and yet Bernard according to your own research they won’t get the pension nor are they likely to do a massive lump sum withdrawal from their super in order to get the pension…the on-going bashing of the alleged high income welfare rorters is getting a little tiresome and is basically untrue anyway…
this group pays the highest tax on the way through to retirement, pays private health cover, pays for private schooling if the have kids, so doesn’t get the majority of the benefits associated with paying tax …but that’s okay, apart from the occasional gripe about tax, most get on with it, set themselves for a good retirement without any government hand-outs or support, then retire…and that’s about it

Come on Pete, at the risk of helping your war, high income earners benefit from huge super tax benefits; until recently got a tax break from private health, receive more govt funding for their kids to go to private schools as well as receiving these services without having to pay gst on them, and at the moment I think are able to get Seniors cards with all the benefits that these afford.
No one is accusing high income earners of being rorters, that is Coalition language, but they receive plenty of benefits on the way through.

Pete. I have always looked at tax free earnings as a government handout.

To them wot has, more will be given, from those without a razoo, it too will be taken.

I get that busby jane..and it’s not tax free.. Concessional Contributions are taxed at 15% in the fund…my main point is that Bernard is the one declaring war, the constant carping about super gives the distinct impression that people are rorting.

Everyone gets the same benefits going in and out, the more super you have the less pension you get, that’s fair enough I get that..I’m just not crazy about being tarred with the cheating brush

AR them wot has pay more..