Little children are sacred — except in offshore detention

If it was unconscionable not to intervene to prevent child abuse in 2007, how, in 2015, has it become acceptable to criminalise the reporting of that abuse? 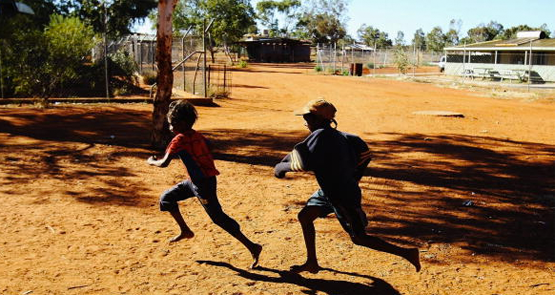 “In the end, what greater responsibility do you have than the care of children who are vulnerable?”

That was former prime minister John Howard, explaining why troops were being sent into the Northern Territory as part of the so-called “Intervention” into indigenous Australia in 2007.

The then-Labor leader Kevin Rudd agreed. “I also believe,” he said, “when it comes to the challenge of child abuse, we should be taking the party politics right out of it and just getting on with it, dealing with the problem.”

In 2015, the sexual abuse of children is engendering a rather different kind of bipartisanship.

The opposition has now voted with the government to block an amendment to make reporting of child sex abuse in Nauru mandatory. Instead, Labor and the Liberals combined to pass the Border Force Act, under which medical staff could face two years’ jail if they publicise sexual assaults in the immigration detention centres.

The Border Force Act comes after repeated allegations of abuse in the camps going back many years. Just last week, we learned that a detainee thought to be inappropriately touching young girls was moved into isolation … alongside his eight-year-old daughter.

The Senate inquiry into Nauru has heard testimony from former staff of a systematic failure by the government and camp management to protect children in the facility. That’s after former integrity commissioner Philip Moss said he’d uncovered evidence of rape, sexual assault of minors and guards trading drugs for sex.

Moreover, as far back as 2013, a former staff member at the Manus Island detention centre claimed that camp personnel knew that asylum seekers were regularly raped.

Reporting abuse in the camps has always been risky. When Save the Children workers anonymously reported sexual and physical assaults on children to a Human Rights Commission inquiry, the Immigration Department asked the Australian Federal Police to investigate … the staff, that is, not the abuse.

Meanwhile, the Ross Review noted a “level of under-reporting by transferees of sexual and other physical assault” because detainees fear jeopardising their chances of claiming asylum by speaking out.

That’s the context in which the Labor and Liberal parties have implemented draconian new penalties for whistleblowers. Yes, technically it’s still possible for doctors to report abuse, but they’re only protected if they go through official channels — and, of course, if those channels worked, there’d be no need to blow the whistle in the first place.

“Labor will support any proposals from the federal government that will stop child abuse and neglect. There are no excuses for abuse or neglect.”

That was Labor’s Tanya Plibersek on the NT Intervention. She went on to warn that “the government has to be careful that its approach does not discourage reporting of abuse”.

A year later, Tony Abbott, as shadow minister on indigenous affairs, even wanted the Intervention extended into South Australia.

“Consultation is important obviously, but consultation should not stop the relevant authorities from doing what is needed to protect kids,” he said. “You don’t need to consult to know that rape is bad.”

Back then, most of the pundits agreed that stamping out sexual abuse was a moral priority.

“The government has won widespread support for its declaration of a national emergency,” explained Barrie Cassidy, “because they are finally dealing with a national disgrace: the sexual abuse of children.”

“John Howard’s plan to stand between a wave of continuing sexual abuse and the next generation of unborn Aboriginal children is, or should be, a moral imperative against which it is impossible to argue,” said journalist Glenn Milne. The Australian‘s Greg Sheridan urged politicians to “ditch politics when children are suffering”.

“[I]f [John Howard] had ignored the horrifying evidence of the Little Children are Sacred report,” argued Tony Wright, “he would quite correctly be condemned for criminal neglect.”

Quite so. But if it was unconscionable not to intervene to prevent child abuse in 2007, how, in 2015, has it become acceptable to criminalise the reporting of that abuse?

As Wright notes, the NT Intervention was prompted by the Little Children are Sacred report into sexual abuse in indigenous communities. In that report, the authors explained that, via extensive consultation with indigenous people, they’d identified key concepts for action: dialogue, empowerment, ownership, awareness, healing, reconciliation, strong family, culture and law.

The Howard government’s response — the deployment of military personnel; bans on pornography and alcohol; the removal of customary law; compulsory acquisition of townships; the abolition of the Community Development Employment Projects scheme; and so on — ignored all of that, along with the report’s findings.

“There’s not a single action the Commonwealth has taken so far that corresponds with a single recommendation,” said Pat Anderson, one of the authors of Little Children are Sacred.

On the contrary, the government unabashedly invoked an old-fashioned paternalism, precisely the approach against which the report warned. The Intervention implicitly posited child abuse as the result of an Aboriginal dysfunction that Canberra would correct.

That’s why it was politically palatable. There’s no moral courage required to decry injustice when the finger’s pointed elsewhere.

By contrast, Nauru and Manus are the result of an offshore detention policy that Labor and Liberal constructed together. The abuse in the camps is a bipartisan problem; the revelations about abused children implicate both parties — and as a result, what was previously unthinkable has become possible. In the Australia of 2015, parliamentarians are deliberately making exposure of sexual abuse more difficult so as to avoid political embarrassment.

The word “disgrace” doesn’t even cover it.

It was like a parallel universe last night on Q&A with Greg Sheridan speaking out about the whistleblowing penalty and Richard Marles from the ALP defending the governments latest atrocity. Topsy turvy world!

In my occupation we can be fined and even gaoled if we do not report any incidence of abuse at our facility.

I just cannot believe that Australians think this is acceptable. We are going to be very ashamed of ourselves whenknowledge of what happens in the camps is spread around the world. We’ll never wash away the stain on our national character.

Disgrace is not strong enough, try crime against humanity.

If only Crikey Land Denizens were more skilled in what’s needed for quality analysis.

Of course it was more theatre than genuine documentary. After all, it was the ABC.