Will Noreen Hay be able to hold onto her seat of Wollongong? And if she can't, can Labor hold it in a byelection? 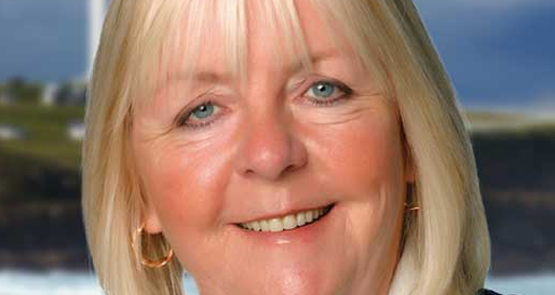 The future of New South Wales MP Noreen Hay’s 13-year career as the member for Wollongong is uncertain, with the Australian Federal Police raiding her electorate office after long-running complaints about last year’s preselection battle.

During preselection, Hay managed to defeat her left-wing opponent, local academic Paul Scully, angering a large number of local ALP members who wanted to replace her.

The Southern Highlands ALP branch based in Bowral was so annoyed it passed two resolutions, both unanimously. The first conveyed a lack of confidence in NSW Labor’s general secretary Jamie Clements’ handling of preselections at Wollongong (and Auburn, the seat eventually won by Labor leader Luke Foley), and the second asked what penalty had been imposed on the person/persons from the Mount Keira branch who altered the branch membership books.

Hay, a former organiser and regional secretary for the Miscellaneous Workers’ Union, aka the “Misos”, resigned as convener of the right-wing Centre Unity faction last month, and now she has stepped down from her $180,000-a-year post as opposition whip pending the investigation.

When she was re-elected in March, Hay told reporters:

“If you look at the lead-up to the election, there was much said about democracy … now that democratic process has taken place, and I’ve had a resounding win. I hope those naysayers will now just accept the fact that whilst there are those who would prefer someone else, or themselves, to be the MP they should accept the decision of the people.”

These may yet prove famous last words.

In Parliament, Hay is also facing a relentless Liberal onslaught, creating problems for Foley, who has sworn to cleanse the caucus of any whiff of scandal.

On May 27 Hay gave a personal explanation to the Legislative Assembly about a 2013 visit to China, accompanied by her personal assistant Kiley Martin.

She was replying to remarks made in the upper house the previous evening by right-wing Liberal Peter Phelps, whom she accused of seeking to “impugn my reputation with innuendo and smear”.

“I absolutely refute any suggestion of wrongdoing on my part and can provide the Parliament with a copy of my e-ticket, which clearly shows the trip was paid for by me, and confirmation of my hotel booking,” she told MPs.

She also provided a copy of correspondence with then-premier Barry O’Farrell describing her visit to Chinese businesses and educators.

“It can hardly be claimed that I was keeping this trip a secret from the government or the parliament,” she said and invited Phelps “to do the honourable thing and apologise for abusing parliamentary privilege and making baseless and personal attacks against me and my staff.”

On June 3 Phelps used the adjournment debate in the upper house to renew his attack on Hay, but he was interrupted by Labor MLC Walt Secord, one of her factional members.

“Phelps: I recently came across an article written by Mr Andrew Pearson in the Illawarra Mercury that states: ‘Ms Hay told the Mercury at the weekend—’

And that’s as far as it got because the House was adjourned by Deputy President Paul Green of the Christian Democrats.

Can Hay survive this double-barrelled onslaught from the Liberals and her own party? Probably not. Can the ALP hold Wollongong if Hay is forced out and a byelection is held? That’s what Foley and his friends in the ALP’s Sussex Street head office are weighing up.

I’ve been deciding on which criteria you’d put Noreen Hay above Peter Phelps, and am attaching the full list below:
FINAL LIST.
That didn’t take as long as I thought it would.