If the wise heads who developed the euro had lived through the GFC and its aftermath, they would not have so discounted the importance of unique monetary policy for each unique economy within Europe, writes economist and journalist Jason Murphy. 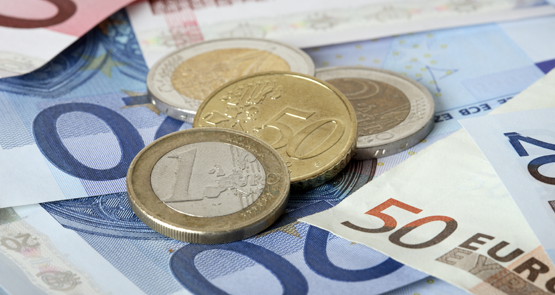 Greece voted no in its big referendum, and that looks like the beginning of the end for the euro.

Common currencies seemed like a great idea in the 1980s, when currency conversion was a serious source of economic friction. Said the European Commission:

“Before the euro, the need to exchange currencies meant extra costs, risks and a lack of transparency in cross-border transactions. With the single currency, doing business in the euro area is more cost-effective and less risky.”

Now they look somewhat foolish. Don’t expect anyone to argue we should share a currency with New Zealand ever again.

The Maastricht treaty, signed in 1993, set the European Union on a path towards a common-currency area of grand proportions. The euro was adopted in 1999 in Europe’s core and grew from there. It reached Greece in 2001 and hit its zenith in January of this year when the Lithuanians relinquished their litas.

But the costs of a common currency are becoming clearer and clearer, even as the benefits shrink.

The benefit of a currency to call your own is the ability to set your own exchange rate and monetary policy.

Having your own exchange rate is important when times are tough. As the value of your dollar (or drachma) goes down, imports become more expensive, and people buy more domestic goods, supporting local employment. At the same time, exports become more competitive — especially, for Greece, the export of tourism.

Greece, struggling under the euro, got none of this upside. Prices denominated in euros meant a holiday in Greece was comparable to a holiday in Italy.

Greece also suffered from a lack of a unique monetary policy. Interest rates, set at the European Central Bank headquarters in Frankfurt, must consider all of Europe. Greece’s troubles would have been on the agenda at bank meetings, but rarely as the priority.

Since the euro was adopted, the globe has had a crash course in the vital importance of monetary policy. The US showed reducing rates to zero and further flooding the market with funds can help create a remarkable recovery from a deep economic crisis.

If the wise heads who developed the euro had lived through the GFC and its aftermath, they would not have so discounted the importance of unique monetary policy for each unique economy within Europe.

A shared currency seemed like it would be a major boon for simplicity. But Visa, MasterCard and Paypal pipped it. Electronic transactions and the availability of cheap currency hedging brought a great deal of simplicity to trade, eroding the advantage of a single currency.

The euro was adopted, in short, just before a big lesson about how it was bad idea, and just as its advantages were about to be eroded.

So there will be no more chatter about Australia and New Zealand sharing a currency. There could even be pushes in the other direction.

There is a great economic literature on the optimal size and characteristics of a currency area. It is about to be re-written.

Greece should just use bitcoin. Actually, bitcoin can run the country

The problem is not just monetary policy, it’s fiscal policy which all European countries retain independently and which Greece has badly mismanaged.

Euro countries agreed to manage fiscal policy in a conservative way and Greece ignored it and even hid what they were doing.

By exiting the Euro and relaunching the Drachma, Greece regains control of its destiny which is a good thing for everyone. Of course, their profligate fiscal policy will mean a collapse of the Drachma to a very low level, thereby sheeting home the accountability to the people who have run up the debt – the Greek people. The way out of it is to then build an export led recovery supported by a low currency and cheap prices.

Having the euro was not a reason for a holiday in Greece to cost the same as one in Italy – that was just dumb gouging.
When a shot of ouzo went overnight from 3-5 drachma (depending on how clean the glass)to one euro the course for Scylla & Charybdis.

Great article but just one correction – the US policy of ZIRP and QE is a derivatives bubble waiting to burst. The Fed knows it can’t raise interest rates without bankrupting half the major banks and possibly the US too. We may have seen stocks at record highs but main street has been suffering since the GFC – hardly an ‘economic recovery’

The justification for the euro, i.e. namely having a strong enough currency – a reserve currency -not a the mercy of currency speculators remains. To we want to remain at the mercy of decisions taken in Washington on the dollar?
Sure the euro has problems which, if your author, was attentive are being addressed in the European way, requiring time and compromise.
As Winston Churchill said about democracy,the EU is the worst possible supra-national political system… except for all the others.
As a French citizen like the overwhelming majority of those in the euro zone, I want the euro to continue. Enough of francs, liras and other ‘mickey mouse’ money.