The government's white paper on agricultural competitiveness is about propping up an outdated family farm model, not competition. 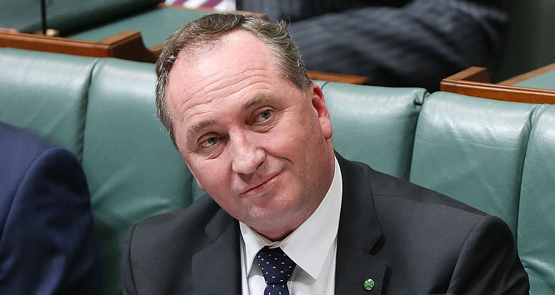 The cover of Barnaby Joyce’s long-delayed Agricultural Competitiveness White Paper doesn’t merely feature the expected bucolic scene, but a picture altogether more loaded with meaning: a man and woman, with three children, making their way up a grassy slope.

Who knows what they’ll encounter on the other side of that knoll, but the government has their back, because while the paper might seem to be about competitiveness, in fact it’s about families (obviously, heterosexual families with kids, not the ones Asians disapprove of). “Families” get mentioned over 50 times in the document, frequently in the context of keeping “farming families” at the centre of agriculture, keeping them profitable and helping them through hard times. 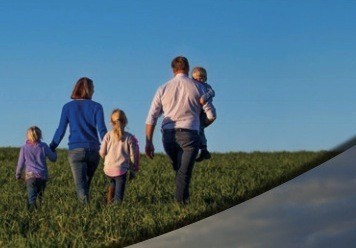 This is somewhat different to the emphasis of the Productivity Commission’s submission to the taskforce that produced the paper, more than a year ago. The PC doesn’t mention families much — in fact, barely at all. What it does do is explain that in terms of productivity, Australian agriculture has been hugely successful in recent decades, and that part of that process has been a huge drop in farm numbers “as many smaller farms have exited the sector. These developments have strengthened Australia’s agricultural sector.”

That of course is anathema to Joyce and the Nationals: their vision is of a family farm-dominated agriculture sector, continuing to nurture (heterosexual) farming family values, rather than an industry like any other industry — flexible, market-driven, open to competition and consolidation — and able to adjust to foreseeable challenges like drought without having to rely on taxpayers.

The PC’s approach to agriculture is to examine how to continue the sector’s success of recent decades, which it believes can be achieved by extending price signals and removing barriers to investment. The Nationals’ approach to agriculture is to try to freeze it in amber — to stop the decline in farm numbers and arrest the decline in the agricultural workforce (and, of course, the number of Nationals voters). That’s why the white paper is as much about “families” and even “heritage” as it is about competitiveness.

And that’s why the centrepiece of the white paper is something the PC specifically targeted for criticism — concessional loans to farmers. The government lectured young people in cities to go and get a better job if they want to be able to borrow for a house will make available $250 million a year for 11 years (enabling the government to talk about a multibillion-dollar package) for loans at a subsidised rate to drought-affected farmers. That’s in addition to the $280 million in concessional loans handed out last year.

As the PC’s submission explains, concessional loans offering lower rates than commercial finance merely encourage recipients to take on uncommercial levels of debt. Cheap loans “impede efficient risk management and structural adjustment” — that is, they prop up unviable farmers who would have otherwise sold out to larger, better-resourced and more efficient producers.

For Joyce and the Nationals, why bother with foreign investment when taxpayers can offer cheap loans to farmers?

The other big price tag in the package is $500 million to, pace Bert Kelly, feel a dam coming on, which includes $200 million for dams in northern Australia. The rationale in the paper for this spending is “to give Australia greater certainty around future water security”. In the PC’s view, that can be helped by removing remaining restrictions on water trading. It is not traditionally keen on spending more money on water infrastructure, especially in places with lower productivity. “Subsidised investment in water infrastructure in a less productive irrigation region may discourage farmers in that area from selling their water into a region that is more productive (and operates without any subsidy),” the PC warns in its submission. “The net effect of the subsidy could be to lower agricultural productivity across the two regions.”

And needless to say, the white paper is heavy on the virtues of the government’s “free” trade agreements. However, it says they need to be “operationalised”, and funding will be made available to the sector to help it take advantage of the much-vaunted trade deals with South Korea, Japan and China (the Trans-Pacific Partnership doesn’t get a mention, which doesn’t augur well for a agricultural trade breakthrough there). The PC, of course, is highly sceptical of these sorts of preferential trade agreements. “The greatest benefits of trade liberalisation would be realised on a multilateral basis,” the PC told the taskforce. “Bilateral trade agreements might improve market access for some agricultural producers, but others inevitably miss out. Agreements almost always involve complex rules of origin offsetting access benefits and risk costly trade diversion.” Worse, as the PC explains, such bilateral agreements can actually slow down broader trade reform, as countries keep trade barriers in place as bargaining chips in future bilateral deals.

Such a conclusion would be a worry if the paper was actually about agricultural competitiveness. Luckily, it’s more about the Nationals’ bucolic fantasies about the bush than treating agriculture the same way as any other Australian industry.

That family – walking away from the Gnats?

Are there more social outcomes than cheap food?

I wonder what they could be.

At least Alan Jones will be happy. Hes always banging about about the bush dying and iconic towns like Longreach and Winton disappearing because of the drought. And he is pro dam and anti windfarm of course.
I wonder where they will site the dam that will water inland Queensland?