The agreement that gives banks carte blanche on financial services

Despite the unanimity that banking regulation needs to be improved, the government is involved in secret negotiations that would halt further financial regulation, Bernard Keane and Glenn Dyer report. 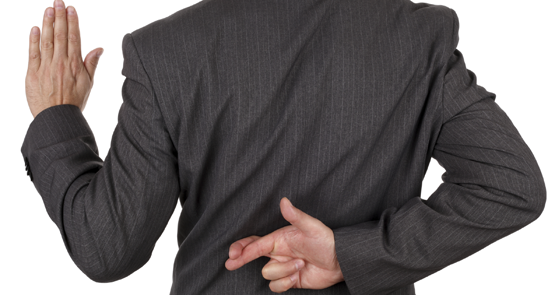 In what must be a continuing affront to the politicians who thought the confinement of Julian Assange would put an end to WikiLeaks’ exposure of their secrets, the organisation has released yet another key secret document, one that has great significance for financial regulation in Australia.

The latest WikiLeaks release is the actual negotiating text of the Trade in Services Agreement, in negotiation since 2012 among 32 countries, including Australia, the US and the European Union. Designed to reduce non-tariff borders in trade in services, TiSA, like the Trans-Pacific Partnership, has been negotiated in secret, except that WikiLeaks has regularly revealed key documents. This week, it dropped the full, up-to-date text, after unveiling a series of annexes earlier this year.

Financial regulation is at a crucial stage in Australia. The sector regulator, the Australian Prudential Regulation Authority, is in the process of implementing the international move to greater capital requirements on big banks; the Abbott government is torn over whether it proceeds with a bank deposit tax to fund bank bailouts while it wrestles with David Murray’s recommendation from his financial services inquiry — most of which the banks are not exactly enamoured of — while there is a steady drip of revelations about scandals at some of our biggest institutions. APRA, the Reserve Bank and the Australian Securities and Investments Commission are all agreed that the culture within the Australian banking industry is deeply problematic.

It’s a different story in the TiSA financial services annex, however: the pressure is on for less regulation and restricting any future regulation. This pressure is primarily coming from the Americans, apparently undaunted by the global financial crisis or the long list of scandals and crimes committed by the world’s biggest banks since then. There’s an analysis here of the main provisions, but there are three key issues from an Australian point of view.

First, the treaty would, in effect, freeze any further regulatory moves by governments in financial services, locking in existing levels of regulation and preventing them from doing anything further that could be found to reduce “market access” (remember, TiSA is supposedly about removing regulatory barriers to market access). This would work in tandem with a ban on regulating new financial products that might be developed by financial services players (think new variations of the kind of complex products that helped bring on the financial crisis) unless governments could prove in advance that they will threaten financial stability.

Second, it would establish a process of “recognition” so that governments could acknowledge that foreign financial services companies need only conform to the regulatory requirements of their home jurisdictions, not those of the relevant government, because foreign regulatory requirements are roughly the same. This would be coupled with a process for “harmonisation” of regulations by governments, with the result that companies could move to the least-regulated TiSA jurisdiction and put pressure on governments to either recognise, or drop regulatory standards to, the lowest common denominator.

To date, via the Basel I, II and III process, international regulatory harmonisation for financial services has aimed at improving the overall level of regulation, not reducing it, with the goal of reducing the chances of a recurrence of the financial crisis. Now, there’s a growing push in the US to water down or even reverse some of the changes of the past five years. And right-wing Republicans are also leading a push to neuter the Federal Reserve by restricting its ability to support stricken financial markets in a time of crisis, and to impose unrealistic obstacles in the way of direct aid to financial groups — as it did during the financial crisis.

The US financial regulatory environment is both tougher, and easier than what pertains in Europe, the UK, Japan and Australia. The Europeans, in particular, will sensibly resist the direction of TiSA if it attempts to ease the regulatory burden on banks and other financial groups (such as systemically important insurers and funds managers). The Europeans take a far more jaundiced view of banks and financial groups than either do the UK, US and Australian regulators.

Third, where would the cornerstone of Australian financial regulation — the so-called “four pillars” policy, which prevents the Big Four banks from merging with each other, or from being taken over by a foreign bank — stand under TiSA? No other country has anything similar — could the Americans use TiSA to drive a wedge into it? The Abbott government’s blindness when it comes to financial services (the most vital part of the economy because of the confidence and stability factors involved) has been on display for all to see over the financial planning scandals. Would the government allow Americans to set our regulatory agenda in the name of “free trade”, which, as the Productivity Commission has said, isn’t really all that free?

Remember, the only reason we know what this treaty would require of Australia is because WikiLeaks is obtaining and distributing copies. And remember, too, that the Abbott government is a reluctant participant in any effort to regulate any aspect of financial services — excepting, of course, its avowed enemy, the industry super sector. The sector itself has moved to fix up problems around life insurance sales, given Assistant Treasurer Josh Frydenberg’s momentum on that front, but otherwise the government has sat still, or engaged in deregulatory games like trying to repeal the Future of Financial Advice reforms while the regulators, Fairfax and its journalists led by Adele Ferguson, Labor’s Sam Dastyari and the Nationals’ John Williams have made all the running. But when it comes to financial services regulation, TiSA is far more likely to be to the taste of Abbott and co.

DenB – of the people, by the People.
The continuing existence of the Wiki & Snowden revelations is the ultimate affront.
The facts are clear to be seen. They do not change for the betterment of the most vulnerable. QED.
Therefore someone, somewhere must gain advantage.
Cui Bono?