The media -- and police -- were quick to say that the Adelaide Crows coach had been "murdered", and that his son was a suspect. Was that legal? 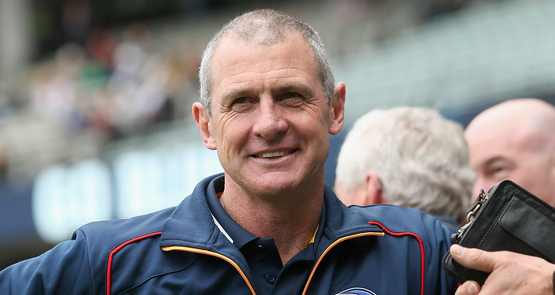 This morning, almost all media outlets reported that Adelaide Crows coach Phil Walsh had been found “murdered” in his home, with his son arrested for the “murder”. But until 10am, reporters were also noting that no formal charges had been laid against the 26-year-old. We in the Crikey bunker found that very odd, as it ran totally counter to standard media law training. Were the media breaking the law in reporting what was, at the time, just speculation?

With the exception of an early breaking news report in The Advertiser, most media outlets ran no more than was contained in official police releases. Standard practice in reporting crime has it that suspects should not be identified nor crimes conjectured until formal charges are laid. But the media, for the most part, was not going out on a limb on its own.

An SA Police media release, issued at 8.11am, identified the victim, the suspect and the intended charge. The statement had 230,000 Facebook shares by 10am. Many state police departments have digital presences as large as news outlets, raising questions about who the major publishers really are when it comes these matters.

In saying Walsh’s son had been arrested for murder while noting that no charges had been laid, police media seems to be having it both ways. Without this, it is likely most media outlets would have been reluctant to identify Walsh’s son as the suspect until charges were laid (as they were, two hours later).

Technically, the sub judice period, during which prejudicial information should not be published for fear it could influence a trial, begins from the moment of arrest. After this, media outlets are required to stick very closely to the legal facts of a case, without embellishment. Adding a statement that Walsh’s son had been arrested “for murder”, as described in the headline of the release, when no such charge had been laid, is thus problematic, even though formal charges were laid later in the morning.

In going further than the legal facts of the case, media, and the police, took a risk, says Griffith University professor of journalism and social media Mark Pearson.

“The risk is two-fold,” he told Crikey. “If the coverage implies someone is guilty in any way … that can be an issue in a trial.”

“And the second area of danger is that from the moment of arrest, a person might not be charged, or the charges may be later dropped, or downgraded. That leaves the media with no defence against defamation action. If media outlets say someone is a murderer, that can be quite defamatory.”

And repeating facts as presented by police has its own risks. Pearson recalls the 1989 Harry Blackburn case, in which the private investigator was walked in front of media and named as a suspect by police for a series of sexual assaults the department had been investigating. Blackburn was later exonerated, and police came in for heavy criticism at a subsequent royal commission (Blackburn was paid almost $1 million by police in compensation). “The clear lesson for journalists from that were that just because the police tell you something is no protection against either contempt charges or defamation.”

Who cares. Next week I’m off to Adelaide to lay my Port Adelaide FC scarf at West Lakes.

As a Port Power supporter, who lives in Adelaide, I’m proud to say Neutral, that you will be one of hundreds who have already done so!
Phil Walsh was an assistant coach at Port Adelaide for around 10 years, so he is much loved and admired by many in our club.
What has happened today is a tragedy for all football lovers in South Australia and around the country.
Rest in peace, Phil Walsh!

CML, it has certainly put footy and other aspects of life into perspective. Planned this trip for my son to catch his first game ever, and myself and my wifes first at AO next Thursday night against Collingwood.

Normally wouldn’t go anywhere near the dairy but these are exceptional circumstances. Couldn’t help but feel for Rob Chapman while he welled up about the Port scarves being layed like he couldn’t believe it.

Great sentiments N and CML. If I could get down from Far North WA I too would lay my Port Adelaide scarf at Footy Park. RIP Phil