Big Brother is watching (your grammar)

Who would watch Big Brother in this day and age? Maybe not who you might expect. Isabelle Burke explains how reality TV is proving to be an ideal way to study language. 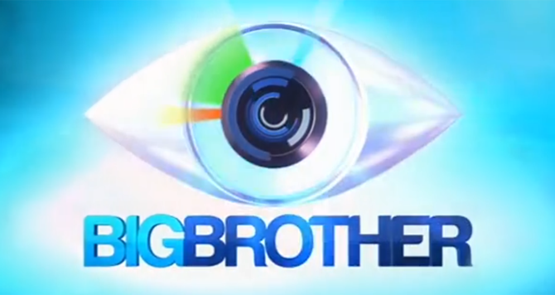 One of the most onerous tasks confronting language researchers is constructing databanks of language (or “corpora”) to analyse. But when I started writing my PhD thesis on grammatical constructions in Australian English, I realised there were already hundreds of hours of language available for free and without ethical complications. There was just one catch — to get at the delicious grammatical centre, I had to sit through hours of Big Brother. Reality TV provides a number of things: tearful self-recriminations over undercooked quail, ghoulish insights into Joel Madden’s dental hygiene, and language. Hours and hours of (mostly) unscripted language.

In many ways, Big Brother is ideal for looking at language: the housemates are locked in together for months on end with no outside contact, in a house specifically designed to record conversations. While many reality shows are clearly tightly edited and scripted (e.g. My Kitchen Rules and The Block) or the format does not lend itself to protracted conversation (e.g. talent quests like The Voice and The X-Factor), Big Brother largely consists of people sitting around and talking. Complaining about their bland diet, gossiping about each other, speculating about who will be the next voted off the show, evaluating potential love interests — all talk. There is no possible script that could cover all the spontaneous talk that occurs over these months (however much some housemates might appreciate it if it were — in the 2013 season, housemate Boog once retreated to the Diary Room to entreat Big Brother himself to tell her something interesting to contribute to a conversation going on outside. Unsurprisingly, all of the housemates immediately accused her of learning her astronomy factoid from Big Brother.)

And the conversation needs to be casual — interesting and innovative grammatical structures most often take place in informal chats with friends, rather than letters written to the prime minister. You might worry that the housemates would “stiffen up” and their speech would become more careful, since they are aware that they are being observed (and televised, no less!). This is known as the Observer’s Paradox: simply observing someone’s language can cause it to change (just think about how different your language becomes if your boss appears when you’re chatting with a close colleague). This was a pronounced problem in the early days of recording equipment, when researchers were forced to plonk down a tape recorder the size of a brick and told their participants to “just act like it’s not there!”.

While all forms of recorded language are subject to the Observer’s Paradox in some degree (unless we behave totally unethically and record someone without their consent), Big Brother can dodge this criticism. The housemates are recorded for 24 hours a day for months on end: it is simply impossible to maintain an orientation to an outside audience for this long. And indeed, many housemates report just “forgetting” that the cameras are there, or simply being more worried about fellow housemates overhearing their gossip rather than the whole of Australia — after all, the person right next to them has a much greater capacity to make their lives unpleasant in the short term.

Of course, there are many other modern sources for constructing language databanks — for example, the billions of texts and Facebook messages recorded around the world. But crucially, while these may closely resemble conversational speech, they are still written: there are no gestures, no tone, no sound, and none of the intricacies that are involved in a face-to-face conversation (like interruptions, or the cues that let you know it’s your turn to speak). For ordinary face-to-face conversation, reality TV is an excellent resource that has been surprisingly overlooked.

So while many might bemoan the worthless spate of renovation and cooking shows on the telly, in many ways we are enjoying a golden age of recorded spoken spontaneous language and we should instead rejoice!*

Isabelle Burke is a PhD candidate in Linguistics at Monash University. She is writing her thesis on changing grammatical structures in Australian English. Her favourite show is actually Game of Thrones (but she has not yet managed to convince her supervisors that this would be relevant to the study of Aussie grammar).