Turnbull's new star player has the know-how, but will he be hobbled by government inefficiency and private decision-making? The Mandarin publisher Tom Burton reports. 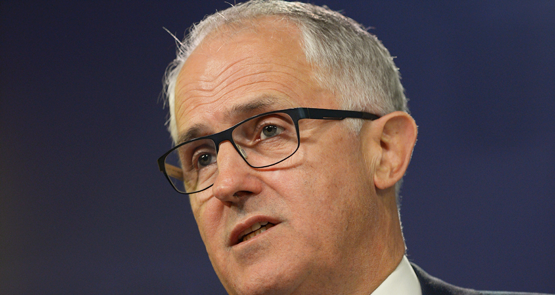 Malcolm Turnbull’s new star recruit for his $250 million digital transformation play, UK technocrat Paul Shetler, will have some interesting challenges when he arrives from London in a few weeks. Shetler has been poached to head the government’s new Digital Transformation Office, to redesign and integrate the delivery of public services online.

For those of us who have drunk the digital Kool-Aid, the tech revolution will take no prisoners. But many of Canberra’s hard-nut career bureaucrats remain to be convinced.

The bright star of government 2.0 flamed out, partly because it had no ministerial patron after then-finance minister Lindsay Tanner retired. But that movement also waned because the promise of open government and personal democracy is not something that incents the top end of the federal bureaucracy; if anything, the opposite.

In the UK Government Digital Service (GDS) office where Shetler resides, staff have stickers on their laptops — Macbooks, of course — declaring “citizen, not government needs”. In the Vatican City-like politics of Canberra, government definitely comes first.

Apart from the obvious public-facing agencies like Medicare and the Tax Office, most federal agencies typically deal with industry stakeholders. They are represented by well-paid lobbyists, who work the hill where Parliament and the executive reside. Unlike the state government agencies, service delivery to real people is not typically practised in Canberra, and the closer to the centre of power you get, the more opaque and political it gets.

A big challenge will be that the main act that governs accountability makes the head of each agency personally responsible for its deliverables. This also means they can manage their affairs as independently as they desire. In the UK, most of the agencies have folded their websites into a huge portal called gov.uk. Something similar has occurred in New South Wales, where more than 400 agencies’ front-end transactions have been brought into one portal, Service NSW.

Good luck with that federally, where the big portfolio agencies have long resisted any such notion. There has been some movement around a single entry and authentication system, myGov, and there is a just-redesigned mini-portal, called australia.gov.au. In any case, the jury is still out on whether centralising and creating one consistent user experience is the way to go. Using australia.gov.au to try to apply for a birth certificate took me eight clicks to get to the right form on the relevant Victorian site. Google took me two clicks.

Australia.gov.au is run by the good people from the Department of Finance. Until Turnbull came along and snatched the lolly tin, Finance ran the information and communications technology (ICT) show. They still have a remit over procurement, and while it seems inevitable australia.gov.au will end up in the DTO, Finance, through its oversight of the $6 billion annual ICT spend, will continue to be a powerful player.

In the GDS, there has been an overt campaign against “big IT” and what is seen as a far too cosy relationship between the multinational vendors and agencies with the big heavy-lifting systems. Managed as traditional waterfall projects, the big ICT projects have too often ended over priced, over scoped and hopelessly over time.

Because of this problem, Turnbull wants the Digital Transformation Office to adopt the same agile and prototyping model of the GDS, for which Shetler is also a big advocate.

This highly atomistic system points to another problem. The Brits are several years ahead of its former colony and are starting to seriously consider the whole notion of government as a platform. This powerful idea says you only need say one transactional software for all of the government, rather then every agency developing and maintaining its own. This makes a lot of obvious sense, but really needs a chief architect that can start to lay out the pieces in a system-wide view.

Also lurking in the background are the security agencies — long a roadblock for the fast take-up of  the cloud-based applications favoured by the digitalerati. Go to a technology meeting in Canberra to consider, say, using a US-based cloud-case management system, and you will soon here talk about the Patriot Act.

That is the law that enables US authorities to demand access to any data that touches the US. Add in unofficial eavesdropping as revealed by Edward Snowden, and the very real risk of cyber breaches, and there is plenty of reason to defer.

The location of the office is also vexed. If much of the rationale of the DTO is to be an evangelist for transformation, it will do that much more successfully from Canberra. Building relationships with the big agencies like Tax, Human Services and Defence will be critical to driving change, and mixing with them around the bureaucratic “drinking holes” of Woden, Civic and Kingston is part of that game .

But if Shetler, as is expected, sets up his shop in Sydney — to be close to the vibrant start-up and fast-money crowd — the DTO risks being an outsider to the Mandarin court of Canberra.

Finally, the leadership politics will matter. Turnbull is the undisputed patron of the digital movement. But he remains tightly checked by Prime Minister Tony Abbott and a phalanx of ministers who are tied to Abbott’s political fortunes.

The lack of trust is on show daily to the beltway insiders, and makes it difficult to build a powerful all-of-government push for revolutionary change. In the UK the GDS is part of the cabinet office and is strongly supported by the Prime Minister. Abbott is dismissive of the “electronic graffiti” that is Twitter and has shown zero interest in the digital world.

If Turnbull ascends, then you can bet your house deeds the DTO will be incorporated into PM&C and the revolution will be on for young and old. If there is an unsuccessful tilt this side of Christmas, and Turnbull retires hurt to the backbench, then there is no obvious candidate to lead Shetler’s merry band of digital wizards.

“Managed as traditional waterfall projects, the big ICT projects have too often ended over priced, over scoped and hopelessly over time.”

I think you’d be shocked at how many aren’t really managed. There are lots of meetings but no actual management. This works in favour of the multi-nationals.

And I think you mean underscoped. They’re not scoped properly, undergo way too many changes and that’s why the costs blow out.

Tom, with respect, it’s got nothing to do with start-ups or fast money, and I for one will respect Shetler if he manages to establish this in Sydney. Gov.au shouldn’t be about Canberra. You couldn’t get a decent UX person to live in Canberra, for a start (and your average UX expert is more likely to be driven by culture than money). And gov.au should be about the citizens and their use of it, so the UX component is crucial.

This subject (location) was a big issue for several of the highly qualified people I know who put their hats in the ring for this job. Most of them believed the fix was in and it would have to be Canberra to stay close to the corridors of Finance. But the truth is, if the office was in Canberra it would fail. Talent in the digital space will live in Sydney or Melbourne. There’s no prospect for attracting that kind of talent to Canberra. Lovely people, even some decent restaurants. But not much in the way of innovation. And not the critical mass of talent to choose from. Web people don’t care as much about money as they do lifestyle – it’s always been that way.

On the “open source” question, and why gov.au needs to move away from the Microsofts and Adobes et al, it’s because government tenders have long been written based on “features” that happen to map to vendor platforms (because the vendors have lots of expertise in answering RFPs and helping draft them, plus wickedly good entertainment budgets). designing RFPs around use cases instead of feature sets has worked very well for the UK, and it’s an approach long overdue in Australia.

Not for nothing is Microsoft’s non-standards-compliant browser known in the trade as “Internet Exploder.” Go take a look at the JavaScript exceptions for IE in the page source of most web pages.

FWIW, .NET is a perfectly fine dev platform, and Adobe makes some good analytics software. But so does the open source community – and open source is much, much cheaper.

To Dr Dagg’s comment, I wholeheartedly agree. Again, what government needs is the same kind of iterative, mvp approach the private sector uses. This doesn’t map well to the top-down micromanagement that goes with a risk averse government, but the UK has shown how it can be done successfully. Alas, it doesn’t work well with big vendors who willingly enter into fixed-outcome contracts, secure in the knowledge that the client will be the first to vary and then it’s time and materials all the way down…

A few of the banks have learned this the hard way. Some of them are still learning.