Delays across the board. We’ve been hearing about delays to appointments to government agencies, and a tipster tells us that the Australian Prudential Regulation Authority is without a deputy chairman, as Ian Laughlin finished up his term on Tuesday, with “no replacement in sight to this critical role in a major regulatory authority”. Our tipster says the responsibilty for appointing someone to the role lies with the Treasurer’s office. We asked why there had been a delay with getting a replacement and were told by a spokesperson:

“The position was advertised and applications closed at the end of April. The selection process also involved an international executive search. The selection panel, made up of representatives from APRA, APSC and Treasury are currently considering the applications. The Government understands that APRA is an important institution and has complete confidence that the selection panel will take the proper time to find and recommend quality candidates for Board appointments. In the meantime, APRA is a well-functioning institution which is quite capable of carrying out its work while suitable candidates for the position are found.”

APRA deals with banks, financial services and superannuation. We hope someone is found soon.

Too good to be true. Social media was abuzz yesterday afternoon with news that Qantas seemed to be offering return flights to the US for as little as $501. As we scanned cheap flight sites like Hopper.com and Skyscanner, many of us started planning some globe-trotting. Alas by 11.30am AEST the prices were no longer available, but some saw them after that on Skyscanner. Qantas has called the cheap fare a “glitch”. Qantas hasn’t confirmed how many people booked flights or if the prices they paid would be honoured. So if it’s too good to be true, it probably is. 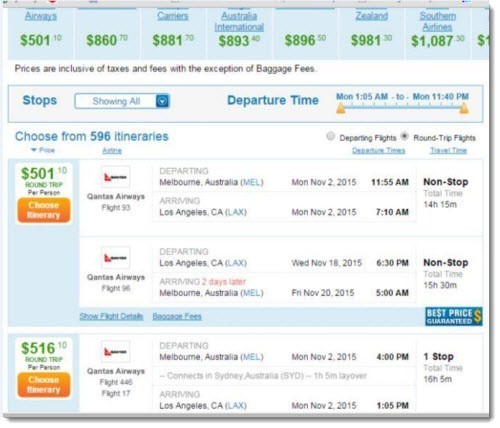 New super tribunal not so super. Yesterday we heard that there had been a drop in the number of members on the Migration Review Tribunal and the Refugee Review Tribunal, as some on the panel had not had their contacts renewed. We asked the brand-new Border Force’s media department how many members of the panel had gone and were told the numbers had dropped from 135 on June 30 this year to 123 on July 1. Thirty-eight terms expired on June 30, and 26 appointments were made, including eight reappointments. Yesterday also marked the day that the MRT and RRT were amalgamated into the Administraive Appeals Tribunal, as part of the government’s war against red tape. A spokesperson told us that future appointments to the tribunals would now be made by the Attorney-General:

“The Attorney‑General has responsibility for appointment of statutory members to the AAT, and under the new arrangements, will consult with the Minister for Immigration and Border Protection about the assignment of future members to MRD.”

Also on the topic of the new bulked up Administrative Appeals Tribunal, we hear that it hasn’t been smooth sailing in bringing the Social Security Appeals Tribunal under its umbrella:

“SSAT ended 30 June and from 1 July is a division of AAT. Transitional arrangements are that SSAT members move across to AAT on 1 July. In March selection process started for SSAT members, 100s of applications. The idea was that the selection process would be completed by 30 June, and new appointees would just move across to AAT. About 40 recommendations for appointment made late April/early May. These would be reviewed by relevant minister, then go to Cabinet/ExcCo. I don’t know where it fell down but no appointments made by June 30, so as it stands the selection process was a huge waste of people’s time and taxpayer dollars.”

Swings and roundabouts. Last year we reported on the way in which Prime Minister Tony Abbott’s star chamber, and more specifically chief of staff Peta Credlin, was holding sway over appointments of senior staffers to the offices of government ministers. Last year Agriculture Minister Barnaby Joyce told The Project that one of his choices had been vetoed, and we had heard it was Rohan Wenn, previously of Nick Xenophon’s office and GetUp. At the time Wenn gave us “no comment”, but we had a chuckle recently when we heard that he had turned up as director of strategy at Animals Australia. Animals Australia played a big role in exposing issues with the live-export industry and investigating the greyhound live-baiting scandal. So it looks like instead of working for Joyce, Wenn has ended up working for one of his biggest critics. When asked about the new gig, Wenn said, “I’ve liked Animals Australia for a long time. They’ve got brilliant cut through, with something like 900,000 supporters.” And on the Barnaby connection? “The crazy thing is, I actually have a poodle-cross nicknamed ‘Barnaby’.  His real name is Barney, but for some reason our six-year-old has always called him Barnaby. The kid really has to stop watching so much news.”

Bangers in Newtown. In other news, Anthony Albanese is making inroads in his career as a DJ, with his first Sydney gig set to be at the Newtown Social Club on July 31. The set is part of fundraising efforts for the Sydney version of the Reclink Community Cup. Albo seems to have developed an affinity for the Cup, played between musos and community broadcasters, where he downed a beer in Melbourne a few weeks ago. It also seems like he’s trying to wrest the TBT crown from Philip Ruddock with this effort this morning: 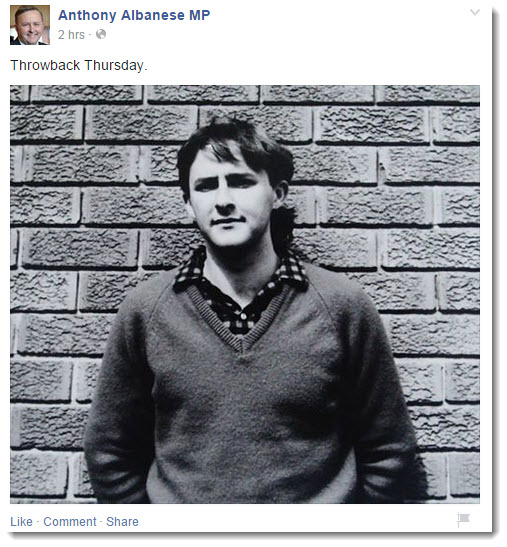