Short-sighted media were quick to lunge on a relatively minor recommendation from a report on countering radicalisation of young, at-risk Muslims. 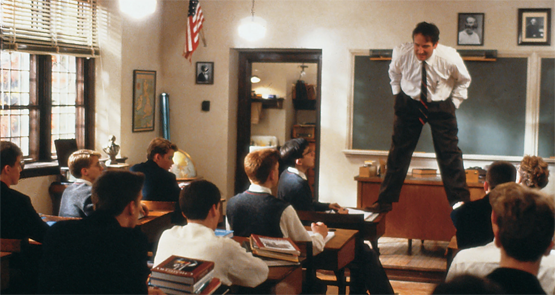 Those who fail to learn the lessons of history are doomed to repeat them, says a new report on domestic counter-terrorism. Although, it really doesn’t. When “Gen Y jihadists” — a document containing un-costed recommendations on curbing Islamist radicalisation of Australian youth — was released this week, local media focused its attention almost exclusively on one of its nine proposals and none on its survey on former and current radicals. From The Guardian to Sky News to SBS, headlines ran with the “Teach Your Children Well” vibe and covered the report’s recommendation that Middle Eastern history be taught to school-age students as a prophylactic measure against recruitment by Islamic State and other extremist militias.

But, the Australian Strategic Policy Institute’s report, which appears largely conscious of the limits of both its influence and of achievable changes to education, refrains from making any specific recommendations about teaching history. After all, any organisation that does so faces a historical denialism grown so passionate that Christopher Pyne is able to publish “History should be revised in order to properly recognize the impact and significance of Australia’s Judeo-Christian heritage” in a curriculum review without being sent, himself, back to school. What the report, which acknowledges the “pressures to teach all necessary subjects”, does propose is a frank and even discussion of politics in the region, perhaps as an adjunct to discussion on Gallipoli. But, it’s this single paragraph in a substantial overview of pretty interesting counter-terrorism discussion with which even progressive media outlets have decided to run.

The report does not recommend substantial changes to the history curriculum in schools but broadly proposes a change in all forms of discourse. Embedded in this modest document is the fairly cheeky proposal that government might want to have a go at explaining their reasons for military intervention in the region and enhanced security at home. Emotional language without recourse to reason just doesn’t cut it. The report does not openly chide Tony Abbott for his hopeless, alienating use of “Team Australia”. But it does mention, duh, that those disposed to radicalisation are also those who already feel so substantially excluded that our chief Boor on Terror might want to tread more lightly on this “linguistic minefield”.

Oddly, it was in The Australian where we could actually read a summary of the longish report from a decent foreign and national security standpoint. Brendan Nicholson describes most of the recommended policy responses, which include meaningful collaboration with the Muslim community; clear, dispassionate explanations for military action against IS; and a full, regular and public disclosure on the use of domestic controls. What the defence editor fails to mention, though, is the recommendation that media outlets improve their game. But, few news organisations are in the regular business of admitting their culpability.

For those interested in meaningful counter-terrorism strategies — and given the recent attention afforded to Zaky Mallah as a potential IS recruiter (despite the fact he’s much more fond of al-Qaeda) that’s apparently most of us — the report is worth a read. Or, at least, worth a read by journalists who are otherwise very happy to talk about IS beheadings and how these either do or don’t represent the local Muslim population (spoiler: they don’t. They only represent the hideous propagandist techniques of a brutal sectarian militia produced by a power vacuum following a decade of inept invasion.)

But, they didn’t read it. Or, if they did, they elected to bypass some genuinely insightful recommendations, such as that which proposes adapting media standards for reporting on suicide and depression to reporting about individuals vulnerable to radicalisation, and get straight to the crowd-pleasing stuff.

But, as the report itself implies, it’s the crowd-pleasing instinct that is itself if left unchecked most likely to incite acts of terror. What we need is less of the bland pronouncements about reaching out to children with the generous arm of scholarly liberalism — a very crowd-pleasing thought — and more dispassionate talk on WTF produced this much-broadcast horror.

The humanitarian or securitisation aims of media are plain in this case. Which is to say, in fixing upon this single element of a fairly complex report, reporters mean well and want to save the nation. The Dead Poets Society feel of talking hip to at-risk teens in class works well for progressive media and the revisionist urge to teach “real” history plays well to the conservative impulse. (Real History works well for IS, too. On the battlefield, young recruits are taught about the colonising and military history of the West from crusades to Sykes-Picot.)

Such reporting may not even be disingenuous, but it is certainly naive and sloppy. Here we have a report that urges Australia’s counter-terrorist collaboration at the international level, speaks forcefully about how unthinking media coverage on the matter of radicalisation can, like poor suicide coverage, be absolutely seen to claim lives and proposes that government explain its strategy clearly. But, what we get is some Hangin’ with Mr. Cooper piffle about inspiring teachers. Of course, teachers can be inspiring and if there’s one able to describe the ruthless dispossession of Sunnis following the US invasion of Iraq, former Iraqi prime minister Nouri al-Maliki’s dangerous incompetence and the failure of the US to leave Iraq with a functioning army, all of which led to horrific radicalisation, I will happily contribute to their super fund and definitely attend their class.

But, in a nation where media and political leaders resort to lazy inanity when talking about counter-terrorism, it seems unfair to expect teachers to fill the gap, all while upholding prescribed responsibilities to Judeo-Christian traditions.

If we want a reasonable and effective discussion on counter-terrorist strategies, a good place to start seems to be in accurately reading a report that gives some clue on how this might be done. It’s almost like those who fail to learn the lessons of history are doomed to repeat them.

Domestic violence needs and deserves the same focus as terrorism

Keeping suspected terrorists in high-security prisons is a terrible idea

seriously?? Accurately reading something in order to add value to public discourse & perhaps even find solutions, particularly prior to expressing an opinion? ELITIST!

Yes, you’re right. It’s all very posh to go to the bother of accurate reporting.
*Orders History Boys on Netflix*

As too often, a good theme but your molasses-like verbiage lost me both Wellies in trying to wade through to the, a, any point.

Thanks HR, given the countless other ills which cretinous journalists blame on teachers, i just assumed it was just same bullshit, different day. Now at least i know it was skimmed from a study of greater substance.