Brandis to be able to fund arts companies in secret

Who will get funding from the new Programme for Excellence? Only George Brandis knows. 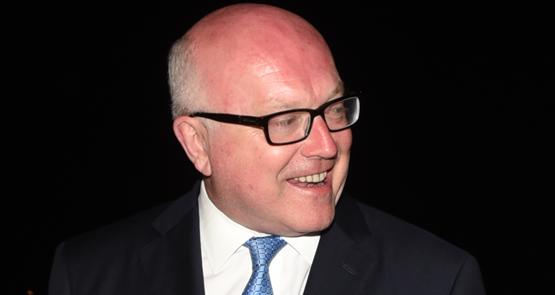 New guidelines for Arts Minister George Brandis’ National Programme for Excellence in the Arts appear to allow the Arts Minister to award arts grants in secret.

The draft guidelines, released late yesterday, contain a short clause that states “successful applicants will be listed in the Department’s grants register, unless the Minister has obtained an exemption in accordance with the Commonwealth Grant Rules and Guidelines”.

The relevant clause in the Commonwealth Grant Rules and Guidelines allows the Arts Ministry to exempt certain grant recipients from public reporting, where doing so “could adversely affect the achievement of government policy outcomes”.

Under Brandis, the Arts Ministry has form when it comes to secret arts grants.

In 2014, Arts Hub revealed that the ministry had given controversial classical music record label Melba Recordings $275,000 in out-of-channels funding. That grant was not announced formally by either the ministry or Brandis’ office, and the only official mention of it came months later in an obscure Attorney-General’s Department spreadsheet.

The Excellence Program also appears to contain a $25 million black hole in its costings.

The draft guidelines state that the new program will disburse approximately $80 million over four years, or “approximately $20 million each financial year for the Program”. But the May budget explicitly provided $104.7 million for the Excellence fund. There is a $24.7 million discrepancy.

Crikey has contacted the Ministry for the Arts to ask about the missing $25 million. At the time of writing we had not received a response.

In addition to the costings black hole, the Excellence fund guidelines also confirm that:

The guidelines confirm what most expected: that the new program has been engineered to take money away from smaller companies and independent artists and give it to the major players. The guidelines seem purpose-built for supporting tours by major performing arts organisations and topping up big philanthropic foundations.

Initial industry reaction to the controversial program has been negative. The National Association for the Visual Arts’ Tamara Winikoff told Crikey that “the draft guidelines disclose that the program is quite similar to, but much narrower, than the programs already offered by the Australia Council”.

“Transparency and accountability seem to be casualties of the new programs, with the minister having far more say in what gets funded and the option that he can suppress the names of grant recipients,” Winikoff said. “That inevitably raises questions about whether decisions will be made for political purposes.”

“It’s very disappointing that instead of expanding support for the arts, the minister has done a reshuffle that will damage the foundational underpinnings of the arts industry.”

The announcement of the draft guidelines comes as the shell-shocked Australia Council reels from the sudden withdrawal of support by the Arts Minister.

The three-year terms of the Australia Council’s chair and deputy chair, Rupert Myer and Robyn Archer, have just expired. Brandis has not reappointed either, so the two key roles are now vacant. Many in the industry are now speculating that Brandis will move to appoint  government-friendly figures to the positions, in a further move to gut the agency.

The animosity between Brandis and Australia Council CEO Tony Grybowski is an open secret in the sector, so by replacing Myer and Archer with government-friendly appointees, Brandis could control the selection of the Australia Council’s next boss.

In an interesting coincidence, the role was advertised on the same day that the Excellence Programme’s guidelines were released.

My money is on Jonathan Mills as next Chair, unless he is being kept for the ABC Board:

Without irony, I noted on Linked In today the Australia Council advertising for a manager of government relations.

Another example of this government wanting to do whatever it likes in secret while asking us to give up significant privacies.

And very likely an opening for an extended bout of upper class welfare, for Opera, Ballet and Orchestras.

Yep, those secret millions going into opera and ballet will be easy to hide.

Can’t se any right wing comedy festivals getting up. The money would be there, but no laughs sadly.

So along with government reports, judicial enquiries, Royal Commissions and the like … arts funding has become politicised under this dreadful and cynical government …