After nearly two weeks of fallout, the ABC board has finally spoken out on the Q&A controversy. 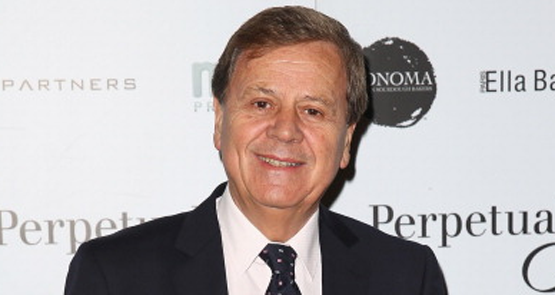 Former SBS managing director Shaun Brown was a late addition to the Q&A editorial review, after the independent inquiry previously agreed to by the ABC board became rather more pointed in light of recent events.

The board yesterday issued its first formal response to the Q&A controversy, sounding its agreement with the snap statement issued by ABC management last week that described the decision to have Zaky Mallah on live TV as “an error”.

The board had signed off on the independent editorial review, the ABC’s fifth since reviews were instituted in 2013, at its June 3 board meeting, more than two weeks before the fateful episode. But it became rather more pertinent on June 22, when Mallah went off script and responded to parliamentary secretary Steven Ciobo’s answer to his question.

The ABC had been in discussions with TV veteran Ray Martin for some weeks, though Crikey understands he had yet to formally agree to conduct the review when last week’s Q&A aired. That’s good for him, because it suggests he knows what he’s getting into. Reviewing ABC editorial conduct is a fraught pursuit, given how ideologically polarised criticisms and defences of the ABC tend to be. The last editorial reviewer Aunty commissioned — highly awarded Fairfax business editor and journalist Colleen Ryan — was heavily criticised after finding Sarah Ferguson’s opening question to Joe Hockey on budget night 2014 had possibly breached the broadcaster’s editorial guidelines.

It’s the first time the ABC has had two people conduct a review of this sort. Martin, a television veteran with plenty of experience in tabloid journalism, and Brown, who was chosen for his public broadcasting experience, will have several months to review the first 22 episodes of Q&A this year, concluding with the June 22 episode. Their terms of reference are audience selection, panel selection and make-up, subject selection, and the social media strategy of Q&A, which includes on-air tweets.

The ABC board’s statement yesterday did not repeat the strident defence of the broadcaster’s role in Australian life given by Mark Scott last Thursday. Nor did it echo staff-appointed board director Matt Peacock’s exhortation this week to ABC staff to stand firm.

The board instead agreed with earlier statements by TV director Richard Finlayson in saying the ABC shouldn’t have had Mallah on in the manner it did:

“The Board agrees with ABC management’s statement last week that the decision to allow Zaky Mallah to appear live on the program was wrong. The nature of the Q&A broadcast made this program different to Mallah’s other media appearances. Given his criminal background and past public statements, the live broadcast meant that the ABC was not in a position to manage unpredictable or inappropriate actions or responses.”

This has led to perceptions that the board has not defended the ABC from attack, and instead buckled under public pressure to rein in its managing director. For example, the front page of The Australian today described the statement as the board publicly challenging Q&A host Tony Jones and managing director Mark Scott on the affair.

Questioned on this by Crikey, an ABC spokesman firmly rejected the view that the board’s statement should be read as a rebuke to Mark Scott, saying the managing director was “actively involved in discussions about Q&A and the content of the board statement released”, while noting that Scott sits on the ABC board. “The suggestion in The Australian that Mr Scott is not in agreement with ABC chairman James Spigelman and the rest of the board is incorrect.”

The spokesman also hit back at an opinion piece by Andrew Bolt published today, which depicted the board as having acted due to the pressure of recent events. “This is wrong. The editorial review of Q&A was ratified by the board on June 3, well before the June 22 broadcast of the program,” the spokesman said.

One person who was unambiguously slapped down by the board statement was Q&A executive producer Peter McEvoy, one of the ABC’s most experienced producers, who, the board revealed, has been given a formal warning under the ABC’s misconduct provisions. These provisions are in the ABC’s industrial agreement and basically operate on a three-strikes policy. The warning will appear on McEvoy’s permanent record.

The board said given the issues around Mallah’s appearance, it should have been “referred up to senior management in the television division under the ABC’s Editorial Policies”.

OMG how gutless is the ABC board???? Whose interests are they really looking out for. Obviously not the ABCs.

Surely this suitability of live guest dilemma is easily solved: every few weeks Q&A’s Peter McEvoy could submit a list of potential future guests to Abbott & the Cabinet to approve or veto.

Here’s another idea: Cabinet could also write the questions.

Brings back memories of John Safran “reviewing” Martin’s treatment of the Paxton’s?
For Ray too?

So an unpopular idiot comes on a live show and says some unpopular things … so what … BUT … Abbott and his cronies and a posse of ABC haters see a political opportunity … so we have a confected outrage, hyperbolic overkill and the like … there aim is to eventually shut down the ABC or at least cause it to be politically docile toward anything the LNP advocates … a bit like the conservative lickspittles and advocates Bolt and Jones …