If we think Islamic State is the epitome of evil and must be stopped, why do we then threaten those who try to stop it? 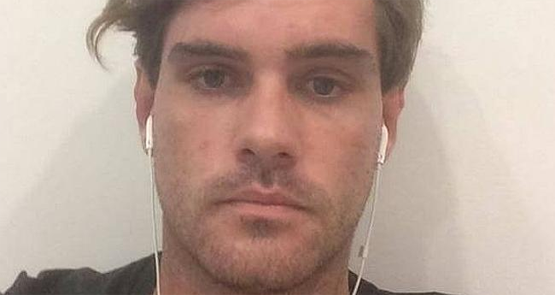 The Abbott government’s reaction to the death of Reece Harding, the 23-year-old Queensland bloke who went to fight with the Kurdish YPG forces in Rojava, is indicative of the hypocrisy and bad faith that attends current Australian policy.

Harding is believed to have been killed two days ago, stepping on a landmine during a night operation with the YPG forces in Rojava — the Kurdish autonomous enclave in northern Syria, on the front line against Islamic State (also called ISIS or Daesh).

The YPG informed his family of the death yesterday.

Foreign Minister Julie Bishop’s reaction to the death was down-the-line policy — people fighting “on either side” of the conflict were breaking Australian law, and she warned against people going to “take part” in places where “terrorism is going on”.

This is absurd. It’s absurd given the government’s other position repeated endlessly by Tony Abbott — that the IS/Daesh is a “death cult” out of the order of normal brutality of such conflicts, and that “ISIS is coming here”.

Nevertheless, if those who actually agree with Abbott — that IS is at war against humanity, against the notion of human equality and the right of communities to live as they please — act on that humanist judgement and go to fight IS in the name of humanity, we will prosecute them and … what? Strip them of their citizenship.

Everything about Abbott’s construction of IS is hypocritical, bogus and sleazy, as this allegedly “even-handed” policy on foreign fighters proves. Abbott conspires with IS’ use of media — its ability to turn grotesque and ceremonial choreographed killings — in order to paint it as uniquely evil. This is partly for domestic consumption, as a desperate attempt for an angle on the polls.

But it is also intended to obscure the denunciation of our earlier “barbaric” enemy, the Assad government in Syria. Assad’s barbarism was marked by his use of high-tech weapons for brutal ends; now that we’re lined up with him against IS and its threat to what remains of the Iraqi state, the mass violence of Assad’s attacks on Syrian civilians — outpacing anything IS can unleash — must be obscured.

Secondly, although we are talking a big game against IS, we’re not really putting the pressure where it should be applied, against Turkey. President Recep Erdogan’s cossetting and funding of IS is not in dispute; it now appears that Turkish authorities let 30-50 IS fighters through the Turkey-Syria border to launch terrorist attacks on Kobane last week, causing dozens of civilian deaths in a recaptured city

The aim of such disruption is clear. Turkey doesn’t want a contiguous Kurdish-controlled region along its border with Syria. Erdogan’s despite of the Kurds goes beyond their alleged threat to the Turkish nation-state. The PKK, YPG and the HDP party in Turkey have all renounced the idea of a Kurdish nation-state.

Erdogan now fears the secular modernity of the Kurds. On both sides of the border, the Kurdish groups are creating secular-modern autonomous zones, with women mandated as holding 50% of the leading roles in politics, administration and fighting. Erdogan is a conservative who believes that women should be home and pregnant.

The Kurds have also internationalised the struggle, creating international brigades under the YPG banner and the Marxist MLKP banner. Though they and the Kurdish troops are getting US air support (something my friends on the anti-imperialist left have been tactically very, very quiet about), they’re doing the fighting on the ground, retaking Rojava from the enemy as a struggle for self-liberation.

The refusal to support them, or to make laws against foreign fighters specific to the cause in question, shows how little the Oz government believes its own civilisational rhetoric. IS was created, in part, out of “the surge” — the paying off of Sunni militias to give the appearance of military victory in Iraq, and the subsequent weakening of the Iraqi central state. Were it to prove advantageous we would switch back to supporting elements of IS again — who would become Islamists we can talk to — against Putin-backed Syria.

This would all be done in true 1984 style — a book that is most pertinent to the current situation. For it was Orwell who pointed to the British government’s “neutrality” with regard to Nazi and Italian fascist backing of Franco as a form of national suicide — Tory MPs cheering the bombing of Spanish republic shipping convoys in Parliament is the same as the studied indifference to the Kurds displayed by the West. Letting them be squeezed between IS and Turkey is a gangster move.

Above all, failing to support those who actually go and fight on the front line against such brutal forces is betrayal of the highest order. Abbott has actually got something right — that line is the line between civilisation and a brutal politico-religious cult. So back the people actually willing to put their bodies on the line in the name of humanity and modernity. The absurdity of celebrating the Gallipoli disaster while threatening people like Reece Harding with prosecution should be obvious. The man was a genuine hero, not the counterfeit kind manufactured for historical consumption. No wonder the Abbott government can’t use him. But then, if Orwell were Australian, they’d be stripping him of his citizenship too. Is there anyone on the right with the guts to break ranks on this sleazy absurdity?

What has Australia done to deserve such ghastly cretins? Voted for them?

The real “disgrace” is how fervent believers want to approve / condemn / ignore Australians participating as military auxiliaries in overseas conflicts primarily on whom they believe are “goodies” “baddies” or neither.
What’s embarrassing for the rational Left is that often the Faux Left are even worse than the Extreme Right.