News Corp loves reporting on domestic violence ... when Muslims are perpetrating it. And other media tidbits of the day.

Domestic violence to the rescue! For almost a decade Australia all but ignored domestic violence (after some high-profile campaigns in the ’90s). Why? Because we oriented to the War on Terror and the question of violence based around race/religion.The West became an armed camp, and domestic violence took a backseat for a while. Then it became a weapon in the war — as the Afghanistan campaign faltered, it became a war for the rights of Afghan women (despite the fact that RAWA, the main organisation of Afghan women, had opposed both the invasion and occupation). Suddenly, in the pages of News Corp, family killings (so-called “honour” killings) among some Arab-Australian communities became a cause celebre. Common-or-garden Anglo domestic violence and killing rated barely a mention. The gendered nature of the killings was of not interest to the right — but they needed the family killings to make their case about Islam.

That deliberate misconstruction has been reversed over the last 18 months (to a significant degree by writings about it in this publication), but now it’s back in the Oz. As the Victorian Royal Commission into Family Violence begins, the Oz is leading with … “Muslim wife-beaters ‘hide behind the cloak of faith‘”. Doubtless they do. Just as non-Muslim wife-beaters hide behind the cloak of “my house, my rules”, “she made a fool of me” and “I’m sorry, darling, it was the booze”. If there’s any evidence that domestic violence is higher in the Muslim community than elsewhere, maybe Tessa Akerman (so many Akermans at the Oz!), the journalist concerned, should produce it. In the meantime, a check of the names of the dead, convicted and accused on Destroy The Joint’s “Counting Dead Women” list, whose most recent listed victims — Linda Locke, Melita Hart, Daniela D’Addario, Julie Hutchinson, Stephanie Scott — sure sound burqa’ed, every one of ’em. — Guy Rundle

The financial year that was. Australia’s major media stocks didn’t enjoy a good 2014-15. In fact, it was a year many in the sector would like to forget, but they can’t. Because first Seven West Media (at its annual meeting in late 2014) and then the Ten Network in April, and then the Nine Network in June, produced downgrades, which stunned investors.

Looking at the share prices, some hit new all-time lows in the last couple of months — Seven West closed at $1.02 yesterday (99 cents in mid-June); News Corp, closed at US$14.24 (the low of US$13.88, was also in mid-June); Nine Entertainment closed on $1.55 yesterday (a low of $1.49 in late June); Ten slumped to 19 cents yesterday and closed at that level, one cent above the all-time low of 18 cents touched in April. Fairfax Media closed at 81.5 cents yesterday, still well above the low of 72 cents hit late last year. Southern Cross Media shares rose 5% yesterday to 97 cents, comfortably above the low of 79 cents last October. And APN News and Media, now safely under the wing of the Murdochs’ News Corp (which own 14.9%) closed at 71 cents yesterday, just clear of the low of 67.5 cents touched last month.

Looking at how they went in the financial year, News Corp ended 2013-14 on US$14.87, and closed the latest financial year on $14.24. Its peak during the year was US$17.45, so there has been a substantial fall from that high. The fall has accelerated in the past couple of months and has come despite the activation of a share buyback program, which has done nothing to staunch the weakness in the share price.

Overall the media sector was down around 16% in the financial year — so Nine, Seven West Media and Ten all did worse than that. — Glenn Dyer

Ad revenues plunge. No wonder News Corp’s Dow Jones is slashing 100 jobs and closing bureaux in a major cost-reduction campaign — newspaper advertising revenues are still sliding in the US with little sign of any improvement in the offing.

Figures out overnight show that total US advertising fell 4% in the first quarter of this year to US$37.4 billion, according to data released by Kantar Media. Excluding the Sochi Olympics a year earlier, the fall was 4%, and leading the way was a sharp slide in print ad spending.

Sixteen of the 21 individual media types monitored by Kantar Media had lower ad spending in the first quarter. “These results are consistent with the ongoing shift of ad budgets towards unmeasured digital media, as well as a general slowing of advertising activity,” Kantar said in a statement with the report (Kantar is part of WPP, the world’s biggest advertising and marketing company).

Spending on newspapers fell 15.4% while magazines fell 8.7%. Spending in consumer magazines fell 7.3%, while ad spending in Sunday magazines plunged by 32.3% in the quarter. Local newspapers experienced a 16% drop in spending, while there was a 13.% slide for national newspapers thanks to lower spending among auto, financial, retail and telecom marketers. (All figures for print media are based only on print channels and do not include websites, apps or other properties operated by print publishers, according to Kantar.) — Glenn Dyer

18C, drink! Tom Switzer, head of the Sydney Uni Centre for Information about America (or something) Studies Centre, was on Sky last night, talking about NBC dropping Donald Trump as a commentator after he called Mexicans “criminals and drug dealers”. Switzer said: “well NBC doesn’t need an 18C law to sack Donald Trump …”. 18C! Drink! My god, these guys like losing. — Guy Rundle

Video of the day. First it was climate denialists acting like brave iconoclasts for opposing the “dogma” of science. Now Western Catholics are positioning themselves as a persecuted minority, subjugated by a destructive rainbow of oppressive gays. 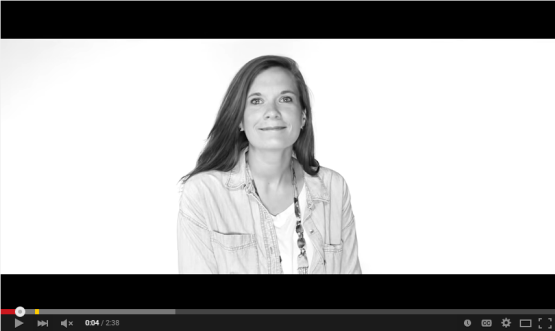