What precisely do donors get when they buy access to a senior politician? Both sides like to play coy on that, fueling suspicion about political donations. 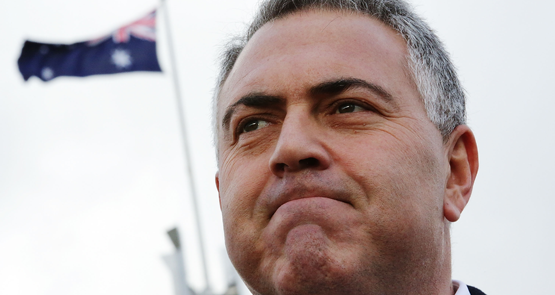 Believe it or not, there are some Australian companies that donate to political parties because they want to support democracy. They tend to give the same amount to both sides, and happily report their donations even if they’re below the relevant reporting threshold or otherwise fall outside the reporting requirements. That’s not to say they don’t try to influence governments or public servants to suit their commercial agendas. They want to ensure their views are known by the people who  count. But they’d donate even if it didn’t involve getting a seat at a table with a minister.

As a long parade of embarrassed MPs and property developers entering ICAC in Sydney and this week’s revelations about mafia figures using donations to buy access to successive Liberal immigration ministers show, however, a lot of political donors aren’t donating out of a commitment to supporting the political process, but because they want to politicians to make decisions that favour them. Decisions that might be purely commercial in nature, or about something much more sinister.

Both Labor and the Coalition rely heavily on selling access to senior politicians to donors in order to raise funding, and they have developed ever more elaborate clubs, forums, associations and other mechanisms to do so in ways that minimise scrutiny. You could actually track the decline in the political fortunes of the Gillard government as Labor lowered its ticket prices to events with Gillard and her cabinet (remember that famous tour of western Sydney by Gillard? She drove across town to do one of those fundraisers at Pyrmont in the middle of it). Many — possibly most — politicians hate such events with a passion, but they accept them as a critical component in trying to fund modern election campaigns.

But what do you get with that access when you stump up $12,000 for a table with a minister at it?

The Fairfax story on Joe Hockey that led to its $200,000 loss yesterday — bearing in mind the judge found no issue with the story itself — revolved around this central issue. Both sides play coy on the subject. Openly saying a minister or shadow minister will ignore any views put to them over some rubber chicken and average-quality event liquid would risk bringing such fundraising to a juddering halt. But clearly, getting access to ministers is no guarantee of anything. Ministers are barraged with a variety of views all the time on their portfolios, and ministers at the Commonwealth level rarely exercise the kind of direct power to benefit individual firms that state ministers have (which is the reason for the endless parade at ICAC). The record of Commonwealth politicians compared to state politicians on corruption is very good, and politicians who are in federal Parliament on any side merely to look after themselves are, fortunately, very rare. Moreover, it’s often senior Commonwealth bureaucrats, in charge of drafting regulations and formulating advice, who are the more prized targets of lobbying.

But some donors are seeking a specific outcome, as the mafia story (which, you wouldn’t pick it, has been ignored almost entirely by News Corp) indicates.

If both sides like to cultivate an air of uncertainty about what buying access actually means, the bipartisanship ends when it comes to transparency. Labor isn’t perfect by any means, but under Kevin Rudd, John Faulkner made a major but ultimately unsuccessful effort to mend the damage done by the Howard government to political donation laws and bring them into the late 20th century, if not anything more recent. And federal Labor and most of its branches report all donations above $1000, not the legal threshold, which is now $13,000.

The Liberals, however, have a record of reducing transparency — not just the Howard era changes to reporting thresholds, but Campbell Newman’s disgraceful reversal of Anna Bligh’s very strong reforms in Queensland (Barry O’Farrell in NSW, to his credit, was much better). And in reporting, the Liberals stick closely to the rules about what should be disclosed. That’s why nearly 60% of the Liberals’ revenue nationally isn’t accounted for under Commonwealth reporting requirements — a vast credibility gap that creates exactly the kind of suspicions that led to the headlines about Joe Hockey.

If Hockey’s feelings were so genuinely hurt by Fairfax, perhaps he’d be interested in reforms that would provide greater, not less, transparency about who is donating to him and his party, and would provide greater assurance to voters that they had the full story about political party financing, not 40% of it. It’s absurd to think Joe Hockey, or any federal treasurer, could be “bought” by a political donor. But under the current rules, the suspicion that they and their colleagues might be influenced behind closed doors by cash-wielding donors isn’t going to go away. And while the problem is bipartisan, the Liberals clearly aren’t interested in any solutions.

After 1000 days of waiting, is a federal ICAC now more likely to happen?

The good news is that Hockey now has a reasonable deposit for another investment property – yes, even in ‘affordable’ Sydney if he borrows 90% balance of the purchase price.

Very carefully written by Bernard. I guess this is what we have to look forward to: Hockey maybe now hiring someone to look through articles to see if he can pick up some more deposits for his wife’s next negatively geared property investment.

Having spoken to someone lucky (?) enough to regularly attend such private gatherings with MPs, Ministers and high-ranking advisors (think round-table with a bunch of CEOs and other senior business people), there is a pretty blatant level of discussions regarding “what are you after?”, or “we are putting together a policy on **** – what are your thoughts?”.

Sure there is no guarantee that outrageous or specific requests will be catered for, but there is apparently a suprising amount of value for money for such attendances. As you’d expect I guess – otherwise why would people bother going/paying?

In Queensland, following a large donation or two to the LNP it was possible to:
– have retrospective legislation to legitimise illegal mining
– allow a mining business to draft new legislation to make sure it worked as desired.

SO the current definition of an honest politician is one who stays bought, dances only with the one wot brung him?