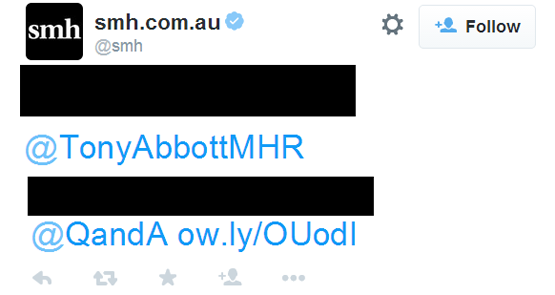 The implications of the Federal Court ruling on the Hockey v Fairfax Media Publications Pty Limited defamation case have sent a ripple through the Australian digital publishing industry, threatening to alter how editors and social media managers approach social media and other digital promotion.

In his ruling, Justice Richard White found the articles published by The Sydney Morning Herald, The Age and The Canberra Times were not defamatory. But, he ruled, the tweets and newspaper posters associated with the story were. That’s despite the tweets having used the same “Treasurer for sale” headline in the print editions, followed by a hyperlink to the full article. White assumed that most of those who saw the headline in the newspaper would have received all the context necessary to interpret its meaning from the story that followed. He assumed those who only saw the tweets but did not click through would not. And so the Twitter publication was found to be defamatory. For similar reasons, the newspaper posters distributed by Fairfax were also ruled defamatory. In response to this, Fairfax pleaded a qualified privilege defence to the defamation, but this was defeated by a finding of malice against SMH editor-in-chief Darren Goodsir (largely based on emails he’d sent to other Fairfax staffers).

Twitter places a 140-character limit on posts. This forces tweeters to use short, telegram-like updates to encourage people to click through to the longer article. These updates will necessarily be less nuanced than what writers can produce with no character limit, even putting aside the fact that posts on Twitter have to compete for reader attention with hundreds of other updates on people’s feeds (thus encouraging curiosity-gap headlines, frequently referred to as “clickbait”).

“The Hockey decision means you clickbait at your peril,” Bruce Guthrie, a former Herald Sun editor-in-chief and Age editor who’s now the editorial director at digital title The New Daily, told Crikey. “The more I think about the judgment, perhaps it’s more cutting edge than some of us first thought.

“The reality is that many digital publishers, when chasing clicks, will dash off a form of words in a tweet or Facebook post that exaggerate or even misrepresent the journalism in order to get traffic … Ultimately it’s just another potential tripping point in the minefield of defamation.”

Digital publishers Crikey spoke to this morning were reluctant to say the ruling would change how they approached social media promotion, but they did say it underscored how important it was to be careful with it. “Defamation is something we should be thinking about whatever platform we’re publishing on,” said The Guardian Australia editor-in-chief Emily Wilson.

New Matilda editor Chris Graham, fresh from his own defamation battles, said he’d always looked down on clickbait for ethical as well as legal reasons. “Clickbait is one of the biggest problems in media today,” he said. Graham said he’d never assumed fuller context could be provided by a link, as so few people click through (a factor cited in yesterday’s ruling). “Tweets can and do go viral, and that doesn’t always lead to page-views,” he said. “I think our headlines pretty closely match our stories. I don’t think we make claims in headlines that have to be qualified in stories.”

That said, he added, he didn’t believe “Treasurer for sale” was clickbait. “As a journalist, I can look at that and see what they meant … Fairfax was perhaps unlucky in that.”

Guthrie disagreed, saying the headline perhaps went a bit too far. “It’s worth remembering that nothing would have been paid out if Fairfax had been less adventurous with their original ‘Treasurer for sale’ headline. I thought it was over-cooked at the time, and so it’s proved.” Nonetheless, he hoped Fairfax would appeal, to provide more clarity around the issue of summarised, shorter updates, whether they appear on newspaper posters or tweets.

The need for an appeal was also highlighted by Geoff Holland, a barrister and law lecturer at the University of Technology, Sydney. “What has to be taken into consideration is that it was only a single judge of the Federal Court. The media will need to be aware and show caution until this matter can be taken to have been settled by a higher court,” he said this morning.

“What is concerning is the potential impact that it’s going to have on social media use, particularly as it’s used by media organisations to promote their own publications.

“We will see greater consideration of action against media organisations based on this. Typically, advice — from lawyers — would be that in context, a headline would not be considered to be defamatory. Up to now, it is not something that we would have thought too much about. It would have been assumed that readers of a tweet would click through on a hyperlink to get the context of a tweet.

“If you are looking at the issue as a whole, the question is, ‘Is this the most appropriate way to treat new media and will it stifle the use of new media?'”

Speaking more broadly on the case, Dr Joseph Fernandez — head of school of media, culture and creative arts at Curtin University — said given the malice finding relied on emails sent by SMH editor Darren Goodsir to colleagues and reporters, more circumspection may be wise. “Journalists need to be very careful how they speak about this with their colleagues because it if gets out into the public domain, it could be used to argue malice,” he said.

“But what the judgment does show that if you were under the impression that the situation was different for social media, then this is a reminder that it isn’t.” 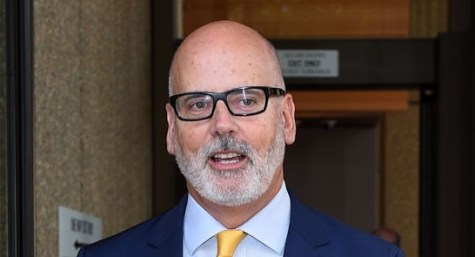 Sorry the most expensive word: Age apologises in front-page splash

Would the tweeted headline have been defamatory had it read ‘Treasurer for sale?’

Zut: Two separate tweets were found defamatory. One was just ‘Treasurer for Sale’ with the link, another had a bit more of a summary. This is a good explainer on exactly what was found defamatory – http://sociallitigator.com/2015/07/01/justice-white-delivers-judgment-of-solomon-in-hockeywhite-litigation/

But the short answer to your question is: yes.

Another blow against free speech.

Finally Hockey achieves something his boss can be proud of !