Alan Morison and Chutima Sidasathian are facing court -- and the possibility of seven years in jail -- for republishing a single paragraph of a Reuters story the Thai government disapproved of. 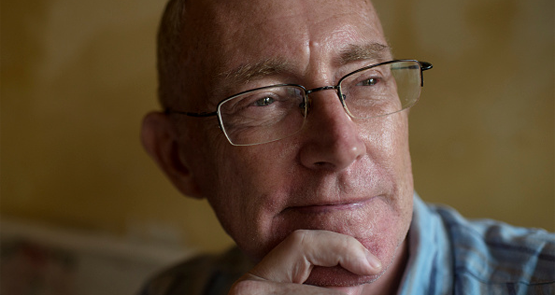 The Australian government is facing another Peter Greste moment, after Thailand-based Australian journalist Alan Morison received news on Friday from the country’s military dictator, Prayuth Chan-ocha, that Morison and his local colleague Chutima Sidasathian would face court on July 14, on charges of defaming the Royal Thai Navy and for computer crimes. If convicted they could go to prison for seven years.

The pair had been hoping for a reprieve, as the Australian government has stepped up diplomatic efforts on their behalf over the past six months.

Foreign Minister Julie Bishop raised the case with Prayuth on her visit to Thailand in April — the first by an Australian cabinet minister since the Coalition took office in September 2013. The fact that she lent some much-wanted global legitimacy to a regime that was illegal under the constitution it ripped up upon attaining power in May 2014 appears to have been forgotten in Bangkok. (It’s worth noting the junta is struggling with finalising a new constitution but now appears to be using this as its latest excuse to delay fresh elections.)

Even Australia’s circumspect diplomatic corps — and Australia’s ambassador to Thailand is one of the more forthright of its senior envoys — has pursued this case because whichever way one cuts it, it’s a (potentially very nasty) joke.

Morison and Chutima are facing trial for the “crime” of reprinting a single paragraph of a story by wire service Reuters on the Rohingya refuges nightmare, which has escalated into a regional crisis in the past three months. The Reuters story won a Pulitzer Prize, but neither Reuters nor any other news outlet that reprinted all or part of the story faces any charges in Thailand.

Thailand’s government is, like a schoolyard bully, going after the little guy. As the Chinese like to say ,“kill a chicken to scare the monkeys”.

“Recent exposure of the graves of luckless trafficking victims in Thailand and the boats bobbing offshore has revealed more fully the horrors that Phuketwan has been accurately recording now for seven years.

“During that time, the Royal Thai Navy, along with the Burmese Navy, has been attempting to maintain silence about what was happening to the Rohingya, and to the Bangladeshis who more recently joined them in the boats.

“In December 2013, in an attempt to end Phuketwan’s coverage of this shocking breach of international human rights standards, one or two officers misusing the good name of the Royal Thai Navy sued me, Chutima Sidasathian and Phuketwan’s parent company, under Thailand’s repressive criminal defamation and Computer Crimes Act laws.”

The confirmation of their trial capped off 10 days soaked in personal tragedy, during which both their fathers passed away after long illnesses. John Harding Morison, 91, died in Mount Gambier, South Australia, on Monday. Sawat Sidasathian, 71, died in Korat province, Thailand, on Wednesday.

”The profound regret Khun Chutima and I now share is that the Royal Thai Navy’s unjust case prevented us both from spending more time with our fathers before they died,” Morison wrote on Phuketwan. ”It is an abuse of humanity. We will never forgive or forget this week.”

July is shaping up to be a signal month in testing Thailand’s fragile justice system. On July 8, two young Burmese men will appear in Koh Samui court charged with the murder of Britons Hannah Witheridge and David Miller last September. The pair were arrested after a farcical manhunt and bungled police and forensics operation and are widely seen as scapegoats designed to satisfy Bangkok desire for the appearance of justice.

A day earlier Jack Hansen-Bartel, a 21-year old Australian bashed in a Koh Samui nightclub last year, will reappear in court on assault charges despite no police evidence of any harm to his attackers, who have admitted inflicting blows to his face. Last week he underwent surgery to graft skin from his palate onto his gum in an effort to rebuild it so teeth can be replaced.

These collective incidents and potential (and already perpetrated) injustices are just the latest peeling back of the veneer of the so-called land of smiles that has revealed a dysfunctional political system and a legal apparatus subject to overdue “influence” by unseen actors. Figures released recently by the Department of Foreign Affairs show that Australians are beginning to realise there are plenty of alternatives to Thailand in the region, tourist numbers are down 10% compared with similar rises in places like Vietnam and Cambodia.

Despite all this, there is much to like about Thailand and its people, but the systematic problems run deep and if allowed to continue, the place  — and its tourist industry — could end up in all sorts of trouble.

In the meantime, Morison and Chutima should be handed a reprieve in the next fortnight and the Australian government should redouble its efforts to make this happen.

*Crikey inadvertently suggested Australia’s ambassador to Thailand, Paul Robilliard, was stern. He’s not and even quite good fun in private, we hear. But he is forthright, more so than many of his peers, which is what we meant, and we like that.