Guess who's back for Indi ... Butt plugs for terrorism? ... Malcolm Turnbull's stuck in the middle ...

Game of Indi. It was announced over the weekend that Sophie Mirabella would once again be the Liberal candidate for the seat of Indi in Victoria, after she was unseated in 2013 by independent Cathy McGowan. Mirabella told reporters she had learnt from her mistakes and would be campaigning more locally, after previously getting caught in the “Canberra bubble”. It’s a long way from the Mirabella who told members of the Voice for Indi community group in late 2012 that “the people of Indi aren’t interested in politics”. Mirabella will be fighting the battle for the seat on multiple fronts, with the Nationals confirming yesterday that they still intended to run a candidate in the seat, even though many prominent Nats in the area supported McGowan in 2013. The pressure is now on the local Nationals to name a candidate, as Mirabella and McGowan will be wasting no time in making their pitch to the electorate. We know they have already been asking around, with former presenter of the ABC’s Country Hour Libby Price approached to run earlier this year, but she declined the offer. Some locals are wondering why they would run at all, as they don’t want Nationals preferences to go towards re-electing Mirabella. So why the delay? Is it a question of who to run, or whether to run at all?

Maybe Bronnie wakes up late? Folk in the Avalon area of Sydney’s northern beaches are still a bit bemused at receiving an invitation to morning tea from their local member — Liberal MP (Mackellar) and Speaker of the House of Reps, Bronwyn Bishop. It’s going to be held on July 9, and RSVPs have to be in by July 2. What is is bemusing (well, amusing) some of the voters is the time of kick-off for the tea — 1.30pm. Surely the pedantic Bronnie would pick up any mistake like that?

Is the Tele worth 10 cents? This morning’s Media section in The Australian was missing an important marketing development for News Corp Australia — people buying The Australian at certain Sydney newsagencies could have bought The Daily Telegraph for just 10 cents extra. Only newsagencies with an update accounting system (which allows for the special sale deal to be properly registered and accounted for) are in the three-week trial. It is apparently aimed at trying to broaden the reading demographic of the Tele in Sydney, where the paper is resolutely stuck in low gear by appealing to lower-income readers. At 10 cents a copy under the offer, the Tele is still too expensive.

Pig-headed v picture-minded. The United Patriots Front decided to roast a pig on a spit out the front of the ABC’s South Melbourne office on Saturday as a way of protesting against Zaky Mallah’s appearance on Q&A. Yesterday, however, activists in support of the ABC drew pictures and wrote on the ground with chalk. 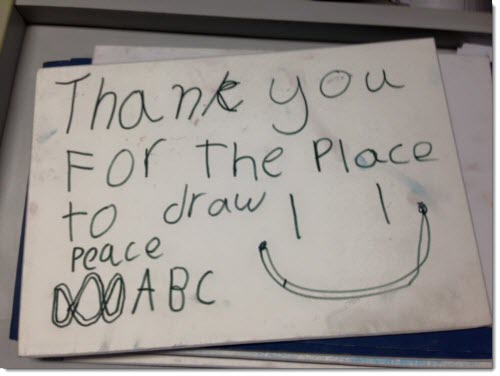 Malcolm in the middle? Still on the Q&A controversy, one tipster says Communications Minister Malcolm Turnbull seems to have found his way out of a wedge and a hard place:

“Turnbull’s oddly strident position on the Q&A kerfuffle is a survival tactic. Abbott still wants Malcolm out of Cabinet and was trying to force him into a ‘principled’ resignation over the citizenship-stripping legislation. Turnbull managed to slither out of that corner with the negotiated changes. Now, the PM is winding up the anti-ABC rhetoric in another attempt to wedge the previously ABC-sympathetic Turnbull (who also happens to be a Q&A regular). Faced with the banshee attacks on Aunty by the Murdoch press, Turnbull has made the cynical decision to join the bullies and ditch his previous support for independent public broadcasting.”

Islamic State’s gay agenda. It was a sinister sight, well spotted by CNN’s Lucie Pawle on the streets of London — an Islamic State flag carried in a gay pride parade, borne by a man who, Pawle breathlessly reported, looked distinctively different to the other parade participants. Pawle was, she claimed, “the only person who has spotted this”. For six and a half minutes, CNN discussed the flag with Pawle and its national security expert, Peter Bergen. Pawle admitted it wasn’t actually the IS flag, that in fact instead of Arabic it had what she said was “gobbledegook” on it. “Could this be a warning, could it be a sign, could it be a flag of sorts of hey, you know what, this is our next location, this is our next attack?” the host demanded of Bergen. Bergen admitted confusion, noted that Islamic State brutally murdered gays, and opined that it might actually be a criticism of Islamic State. Of course, at no point had Pawle or anyone at CNN actually taken a close look at the flag, which featured an extensive array of diagrams of what are politely called “sex toys” on it.

Once this became clear, CNN rapidly took its earnest discussion of the dildo-and-butt-plug flag off its website, but fortunately the exchange was captured in all its glory by other websites. Of course, you could dismiss this as an amusing error, but in fact it is a perfect encapsulation of national security state thinking by a mainstream media company: the hysterical misrepresentation, the complete inability to see humour expressed by others (at one stage Pawle talks about the quirky British sense of humour, while failing to spot the dildos and butt plugs on the screen), the completely baseless speculation in order to pad out the report, the hilarious effort to describe the flag-bearer/suspect as somehow “distinctively different” to other parade participants, the summoning of a ponderous terrorism expert to offer a half-baked opinion, even Pawle going to the police and telling them about the flag (“they didn’t seem to know anything about it”). It was so over the top, we’re wondering if Tony Abbott demanded a security briefing on it. 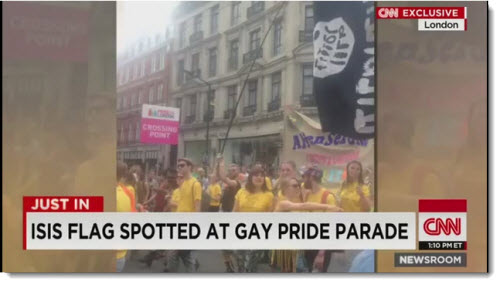 Having taken advice from the Treasurer that the poorest people don’t drive cars I’m surprised to hear they may be able to cough up as much as ten cents for a newspaper.

And overpriced at that.

Tips & Rumours once again a ménage of trite and vaguely sourced. Well done re your consistency.

Get a grip Norman, it’s called tips and rumours. It’s near going to win a Pullitzer Prize. You didn’t enjoy the absolute rubbish from CNN? Why do the crap media always have to drag out some anti terrorism expert to pontificate on these things. Ted a Turner must be down to his last few hundred million , is he still alive?
Does anyone watch CNN nowadays?

Ken, I’ve never come across a Pullitzer Prize. Is it for a media entity which specialises in inadvertently pulling our leg? As for media you don’t like which “always have to drag out some anti terrorism expert”, do you genuinely believe it particularly bad for them to use experts?
Since I don’t know who “Ted a Turner” is I can’t help you with your interest in whether he’s alive let alone what his financial status might be. I can, however, tell you there are still some people watching CNN.