Will Clover Moore be able to keep Sydney City Council together? 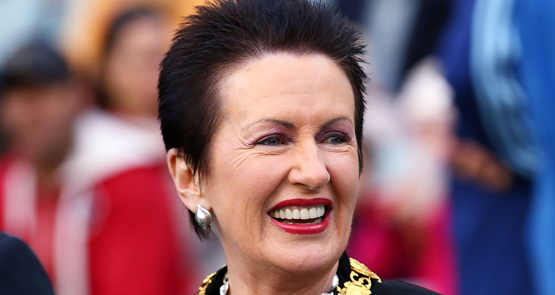 Tomorrow is the deadline for 152 councils across NSW to declare whether they will merge with neighbouring councils or fight to stand alone.

Premier Mike Baird’s amalgamation policy, named “Fit for the Future”, is principally aimed at greater Sydney, where academic Graham Samson, chair of the Independent Local Government Review Panel, has suggested the number of councils be cut from 41 to 18.

The flashpoint is Sydney City Council, Australia’s most prosperous local government principality, where lord mayor Clover Moore, an independent, has been popularly elected three times since 2004.

Her Liberal opponents spent millions of dollars in an unsuccessful a “Get Clover” campaign aimed at putting a big business enthusiast in town hall during the 2012 election. It failed, but if council elections go ahead next September, there will be renewed attempts, with an even bigger war chest, to unseat her.

Since the last election, electoral rules have been rigged against the lord mayor. Every business within the council boundaries has been given two votes, and it is compulsory to cast both of them. The legislation was moved by Robert “The Elephant Man” Borsak of the Shooters and Fishers Party and supported by the Coalition.

Local Government Minister Paul Toole backed Borsak’s legislation, which orders Sydney City Council to compile an electoral roll of tens of thousands of small, medium and large businesses and their proprietors across the CBD and south Sydney.

Toole told MPs: “At the 2004 council elections there were 2059 non-residential enrolments. By the 2008 election this number had dropped to 396. Ahead of the 2012 election, the council spent $243,242 on its campaign to encourage non-residential electors to enrol. The campaign yielded 1709 enrolments, and of these only 1498 voted. This situation cannot continue.”

In other words, having failed to encourage business to oust Moore and her team by normal democratic process, the Coalition is now enforcing enrolment and giving business double the number of votes of ratepayers to achieve her demise.

At a special two-hour meeting Sydney City Council voted to reject amalgamation with either Woollahra, Waverley, Randwick or Botany, with only one councillor, Mandla, an IT specialist and weightlifter, opposing the lord mayor’s “stand alone” motion.

The other Liberal councillor, Christine Forster, sister of Prime Minister Tony Abbott, voted with Moore’s independents and Labor against amalgamation, splitting the Liberal team and causing an open breach with the Baird government.

Both Mandla and Forster, who is building her political profile in inner-Sydney’s feminist and gay communities, will stand against Moore at the next council election.

Another declared candidate is CBD cafe owner Angela Vithoulkas, who unsuccessfully contested the mayoral election in 2012.

Instead of being cowed by the powerful political and media forces against her, Moore has been galvanised. She argues that 40% of all new jobs in Sydney are being created in the council area; the city has $40 billion worth of local government development to carry out in the next decade; the council has approved billions of dollars of new developments and a light rail project through the CBD; and 100 hew homes are being constructed in the city each week.

At public and private meetings, Moore is attacking the Coalition’s “power grab” and arguing that the city’s economic success will be sabotaged if the council is forced to embrace a much larger local government area.

The Carr government’s forced merger between Sydney and South Sydney councils in 2004 took five to seven years before the single entity became functional. How many years will a Sydney super-council take to become fully operational?

The Coalition, acting on the advice of Alan Jones, News Corp and a small group of hardline Liberal boardrooms, is proposing to jeopardise the city’s growth to pursue a political vendetta against Clover Moore.

Sounds like something that Prime Minister Tony Abbott would happily perform, but is it really in the political interests of Premier Baird or Treasurer Gladys Berejiklian, stars of the currently top-rating Mike and Gladys Show?

Alex, discussions about Local Government boundaries have long been driven more by the designs of influential pressure groups. I recall in the 1950s people in all seriousness arguing that control of the Sydney City Council was the most important, even if they rarely acknowledged WHY it was so important to them.
Next in importance was the NSW Government, because it decided the Sydney City Council’s boundaries.
Oh, and of course there was that Parliament in Canberra.
And now we allegedly have people pushing for decisions which aren’t all about ratepayers and residents.
Who would have dreamt such things might happen!!!!!!!!!!!!!!

Good luck with their efforts, however unfortunately the only council that you would say has an undeniable right to remain largely as is would be the Sydney City Council.

It is a fundamentally different council area from all the others, and needs to be governed differently from a local councils in the ‘burbs.

But that won’t stop them pushing that excrement uphill with a blunt stick.