The more voters get to know Shorten, the less they like him

Bill Shorten's inexperience means Labor has fewer options to exploit disillusionment with the Abbott government, and that he'll remain a mystery figure to most voters. 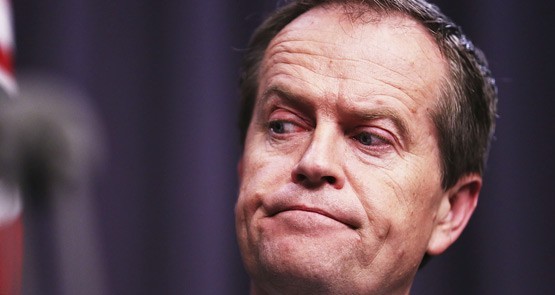 Some numbers to put Bill Shorten’s current troubles in context:

The growing disapproval of Shorten also coincided with the end of Labor’s period of staunch and high-profile opposition to the Coalition. This year, Labor has rolled over on national security laws, repeatedly, in a desperate and unsuccessful effort to avoid being painted as weak on national security by Abbott. Recently the party has (correctly) agreed to back the government’s fuel excise indexation changes. It has backed the government’s internet censorship bill, and quickly fell into line in backing the government’s efforts to fix possible legal problems with offshore processing. Coincidence or not, the more Labor has co-operated with the government, the worse Shorten’s position has become.

One other piece of data: Shorten is the least experienced first-term opposition leader of recent decades. Brendan Nelson had six full years of ministerial experience before becoming leader and had been in Parliament nearly 12 years. Kim Beazley, who led Labor against John Howard after 1996, had been in Parliament since 1980 and had been a minister from the start of the Hawke government, as well as deputy PM. Shorten has only been in parliament since 2007 and only received his first ministerial position in 2010.

Therein lies Shorten’s problem, but really it is Labor’s problem. Experience is important in parliamentary politics. Long service means voters have a better understanding of who you are, even if they don’t like you (Tony Abbott being the best recent example), and it means you’re more comfortable and effective communicating and using the media. Both Kevin Rudd and Julia Gillard — apart from their other flaws — are examples of the difficulties of being prime minister when people don’t really have a strong sense of who you are or what you stand for. Rudd became prime minister after just nine years in parliament, Gillard after 12, and neither had established themselves and their core beliefs in the public mind before taking on the big job.

More experienced politicians rely less on media training and more on their own core values and style; talking to them privately and listening to them publicly isn’t terribly different, because they’re at ease with the way they publicly communicate. That’s why Anthony Albanese, who entered politics in 1996, is a far more effective communicator than Shorten — his aggressive, have-a-go style has been honed for years, and he more or less talks in public the way he talks privately.

But Shorten is still at the stage of consciously performing when he communicates. He is capable of delivering a strong speech, but to watch him is often to be reminded of the nervous junior minister whose first forays to the dispatch box in government were rarely short of embarrassing (he got better, like Greg Combet got better, though Combet got better faster). Shorten — who is privately articulate and thoughtful — relies heavily on his talking points and rehearsed messages (thus the zingers), and he often performs less well once people start asking questions.

Communication isn’t everything in politics — Malcolm Turnbull is by far Parliament’s most brilliant communicator, but it didn’t save his leadership — but when you’re an opposition leader trying to establish yourself with the public (especially when the public might be receptive to you, given how awful the government is), effective communication is crucial, and Shorten simply can’t cut through. Another decade in politics might see a far more relaxed, effective Shorten, but the challenge is immediate, not long term.

His inexperience also limits Labor’s options. Labor had no political choice but to roll over on something like data retention because it lacks the capacity to articulate the case that you can be tough on national security and not believe mass surveillance actually helps.

Tanya Plibersek, who was a minister right from the outset of the Rudd government and has been in politics since 1998, has more experience than Shorten. So does Albanese and Jenny Macklin, while Wayne Swan remains on the backbench. Beyond them, however, Labor runs out of long-term experience very quickly. For that, you can blame Kevin Rudd, primarily, and to a much lesser extent, Julia Gillard. It was Rudd’s return in 2013 that sent decades of political experience out the door. Stephen Smith, who if he ever loosened up could have become a charismatic leader — gone. Greg Combet, gone. Craig Emerson — gone. Peter Garrett — gone. Along the way, the Rudd-Gillard conflict also claimed Simon Crean and Martin Ferguson (although the latter was doubtless hankering to get out and earn a quid from his mining mates anyway).

Voters are clearly unhappy with the Abbott government, but Labor under the current version of Shorten is not reaching them with a compelling alternative. The last time that happened was in 2010, when Rudd nearly wrecked Julia Gillard’s election campaign. The only winner out of that was the Greens. Their parliamentary presence surged on the back of disillusionment with the major parties, who were perceived as offering a lack of leadership. The same feeling is pervading politics now. Labor badly needs a leader who can alter this dynamic of disillusionment.

Labor’s problems are bigger than just shorten. Voting for metadata retention was a nail in the coffin, voting against mandatory reporting of child abuse in nauru was another massive nail in the coffin that is Labor.

They present no vision for Australia, they just come across as Abbott-lite.. the same dreary depressing shite about debt and deficit, daesh is coming, and why we should all be spied on using our own taxes

Labor sorely needs a leader who has alternative policies to the Abbott government & who can convey a simple message to the electorate.

Shorten is capable of neither & has the added impediment of the ghost of Banquo ever hovering.

Don’t disagree that Labor badly needs a leader who can articulate a plausible alternative, but isn’t the whole argument here predicated on the assumption that Labor is the only alternative to the Coalition? There is no golden rule of politics that says that any one party is guaranteed to be either the government or the official opposition. There was no Labor party to speak of in the 19th century and there probably won’t be by the middle of the current century. Ditto with the Liberals who in their present incarnation are even more of a latecomer. I suggest that Labor’s decline is not because of Mr Shorten’s shortcomings, manifest that they are, but that Labor has long since sold out on being any kind of meaningful alternative.

Perhaps Mr O’Neill is right, maybe they don’t have anything to sell that the public wants to buy.

On the other hand, Albanese has that ‘man in the street’ quality to him that might just make him an effective communicator, and given the homogenised look that every politician comes with these days, might just go very well.

Shorten is so anodyne, he is almost the man who wasn’t there. He elicits no feeling at all from me, and he does have that history in the leadership dealings that will haunt him.

On the other hand, Albanese came out of ‘The Killing Season’ looking like a man of principle. At least, that was my impression.

Plibersek would be better than Shorten, but perhaps Albanese is the man for the times.

Resign Bill, and leave a clean transition to Albanese.

Bill Shorten is hardly setting the world on fire but there is no Messiah in the wings – no Whitlam, Hawke or Kevin 07. I find it unlikely that replacing Mr Shorten at this stage would help Labor’s cause. For better or worse, Bill Shorten will take Labor to the next election.