Rundle: How <em>Q&A</em> wedged the right

Asking Nick Cater and Freedom Boy Tim Wilson to join the Q&A panel was a masterstroke. But now it's all up to Wilson. 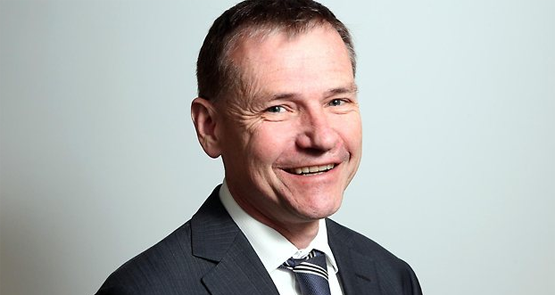 Tonight’s line-up of Q&A initially looked like a sop to the right, with two major players — Freedom Lad Little Timmy Wilson and Nick Cater — on the panel. But take a closer look and you’ll see how artful the Q&A producers have been. They’ve invited two rightists from the liberal and libertarian side to come and argue the case over Zaky Mallah and the independence of the ABC.

Belatedly, the right appears to have realised this. As Crikey was going to press this morning Nick Cater announced that he was pulling out of the show due to “dismay” at the way in which the ABC had handled the Zaky Mallah affair. This is a particularly gutless performance by Cater, but a little explanation is required.

The whole Zaky Mallah brouhaha turns on two different right-wing conceptions of the state, the public sphere and free speech. In the more authoritarian version the government is running, the state has the power and legitimacy to circumscribe the extent of who gets to speak and what they say in the name of national cohesion, security, identity and values, etc.

In Abbott’s current formulation it has gone from a Burkean Anglo-conception of such limits to a European reactionary one — a religious conservatism somewhere in the region of Action Francaise of old and Geert Wilders’ ironically named “Freedom Party” of today.

The Libs have largely lined up with this — Insiders yesterday had the pathetic spectacle of Malcolm Turnbull, onetime advocate of the right to publish the Spycatcher espionage tell-all, muttering on about the “security risks” of MC Mallah sitting in the Q&A audience — but parts of the right haven’t. Or haven’t yet fully committed themselves.

Nor in the case of Wilson and Cater, should they. Wilson, as a classical liberal (and if he has any guts), should line up with a Jeffersonian conception of the public sphere and free speech. In this formulation, made by Thomas Jefferson in the 1790s and beyond, when the US federal government had been consolidated by the constitution into a form of power that went well beyond what many of the founding revolutionaries wanted, the public sphere should be an open space where everything up to the legitimacy of the government of the day and the right to mount insurrection against it could be discussed.

Jefferson wasn’t one to observe mealy-mouthed platitudes about rebelling against tyrannies only; this was for so-called democracies too. He pretty much argued that the government should be overthrown by the people every 50 years or so (when he died, the book on his night-table was the Koran. I doubt Malcolm “freedom” Turnbull would let him into the Q&A audience).

Will Tim be willing to defend freedom in those terms (even if he doesn’t go all the way with TJ)? Abbott’s illiberal conservatism has put timid liberals like Wilson in a bind. They hate going against the government except on details, but Abbott’s implicit idea that the state is the public sphere should be anathema to them. Wilson will either have to come out swinging against the government, or cast off what remains of his integrity after he became a salaried officer of that social justice rights factory, the Australian Human Rights Commission.

For Nick Cater the situation would have proved even more excruciating. For some years, while working for News Corp, he has also been filing for the UK Spiked website. Formed out of members of the ultra-leftist Revolutionary Communist Party (RCP) when that group dissolved in 1996. Spiked‘s members are happy to continue to call themselves “Marxists” (at times) and to see their current historical role as that of advocating an uncompromising commitment to free speech. Mill’s “On Liberty” has replaced Marx as the text they advocate first reading.

Spiked are particularly hostile (as am I, and also a one-time Spiked contributor) to the practice of “no platforming”, which has been current in the British left and in UK universities for some time. Under “no platforming” you set the limits of free speech by refusing to allow, say hard right groups to use a student union room to hold a meeting, or to appear on the platform in an “all-party” debate. It’s this liberal-libertarian position Cater has taken up in his own writings, and he has used the same critique that Spiked have regarding the role of “fear” in this process.

Under the Spiked conception (as outlined by their chief theoretician Frank Furedi), fear is used by governments of both right and left to destroy the sense of robustness, resilience and solidarity that makes a genuinely free public sphere possible. The Abbott government’s ever-more intense manipulation of fear — its attempt, via Turnbull, to say that people like Zaky Mallah might blow up spontaneously in the Ultimo studios — is a textbook example of what Spiked is lining up against.

Cater’s withdrawing from Q&A is thus doubly pathetic. Firstly, it’s clearly tactical, coming hours before Q&A is due to go to air. What, Cater didn’t notice the free-speech line Q&A was taking all week? Secondly, it runs counter to the liberal-libertarian line that Cater and Spiked have been running for years.

Cater said in a statement to the ABC:

“Given that the ABC has failed to apologise unequivocally for giving an open microphone to a convicted criminal and terrorist sympathiser on last week’s Q&A, I will no longer be participating in tonight’s program … the failure of the ABC to unequivocally apologise for the gross error in bringing on a criminal and terrorist sympathiser makes a calm and rational discussion of these matters impossible tonight.”

That is nothing other than “no platforming” — Cater has taken the same line as the UK Socialist Workers Party, the idea being that people whose ideas you find odious must be excluded, like a virus. The line, from John Stuart Mill, that those of us who believe in genuine free speech follow is that good ideas drive out bad, and bad ideas should be contested and defeated in the open, as ideas. One was looking forward to seeing how Cater would handle this elegant wedge. Sadly he’s ducked the fight, like the lifelong cringing organisation man he’s always been.

Over to you, Freedom Boy! It’s all on your shoulders!

Stop press: Eeyore returns to the Hundred Acre Wood! In place of Nick Cater, Paul Kelly will be joining the show!

Paul Kelly!!! Oh that will be fun. (good article too)

ROTFL Paul Kelly must be wetting himself with delight.
Finally back in the spotlight, after being exiled from Insiders all those years ago.

Well argued, Guy. Perhaps that man of letters, Attorney-General Geo Brandis, could clarify the government’s definition of free speech so, as patriotic Australians, we all know how to execute it properly.

As for Tim Wilson “…cast(ing) off what remain of his integrity…” you have sharper eyes than me in detecting any vestiges.

Last week, you told me, “I’m not conflating who does and doesn’t get on Qanda as a measure of free speech” I had to concede that you had deftly avoided saying that in spite of you article’s heading, “The furore over Zaky Mallah has exposed Australia’s real attitudes towards free speech and genuine liberal democracy”.

But everybody else, your commenters, the entire ABC groupthink club and most of the left wing media have been manning the ramparts of the ABC in defence of the notion of free speech.

I think it’s now distilling down towards the principle of the ABC’s right to free speech more than Zaky Mallah’s, and this is where the ABC is straying into dangerous territory. If it defends its position of editorial independence, it must be willing to take criticism. If it gives the microphone to Zaky Mallah, it can’t simply say, “Don’t criticise us because we are editorially independent”

Part of the problem the left has got is that there is this meme that terrorism is a beat up, enabling the Abbott government to shift the focus onto national security. Then there is this dang awkward mass killing on a Tunisian beach resort with the uncomfortable reminder that lone gunmen have become a weapon in the ISIL arsenal that could happen here.

Then we see Zaky Mallah in action.