If the Greens and Labor vote against having one-third independent directors in the Senate, they will be supporting a gerrymandered system and look captured by their union pay-masters. 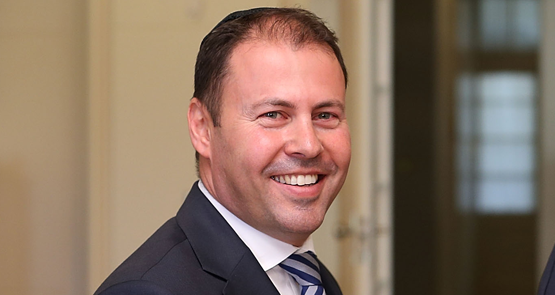 However, the battle will be on in earnest over the coming weeks after Assistant Treasurer Josh Frydenberg on Friday unveiled his legislative reforms for super fund governance.

At the moment, industry funds have gerrymandered boards where control is shared 50-50 between unions and employer groups.

But there is no one representing businesses or employees who are not members of said union or employer group, and many funds still have no independent directors at all.

Returns to members from industry funds have indeed been better than the for-profit retail funds largely controlled by the banks, but this has mainly come from the no- or low-fee model in the not-for-profit sector.

That is a completely different issue to super fund governance and board composition, and you certainly aren’t breaking a successful model by mandating an independent chair.

Paul Keating’s biggest mistake in setting up compulsory super was not having a giant scaled and professionally run default scheme that would today be one of the biggest non-government super funds in the world.

Instead, we got hundreds of sub-scale funds and created a gravy train of board fees pocketed by every last union powerbroker.

There have been far too many governance snafus at industry funds. Pay disclosure is all over the place, there’s too much nepotism, and for many years it wasn’t even standard practice to publicly release audited financial statements in a comprehensive annual report.

Many funds, including Vision Super, which looks after local government workers in Victoria, don’t even have a basic skill requirement for directors in their constitutions.

Ultimately, if the Greens and Labor vote against having one-third independent directors in the Senate, they will be supporting a gerrymandered system and look captured by their union pay-masters. This issue is a perfect opportunity for Richard Di Natale to wedge Shorten again by taking the governance high ground. Di Natale is right to argue that excessive tax breaks for millionaires in the super system is the most important issue needing attention.

Tony Windsor was spot-on in The Saturday Paper with his column about Tony Abbott’s obsession with conflict politics.

Governance reform of super boards should be straightforward, but when you leak it to The Australian for a splash in Friday’s paper headlined “New super fund laws to rile unions”, of course there will be a negative reaction from the likes of former union official Garry Weaven.

Leaving Murdoch governance atrocities to one side, The Australian’s John Durie has covered corporate governance better than any other mainstream business journalist over the past 15 years. He came out in favour of the reforms on Friday when he declared “there are no valid arguments against a rule that says the board should be ruled by a majority of independents and have an independent chair”.

Given that Frydenberg is only going for a one-third independent quota, rather than a majority, success in the Senate wouldn’t be a problem were it not for the outsized union influence over that chamber.

One challenge with the reform will be the question of who selects the independent directors.

Billionaires like Frank Lowy, Kerry Stokes, Rupert Murdoch and Gerry Harvey all claim they work with independent directors, but ultimately anyone who serves on their boards is hand-picked by the said Rich Lister.

If a majority of the incumbent directors have to select the independents, each of the existing union and employer group factions would effectively have a right of veto over candidates.

This will risk creating a system where “don’t rock the boat” candidates get nominated and the gravy train rolls on. Having members elect independent directors is a tempting possibility, but this would play in favour of union-backed people who are familiar with running popular election campaigns, and professional directors would shy away from risking the embarrassment of losing.

Ultimately, super fund boards should be forced to have skill-based requirements and use professional head hunters with a highly sensitive red-flag system for “associates” or non-independent traits.

For instance, no former paid union official should be able to qualify as an independent director, and you could even run an argument that current members of political parties need not apply as well.

With unions still having the right to appoint three out of nine directors on dozens of industry funds, there will still be plenty of jobs for the boys and girls to go around.

Sorry Mayne, bullshit. The industry funds are doing better overall, there have been few scandals. Independent directors? Where are they? If they are from finance, they will be against the very fund they are supposed to serve. Don’t tell me the big retail funds have independent directors, by your own admission there is scarcely any such thing. The corporates have been riddled with conflicts of interest, related party benefits and what amount to theft in commissions and fees.

What is wrong with fund members directly electing the whole board according to the amount of money they have invested in the fund. Every fund knows who contributes to the fund and how much.

Have some minimum qualifications for candidates and require them to reveal their affiliations and interests.

Why fiddle?
What is this government going to find up the noses of the unions, workers and Labor?
Will they stop at the bridge?

So if no former paid union officials can apply, neither can anyone who has ever employed or managed staff?