Fears for Yongah Hill detainees ... more security at the ABC ... Bernardi on a witch-hunt ...

Yongah Hill fears. A tipster tells us that the mood has taken a turn for the worse at Yongah Hill Detention Centre in Northam in Western Australia, where  earlier this year detainees protested against at the amount of time it was taking to process their refugee requests. Earlier this year it was reported that asylum seekers were scared of the convicted criminals who were also sharing the compound, and it appears the arrangement is still causing distress, as “many asylum seekers are scared of ex prisoner detainees. They were kept in different compounds but shared common areas such as for meals. But now they’ve been told the compounds will be mixed.” Our tipster also said that the centre is setting aside an area for solitary confiement and there are “Fears that someone — most likely an asylum seeker — will get seriously harmed in detention.” We asked the Department of Immigration if there were plans for solitary confinement at the centre, and were told:

“The Department can advise that new infrastructure is being provided to the Yongah Hill Immigration Detention Centre in the form of a Behavioural Management Unit (BMU). BMUs are located at the majority of Immigration Detention Centres around Australia and will enable better care and support for detainees requiring high care arrangements. BMUs are used for detainees who are risk to themselves, other detainees and staff.”

Heightened security at the ABC. Emails were sent to ABC staff in the broadcaster’s major offices yesterday afternoon announcing tightened security in the wake of threats made following the appearance of Zaky Mallah on Q&A this week. The emails said that ABC staff had to make sure their security passes were constantly visible and that no visitors should be left alone once in the building. In Sydney’s Ultimo building there is no longer any access to the foyer for the general public or pedestrians. We hear that it’s created a “lockdown” effect, although it hasn’t had the same impact in Melbourne, where the Southbank studios are not as public as Ultimo.

Bernardi ferrets out leakers (of public information). Senator Cory Bernardi seems to be surprised at the company he keeps when it comes to his campaign against halal certification. In a letter to Senator Sam Dastyari, chair of the Senate Economics References Committee, published by BuzzFeed, Bernardi says there should be an investigation into the “leak” of submissions to the inquiry (which are on the public record), and that those who submit should be contacted to verify that they are genuine. “I am concerned that some submitters may not be genuine and may be making submissions to discredit the work of the committee during this inquiry.” Submissions published so far include those by a self-professed witch, and one person who compared halal meat to “blond virgins”. It’s just like the time Miranda Devine thought the “BoltComments” Twitter account was a parody of the commenters on the country’s most read blog. Unfortunately in that case, it’s real, and we fear the halal submissions are as well. 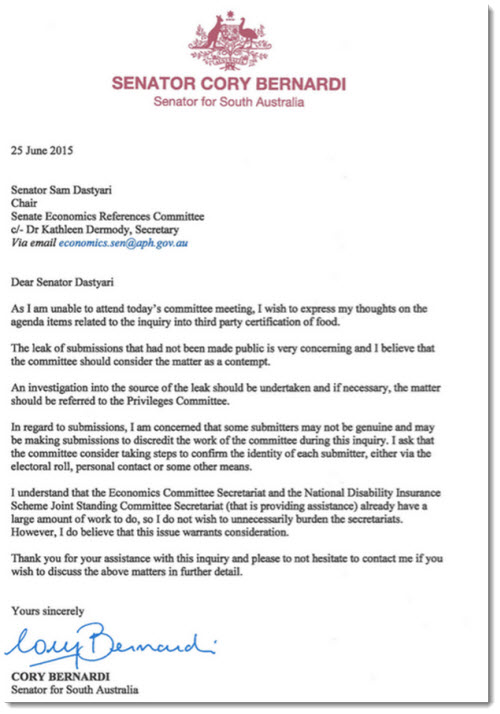 Goodbye Murdoch Here. In some sad news for watchers of Rupert Murdoch, his chief of staff, Natalie Ravitz, has announced that she is stepping down from her role after three and a half years in the job. In a statement, Murdoch said Ravitz was considering new opportunities and would transition out of the role at the end of the month. Disappointingly, Ravitz has confirmed that this also spells the end for her Tumblr blog Murdoch Here. The blog has charted the life of the world’s most powerful media mogul over the last few years as he checks in on all corners of the News Corp empire and included many photos of his puppy, Bluey. We will miss insights into Murdoch’s life like this one here: 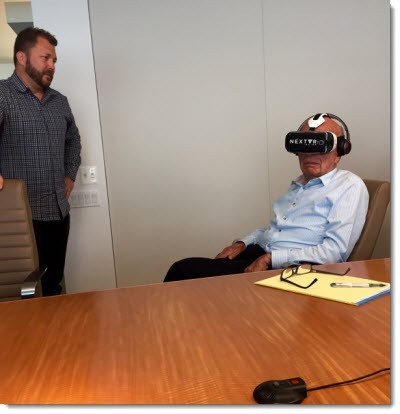 Tony Clark ready for anything. Labor candidate for the seat of Deakin in Melbourne’s eastern suburbs is ready if an early election is called — he released this campaign poster on his Facebook page this morning: 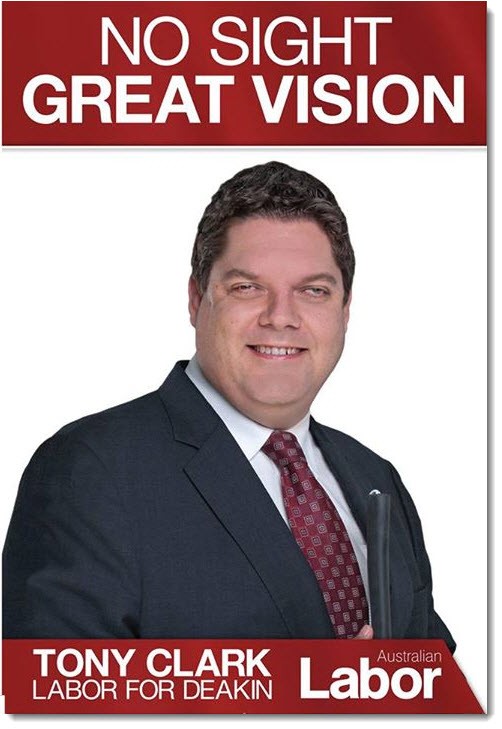 Boycott everything. It’s difficult to see how Q&A will be able to recover from the anticipated ratings slump after the charismatic Kevin Andrews decided to boycott the program. Though, upon further research, it looks as if his boycott started in early 2008, when the show started, as Andrews has never appeared on the Q&A panel. But it looks as if the boycott isn’t gaining much traction, with frontbenchers — and more regular panellists — Josh Frydenberg, Malcolm Turnbull and Christopher Pyne all agreeing to appear before the eyes of the “lefty lynch mob” as panellists in the future.

Craven as Immigration Minister. A tipster had to check twice when watching ABC News24 on Wednesday afternoon, as Greg Craven, vice-chancellor of Australian Catholic University was listed as the Immigration Minister. We know that Craven is close to many in the government, but not quite that close. 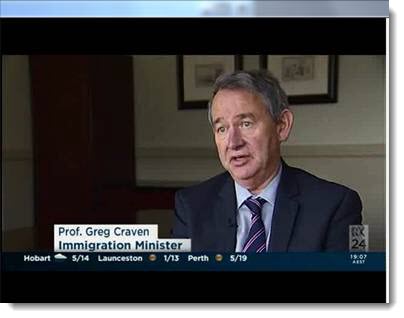 So where is the government outrage that right wing terrorists are threatening ABC staff?