Andrew Bolt is incensed about Channel Ten's giving airtime to a criminal, right? Right? Anyone? Plus other media tidbits of the day.

Bolt and Mallah. The inclusion of Zaky Mallah on TV shows such as Q&A and The Project brought out a courageous denunciation of lax standards in broadcasting from the likes of Andrew Bolt, yes? Well, not so much. The Bolter announced on his blog that he would be discussing Mallah’s appearances on both programs on his show on 2GB. However, in his back-to-back tirades on Mallah over the next few days, the cannabis-capped one’s appearance on The Project ceased to be mentioned. Pure coincidence that this fell away as the question centred on the judgement of network supremos in relation to their channel’s news shows — which would have raised the question as to the responsibility of ex-News Corp, now Network Ten head Hamish McLennan for Mallah’s extra 15 minutes of fame on commercial TV. — Guy Rundle

What Ailes the Murdochs. The Murdochs have brought Roger Ailes, the acerbic head of Fox News, into the tent rather than leaving him outside to make trouble for the next year, with 21st Century Fox announcing overnight that it had signed a new multi-year contract with Ailes, the man who forced Lachlan Murdoch out of the old News Corp 10 years ago. His contract had been due to expire in a year, and the changing of the chairs at the top of the Murdoch clan company last week sparked speculation that there could be a clash — a point emphasised by ratings agency Moody’s, which pointed out that it was worried about changes in direction by the new management. Now with a new contract, Ailes will continue running Fox News, Fox Business Network and Fox television stations for 21st Century Fox. The most interesting part of the announcement was clarity around reporting lines, with Ailes reporting jointly to Rupert Murdoch and his sons, Lachlan and James, rather than just the younger Murdochs.

“Roger and I have always had, and will continue to have, a special relationship,” Rupert Murdoch gushed in a statement. “Lachlan, James and I are delighted that Roger will be leading key businesses for us and our shareholders for years to come, and he has our unwavering support.” — Glenn Dyer 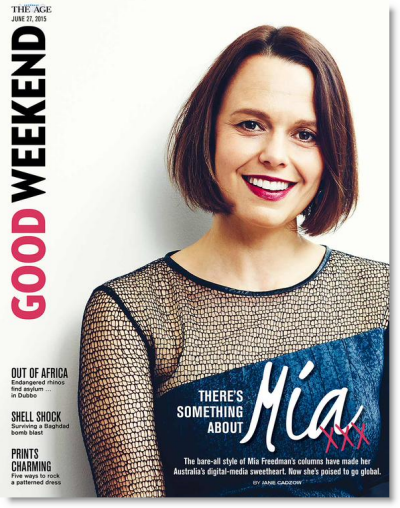