Can robots do journalists’ jobs better than we can?

Are robots the latest threat to modern journalism? Crikey intern Aron Lewin looks at the rising trend of AI bylines. 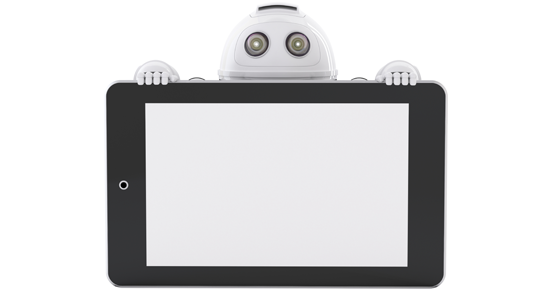 The development of autonomous robotics goes hand in hand with the increasing risk of technological unemployment, with robots predicted to take over about half of the job market in the next 20 years. Journalists are not immune to robotic interference, with Associated Press having employed automated machines that used software programs to write more than a billion articles in 2014. But how does robot journalism actually work, and are they actually threatening employment opportunities for journalists?

How does robot journalism work?

According to Assistant Professor Nick Diakopoulos of the University of Maryland, there are five steps to robot journalism. First, the robot is fed data that is computed in spreadsheets and databases, and adds this information to its existing repository of information.

Second, using a complex algorithm, the robot is able to derive the events, circumstances and entities from the new information and, if aspects deviate from a pattern established by the robot, that information will be considered newsworthy. For example, if a sport team has won its past five games, the robot will consider a loss to be a newsworthy event, as it deviates from the pattern.

Third, the robot will identify different news angles springing from the data, based on the angles used in various articles stored in the robot’s library. From there, each angle is prioritised with an “importance value” of 1-10 based on its how engaging it is. The angles are then filtered (i.e. if the two angles are contradictory, the one valued with the higher ranking will be chosen) and applied to the data.

Fourth, once the angles are determined, they are connected with the key data points (names, scores, home team, etc.)

Finally, the robot uses “natural language generation”, which transforms the data into text. The style of the text is based in the lexicon that has been stored in the robot’s memory.

Currently, robot journalists are primarily used for reporting on company earnings, sharemarket summaries, sports reports and breaking news alerts. A study conducted in Sweden in 2014 showed that most people cannot distinguish between copy written by a human or robot journalist, so if the article doesn’t have a byline or the byline is “generated by Automated Insights using data from …” it is likely written by a robot.

Are robots a friend or foe for the working journalist?

Recently, Tim Dunlop wrote for ABC’s The Drum: “The automation of journalism is nothing more than a logical extension of what is already happening, and journalists have — perhaps through no fault of their own — entered into the conditions of their own existence.” Dunlop contends that it is not out of the realms of possibility for whistleblowers to leak stories to “legal software”, which would input articles into a “narrative software”, which would then publish the story. That would leave journalists out of the business of publishing news altogether.

Although this is a gloomy prospect for prospective and practising journalists, not all is lost. AP managing director Lou Ferrara says the emergence of robot journalism frees journalists from the tedious task of data crunching and provides them with more time to pursue investigative stories.

Both AP and Automated Insight — the company that developed the technology used by AP — also said that despite the significant increase in output, automated journalism has led to no job cuts. Additionally, robotic journalists are not yet able to understand the fundamental significance of a story and cannot conduct the more nuanced skills of interviewing and pitching ideas.

Rather, as media manager of Automated Insight James Kotecki says, robots can handle “the who, what, where and when … and humans are freed up to ask why and how”. Until robots are able to generate interpersonal skills, they will likely perform the function of assistant journalists. But once the technology improves, perhaps Kate McClymont better watch her back.

Into the digital darkness: researchers using AI are drilling out ‘truth decay’

While this may be coming truer with the passing of time, it’s perhaps not as much as robots getting better as journalism as a profession being in decline?

Can most journalists do journalism?

Like Klewso, I wonder whether this is a distinction without difference.

What about Ruperts NewsCrap programmed robots, the only difference from real robots is is that they need to go to the toilet once in a while.

Bill, is that really the best ‘analysis’ of the issue you can manage?