A private discussion with a key adviser to George Brandis has confirmed the Arts Minister's real reasons for shifting funding away from the Australia Council. 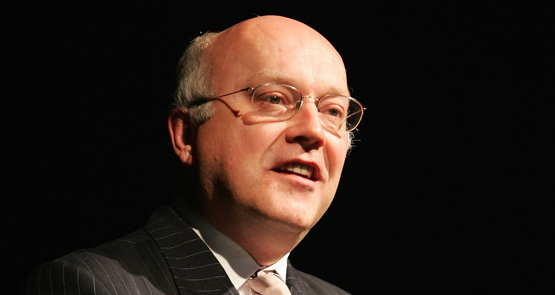 Crikey can reveal that a cultural organisation that received $600,000 from Arts Minister George Brandis is closely associated with Brandis’ policy adviser, Michael Napthali.

Napthali is a former board member of the AWO. A spokesperson for Brandis told Crikey that Napthali had stepped down from the role upon taking up his position in Brandis’ office, and that Napthali had not been involved with funding matters related to the AWO.

Nevertheless, the AWO appears to be one of Brandis’ favoured organisations.

In November 2014, the minister spoke at the launch of the AWO’s touring season. At that launch he told journalists that handing out $600,000 to the AWO was “one of the happiest things I was able to do in my early days as the Arts Minister”.

The funding to the AWO has come outside of normal federal procedures for arts funding, which typically operate at arm’s length via the Australia Council.

In recent months, Napthali’s role in Brandis’ office has become controversial in the cultural sector. Industry sources tell Crikey that Napthali has been closely involved in discussions between Brandis and the major performing arts organisations, in which those organisations were urged not to protest against the Australia Council cuts.

As the senior policy adviser in the Arts portfolio, Napthali is a key player in Brandis’ decision to strip $105 million from the Australia Council and give it to a new National Programme for Excellence in the Arts. The Labor opposition called the Excellence Programme a “slush fund”.

The decision to strip funding from the Australia Council has had wide repercussions in the arts industry, with many of Australia’s best-known smaller cultural organisations at risk of losing their funding.

Now news has emerged of a meeting between Napthali and Sydney musician Claire Edwardes, in which Edwardes says Napthali revealed tantalising details of the new Excellence Programme’s orientation.

In her meeting with Napthali, Edwardes says that Napthali described the Australia Council as “a club that has been giving taxpayers’ dollars to the same types of people making offbeat art for too long”.

She says Napthali argued that the Australia Council’s tenets of vibrancy and innovation “are at the opposite ends of the spectrum of what the National Programme for Excellence in the Arts will be supporting”. Napthali described innovation as an “unrealistic expectation” when applied to classical music. He was clear that the artistic focus of the two bodies would be quite separately aligned.

Edwardes said Napthali told her that the general public wanted to see arts funding to going to classical music and the major performing arts organisations. He also confirmed that the NPEA would not be open to individual artists, only to companies and cultural organisations.

Perhaps most explosively, Edwardes reports that Napthali told her that George Brandis “wants to have control over the recipients of this fund”, and that there will not be a peer-review process for the NPEA in the traditional sense of the term.

The revelations confirm the long-held suspicion of many in the cultural sector that the Australia Council raid was all about funding a policy justification for giving more government funding to classical music.

Edwardes told Crikey: “My main concern at this stage are the ramifications of this sideways movement of $105 million to the NPEA [leaving only $60 million in the Australia Council coffers for everyone except the major performing arts organisations] on the more marginal, less mainstream arts.”

“This is why we propose that the cuts be reversed and we return to the tried-and-true method of arm’s length funding through the Australia Council for the Arts.”

When asked for a response to Edwardes’ allegations, Brandis told Crikey in a statement:

“We are disappointed that Ms Edwardes has sought to misrepresent details of a meeting which she sought through a mutual friend.

“The Government will look to continue its important engagement with the sector in good faith as the National Programme for Excellence in the Arts is developed and the guidelines are finalised.”

Edwardes is a classically trained musician who was recently the recipient of an Australia Council Music Fellowship. She is a percussion soloist and chamber musician with a strong presence in Australia and abroad. She has been involved in the “Free the Arts” protests against the Australia Council funding cuts.

Napthali has a long history in the Australian creative industries. He was the manager of early-2000s pop outfit Bardot before going on to a career as a copyright lawyer and music industry executive. Napthali was a board member of the Australian World Orchestra for several years.

Even if Napthali was not involved in the decisions to fund the AWO, many in the sector are asking whether it is proper for so much out-of-channels funding to be given to an organisation closely associated with the Arts Minister’s key policy adviser.

Napthali has severed all ties with AWO?

if the human race ever colonizes another planet, you would hope that Brandis isnt alowed on the rocket ship

Note 1. Brandis claimed that the funding would be for organisations that couldn’t get funding through OzCo.

Note 3. The AWO’s website lists the OzCo as a funder.

#3, on the contrary, Brandis should be first, with his wig collection and personal orchestra