One of Australia's fiercest critics of renewable energy, Graham Lloyd, has left the country to travel to Peru for his Amazon rainforest conservation foundation, which he runs under a different name. No, really. 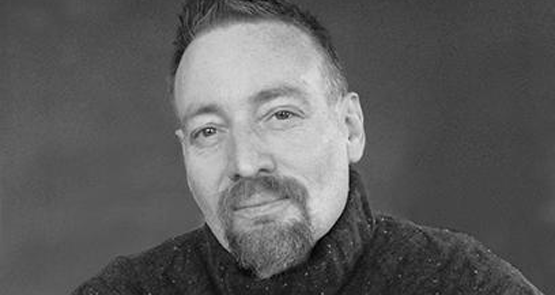 The Australian is not exactly known as a champion of progressive environmentalism, with the Murdoch organ waging a long-running public campaign against the Bureau of Meteorology, renewable energy, climate groups and the extent of climate change itself. So it is somewhat astonishing to discover that its environment editor has for years been running a conservation foundation in Peru under a different name.

Graham Lloyd and his wife, photographer Vanessa Hunter, have for several years run the Lupunaluz Foundation in the Amazonian rainforest, an organisation “dedicated to demonstrating that the Amazon forests have greater value standing than cut down”. On Lupunaluz’s website Lloyd goes by the name “Efrem Lloyd”.

Lupunaluz is in the process of building an eco retreat, said to be “an ethical business based on conservation, creativity and healing”, and its mission statement says the organisation is dedicated to conservation.

That is not necessarily the line of the pro-business Australian, which has launched numerous attacks on climate scientists and activists during Lloyd’s tenure as environment editor.

Some of Australia’s climate change experts briefly breathed a sigh of relief yesterday after Hunter posted on Facebook that the couple were moving to Peru:

“As many of you know we have left Australia and moved to Central America to be closer to our conservation project in the Amazon Jungle. After lots of hard work here is a link to our Foundation’s website. If you love the jungle, Jaguars, plant medicine and indigenous wisdom it’s all here!”

But Crikey has been told Lloyd remains The Australian’s environment editor, despite his Peruvian venture.

While environment editor, a position he has held for several years after joining The Oz from The Courier-Mail, Lloyd has enraged many of Australia’s climate change and renewable energy experts and activists through coverage that they say is one-sided and sometimes plain wrong.

Over the past year Lloyd has written a series of articles criticising the Bureau of Meteorology, accusing the agency of tampering with its temperature data in order to better fit with the global warming narrative. The articles quoted Dr Jennifer Marohasy, a climate sceptic who has been waging a campaign against the bureau on this topic since March last year. In 2014, the Press Council slapped down the Oz for failing to quickly correct an article Lloyd had written about the Intergovernmental Panel on Climate Change, which relied on a Daily Mail story that said the IPCC had halved the rate of global warming in the most recent report (it did no such thing — the Mail got its numbers wrong, as Media Watch pointed out). And this year, he’s been the author of articles reporting on dubious wind farm research that found nearby turbines cause all sorts of ailments for those who live nearby.

In 2010, when journalism academic Julie Posetti tweeted former News Corp journalist Asa Wahlquist accusing News Corp of editorial scepticism on climate change and making the climate change reporting round “torture”, Lloyd defended the paper’s reporting, writing that The Australian had always held the editorial position that climate change was man-made. Nonetheless, he wrote: “The reality is that, despite the science, a good deal of uncertainty exists in the minds of many people, a situation that has not been helped by the exaggerated claims of some about what to expect.”

But even then he was involved in the Peruvian conservation project, as the genesis of the Lupunaluz Foundation predates his employment at The Australian. It started in 2006, its websites states, “when photographer Vanessa Hunter ventured to Peru to explore the plants and culture of the Amazon”. It goes on:

“Faced with evidence of the pressures that rapid urbanisation and poverty was having on the forest, Vanessa and her husband, Efrem Lloyd, started work on a plan for a ‘human scale’ conservation and sustainable land management project. As a journalist and photographer team employed by a major national newspaper in Australia, Efrem and Vanessa have travelled extensively and been involved in cutting edge debates on the environmental and social benefits and costs of avoided deforestation and protection of the world’s equatorial forests.”

The Lupunaluz Foundation already has a number of projects in the works — among them programs dealing with jaguar land corridor, land conservation, and a “Shaman apprenticeship program”.

Lloyd’s Lupunalez Foundation bio describes him as “a journalist for more than 30 years” who has been “an editor and international correspondent for US, British and Australian media organisations including Reuters and Business Week international and News Ltd with a focus on environment, energy and sustainable development”. It does not explicitly mention his employment at The Australian. 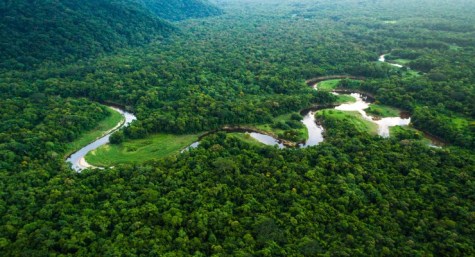 And I wonder what old mate thinks of Peruvian wind farms that are “the biggest operating farms in South America, outside of Brazil”?

Not Don Quijote Lloyd, the anti-environment editor. Hope there are no windmills in his ‘eco-retreat’

Could the ‘Foundation’ just be another case of morally amendable types surfing the green(back) waves?

I gave up reading anything bylined by Lloyd years ago: it was just too tedious tracking down how he had managed to distort his story to suit his paper’s political position. There is always a separation between the position one takes in paid work and one’s personal position, but the most charitable interpretation is that it is a gulf for Lloyd.

But what is the purpose of this article? It might be a curious sideline, but Lloyd’s behaviour is hardly contradictory.

Many people have a conservation ethic that is largely limited to trying to modify the behaviour of people in other countries to protect something iconic (coalition, labor and whales, for example). There is scarcely a need for science in that form of conservation belief. However, this type of lazy conservationist ethic stops at the Amazon, charismatic species, and is positively disinterested by the time you get to confronting complex issues of the cumulative impacts (be they local or displaced) of their/our own over-consumption.