News Corp is in no place to take the moral high ground on giving Zaky Mallah a media platform, write lawyer and author Irfan Yusuf and senior lecturer at UNSW Helen Pringle. 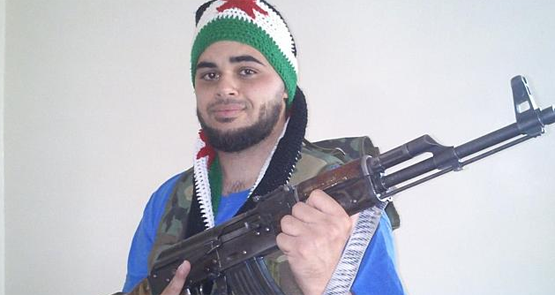 On page 4, under the infantile headline “SYRIAL AGITATOR”, a heavily edited chronology of Mallah’s life is provided: employment history, overseas trips and alleged involvement with Syrian resistance groups fighting both Assad and Daesh (otherwise known as Islamic State or ISIS).

There’s a brief mention of the New South Wales Supreme Court acquitting Mallah “of terrorism-related charges”. Not much more on that topic. We wondered why.

We went back to the April 21, 2005, judgment of Justice James Wood. We now know why News Corp and some other Australian media outlets would not be keen on publicising its contents.

In 2002, Mallah’s passport application had been refused. He appeared on A Current Affair as well as on Alan Jones’ radio program. Paragraph 13 of the 2005 judgment speaks of Mallah as “beginning to enjoy, if not to crave, the media attention, which was providing him with an interest or cause in an otherwise unfulfilling or empty life”. Media outlets happily entertained his craving, “particularly with The Australian, and The Daily Telegraph but also with several television stations”.

Paragraph 14 describes how in late 2003 Mallah “showed, or sold, to the journalists copies of some of the documents which police had earlier seized, as well as some photographs of himself in dramatic poses, holding a knife, and wearing the kind of garb that, it seems, he considered appropriate for a would-be terrorist or suicide bomber”. Gosh. News Corp and commercial TV journos appear to have bought photos of Mallah in dangerous poses. Perhaps looking like a suicide bomber. Or like a younger Man Monis.

Surely responsible scribes wouldn’t just sit on this. Surely they’d think going to the cops might be an idea. Let’s wait and see.

“In the weekend edition of The Australian of November 22-23 [2003], he featured in an article on the front page entitled ‘Tortured World of an Angry Young Man’. It contained some of the photographs that he had supplied, and extracted portions of his manifesto or final message. Reference was made to his grievances and prior arrest [on firearms charges], and the article concluded with some observations as to his potential dangerousness and vulnerability to manipulation, noting that ‘without urgent help, Zak Mallah, Islam and his problems make a deadly cocktail’ …”

The transactions then went further. Paragraph 20:

“At the same time as these discussions [with an anti-terror command agent posing as a journalist, between 28 October and November 3, 2003] were taking place, the Prisoner was also in contact with journalists from The Australian, and The Daily Telegraph and possibly also Channel 9, with a view to obtaining further coverage and the sale of photographs or the video.”

Did News Corp and/or Channel Nine pay Mallah any money? Mallah certainly needed it. Paragraph 25: “[T]he Prisoner was in straightened financial circumstances, and living in a Housing Commission flat, without any substantial means of income”.

Mallah, in fact, claimed that he had discussions with the government agent in order to be paid a sum of money.

Wood was scathing about the behaviour of journalists and editors in contact with Mallah at this time. Paragraph 34:

“Had real fears been entertained as to his potential dangerousness, then the preferable course surely would have been to pass any relevant information concerning him, to the appropriate policing and security agencies. Had he been dismissed as an attention seeker, of no moment, then there surely would have been no occasion to give him the extensive public exposure which he obviously enjoyed and indeed craved.”

Dob him in as a dangerous threat or ignore him as an attention-seeker. Unless you just wanted to manufacture false hysteria about terrorism and minorities. Paragraph 37:

“[P]lacing a person such as the Prisoner into the public spotlight is not only likely to encourage him to embark on even more outrageous and extravagant behaviour but, perhaps more importantly, it risks unnecessarily heightening the existing public concerns about terrorist activity as well as encouraging or fanning divisive and discriminatory views among some members of the community.”

There’s more to this than simply irresponsible journalism. Our security could have been at stake. And breaches of the law might have taken place. Paragraph 35:

“[H]ad the Prisoner’s plan in this case been genuine, the journalists dealing with him, and indeed any police officer doing so without a controlled operations certificate, risked committing offences themselves, under the widely crafted terrorism laws, for example, under s 101.4 or 101.5 of the Criminal Code if they obtained possession of, or collected, documents connected with the preparation for a terrorist act by him; or under s 103.1 if they paid monies to him and were reckless as to whether they might be used by him to facilitate or engage in such an act.”

Had Mallah actually committed a real attack with real people dying, then The Australian, the tabloids, Channel Nine and other media outlets might have found themselves on trial for terrorism offences for their actions in facilitating such an attack. No amount of hysterical front-page headlines would save the scribes from the anger of readers and advertisers.

When you point the finger at your competitors, chances are three fingers will be pointing straight back at you. The actions of News Corp in 2002 and 2003 not only gave Zaky Mallah a media platform but perhaps also payments worth more than a ride on a shuttle bus.

After Mallah was sentenced in 2005, Vanda Carson in The Australian of April 22, 2005, drew attention to Wood’s warnings on media involvement and coverage of Mallah’s actions. She inaccurately, if ingeniously, wrote: “A senior judge has admitted intelligence agencies would never have picked up Sydney terror suspect Zaky Mallah without the interest of the media.” Wood’s implication, however, was that without the media’s actions, Mallah might have been committed for nuisance at most. Not for terror — for which he was, at any rate, acquitted — and not on a “technicality”, but because, Wood noted, “the Crown failed” to make its case.

One need not agree with everything Wood has to say. But for some media outlets to suggest the ABC was helping out Islamic State by giving an Australian citizen (for now, at least) a voice is downright hypocrisy.

The Murdoch Press demonstrates the farce of Australia’s so-called ‘Freedom of Speech;’which is to be exercised only by the conservative side of politics.

SO the Rat smelt in the attack on Q&A by the PM was Rattus Rupertii, a dominating species whose mere presence causes deterioration of moral integrity among Cabinet Ministers.

(Not to be confused with Uranomys ruddi, or Rudd’s Mouse, a spiny mouse species listed “least concern” by the IUCN (http://www.iucnredlist.org/details/22771/0).

Abbott’s Booby (Papasula abbotti) however is ;listed as “endangered”
http://www.iucnredlist.org/details/22696649/0

“Is that the truth – or did you catch it from Murdoch?”
“Limited News”? “Abuse Corpse”? Whatever.
A conservative bent political pamphleteer.

I await the howls of outrage from Abbott and Co about this.