The government's federation reform discussion paper -- meant to provide the basis for a major white paper -- is content to play with funding models, rather than take on bigger issues. 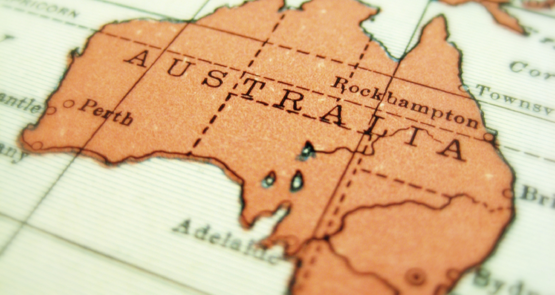 As is the way of public policy documents these days, the government’s federation reform discussion paper attracted more media interest before its release than after. Normally, it’s governments that drop key speeches with media ahead of time, such that the only coverage many receive is before they’re even delivered. In the case of the federation reform discussion paper, it was the leaking of a small part of it that led to some media hysteria about education funding and Labor’s delight in exploiting it.

Since it was released by an embarrassed government on Tuesday evening — with “DRAFT” all over it — most of the the media has lost interest in it, with only the AFR‘s Phil Coorey bothering to explore the document and its ramifications for the states and territories. Earnest public policy discussion papers are fun to hype and exploit for purposes of scaremongering, but the effort of reading the document in full and considering its implications is apparently beyond most of the media.

Unfortunately, the document — assuming it won’t be massively improved beyond this draft stage — is a huge let-down for anyone hoping for some momentum behind serious proposals for reform of the federation in the white paper to which this is a major input.

The chances of actual reform emerging from all this are slender indeed — the discussion paper makes much of its relationship with the tax reform paper, which, due to Tony Abbott’s political desperation, is unlikely to produce anything more than, perhaps, Joe Hockey’s brain snap on GST on tampons. In any event, we know Abbott and Hockey struggle to sell anything that doesn’t come with a “stop the” prefix. It’s hard to see how that can be applied to federation reform. Stop the duplication? Stop the lack of subsidiarity? Stop the vertical fiscal imbalance?

But the discussion paper hasn’t given the government much to sell. Rather, it’s a major missed opportunity from the Prime Minister’s Department, which is tasked with developing the white paper. To be fair, that partly reflects the wrestling-with-smoke nature of the challenge. Everyone thinks the federation could work better, but when pressed on what the particular problems are, the discussion becomes nebulous and arcane. We’re all aware of cost-shifting (different levels of government cutting spending in one area when another level increases it, usually done by the states and territories to the Commonwealth). And no one likes buck-passing. Other problems identified in the paper are less about federation than the nature of governments. Joined-up, client-focused services are what all governments should provide, and the involvement of different levels of government makes that harder, sure. But no one would seriously argue giving, say, the Commonwealth full control over health would immediately mean a more coordinated, patient-focused service for people with chronic illness.

As a consequence, the paper focuses heavily on reforms that will reduce the potential for cost-shifting and clarify lines of responsibility for services, without dealing with more fundamental problems, such as what specific function the states and territories can play when the Commonwealth and local government have a clear, natural set of responsibilities but they don’t — other than what’s in the constitution. If you want a better federation, it’s very hard to get there from here, but that’s what the paper is premised on.

It’s also very hard to avoid the impression the paper has been written with the intention of avoiding upsetting anyone within the government. The section on school education funding, for example, barely mentions the Gonski Review recommendations and their implementation by the Gillard government, which the current government has abrogated — but winds up recommending something very close to the core Gonski model of structuring funding around a resource standard for every student. The section on health is at pains to pretend the previous government’s overhaul of hospital funding never happened, with just one, tangential reference, as though we have to pretend that none of these issues have been addressed previously.

When it comes to the current government’s new funding, however, the paper provides chapter and verse: the section on early childhood education and childcare details the current government’s recent changes, and can’t seem to make its mind up as to whether there’s a real issue in childcare and early education that now needs fixing. On higher education, we’re back to don’t-mention-the-war, with the government’s bungled reform efforts ignored and, again, no clear direction from the paper on whether there’s a problem that needs fixing.

The paper muscles up a bit more on housing and homelessness, explaining succinctly the split roles of the Commonwealth and the States and Territories in social housing and rental assistance. It doesn’t hold back in condemning current arrangements:

What the paper doesn’t do, presumably for the sake of keeping key stakeholders in the tent, is say explicitly that it is the states and territories — and especially the New South Wales and Victorian governments — that have slashed social housing spending, using the Rudd government’s GFC stimulus spending as an excuse to cost-shift, and then failing to restore their own investments in social housing stock to previous levels as the Rudd social housing package vanished in the rearview mirror. They’ve been able to get away with this because the victims of it — low-income earners, indigenous families, the unemployed, people with disabilities and mental illness — generally don’t attract much sympathetic media coverage.

However, the paper’s recommendations here are hardly compelling: status quo, or clearly delineating that states and territories do housing, and the Commonwealth does rental assistance, or giving the whole issue, rental assistance included, to the states and territories (which assumes significant changes to overall Commonwealth-state funding arrangements, which are in the following chapter). None of those are likely to address the fact that state and territory governments may not always necessarily see social housing or homelessness as a politically compelling issue.

On funding recommendations, the paper is on much safer ground. Focused as it is on fiscal allocation and the appearance of responsibility, it has no difficulty in suggesting proposals like giving states a share of income tax with the ability to raise or lower their portion, or expanding the GST to generate more funding.

The rest of the paper, however, is an unconvincing attempt to deal with the most enduring of Australian policy challenges.

When even the more fervent Crikeyphiles haven’t felt this regurgitation of stale Crikey ‘thoughts’ worth a comment, surly there’s a message for the Crikey Cabal? It looks as if we won’t receive the benefit of an actual specific Crikey endorsed action of any variety until the 12th of Never, and That’s a Long, Long Time.
It’s even longer than the waiting time for Crikey Censorship Committee decisions.

I noticed in the recent NSW budget that 400 million was allocated for public housing. It sounds like a lot until you divide the figure by an average building cost of 400,000. Yes, its only a thousand dwellings.
With money being so cheap wouldnt it be excellent social and economic policy to spend many billions on public housing which would create employment, see lots of money spent on locally sourced building materials and improve the lives of many poor people.
We can always find the money for things like fighter jets with all the money gone overseas to pork barrel some senators electorates.

Why do you subscribe to crikey Norman if you say you don’t gain any knowledge from it?

bushby jane, as I’ve pointed out before on other threads, I have never said I’ve not gained any useful knowledge from reading Crikey, because as is the case with the arid Sahara Desert, there are a few oases in Crikey Land where the intellectual water is potable.
Which raises the question of why you subscribe to Crikey when it would appear you miss so much? If, of course, after trolling through my posts you can find even ONE of my posts where I’ve asserted that I’ve never gained any information [perhaps a more apt word than knowledge in this context?] please let me know as soon as the Crikey Censor enables you to read this message. With any sort of luck I shan’t have died before that happens.