Manning to ABC: harden up and defend free speech

The ABC was quick to apologise for Zaky Mallah's appearance on Q&A. A bit too quick, say some connected to the public broadcaster. 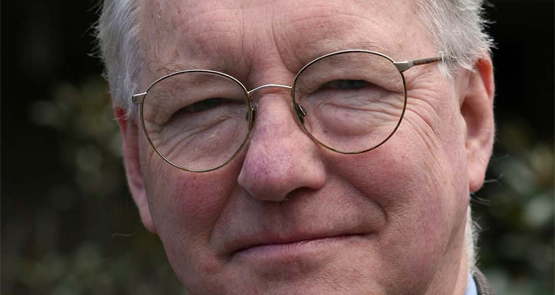 A former head of ABC TV News and Current Affairs has called on the broadcaster to “get its act together and start defending freedom of speech”, after the broadcaster promptly apologised for having had Zaky Mallah ask Steve Ciobo, the parliamentary secretary to the Minister for Foreign Affairs, a question on Monday night’s Q&A.

Mallah derailed the conversation after he followed up his approved question with a statement: “The Liberals now have just justified to many Australian Muslims in the community tonight to leave and go to Syria and join ISIL because of ministers like him.”

Host Tony Jones quickly stepped in and ruled the comment out of order, but the ABC early the next morning issued a statement saying Mallah’s inclusion in the program had been “an error of judgement”.

But Peter Manning, a former executive producer of Four Corners and ex-head of ABC TV News and Current Affairs, told Crikey this morning the ABC shouldn’t have apologised. “I think senior ABC management needs to get their act together to defend freedom of speech, and the Q&A program, and not buckle at the first whimper from the federal government as they did yesterday,” he said.

Manning said it was prescient that former prime minister Julia Gillard had yesterday criticised the ABC for pulling its punches, writing in an updated chapter of her book published on The Guardian that she believed the government’s persistent criticism of the ABC last year had had the impact of making the ABC fearful of criticising the government.

Yesterday, Prime Minister Tony Abbott asked the ABC to pick sides in the War on Terror. “I think many, many millions of Australians would feel betrayed by our national broadcaster right now, and I think that the ABC does have to have a long, hard look at itself, and to answer a question which I have posed before: whose side are you on?”

In The Monthly yesterday, former Gillard staffer Sean Kelly also criticised Abbott for his comments, writing: “A prime minister who asks which side a journalist is on wilfully misunderstands — and misrepresents to the public — the role of news organisations.”

There was no issue with airing interactions like the one between Mallah and Ciobo on live TV, provided a strong host was in charge, Manning said. “Tony Jones did a fine job of letting this guy have his say, and pulling him up when he needed to. I don’t see why it needs to go further than that.” Asked whether it was appropriate to have a convicted criminal address an MP on live TV, Manning said Australia was built by criminals who had been given freedom of speech. “There are circumstances where broadcasters have to be careful, but in this case, I think good can flow from letting people like Mallah have their say,” he said.

Yesterday, The Guardian published an opinion piece by Mallah explaining in his own words the circumstances of his appearance on Q&A. Asked if The Guardian had been worried about giving someone like Mallah a platform, deputy editor Will Woodward told Crikey this morning the publication trusted its readers to make up their own minds on Mallah’s past views and actions. “On this occasion we felt it was worthwhile to ask him to respond to the Q&A controversy, not least because his response was unknown and in many cases his position was being misrepresented. It is notable how many other media organisations quoted from the article once it was published.”

“It can’t have been a considered apology,” he said. “It must have been a forced apology of some kind. What I know is if you rush to apologise, you’ll fall into a bigger bear trap. And that’s what happened — it opened the gates.”

“What was the great hurry? Why can’t we have a short internal inquiry, and if there’s felt a need to have another external inquiry, go ahead with it.”

The ABC has confirmed to Crikey its board signed off on an external inquiry into Q&A two weeks ago at its last board meeting. The inquiry would be the latest in the editorial reviews chairman James Spigelman announced in December 2013. A previous review (or “editorial audit”) of the ABC’s budget coverage drew some controversy for criticising Sarah Ferguson’s interview with Treasurer Joe Hockey on the night of the 2014 budget (former 7.30 host (now Four Corners) Kerry O’Brien wrote in Crikey that the reviews were too subjective and risked creating a climate of fear and timidity among ABC journalists).

In addition to the editorial audit, ABC Television is also conducting a smaller internal review into “the circumstances of Mr Mallah’s appearance”. Unlike the full editorial audit, it’s not clear if this review will be made public.

Rallying around a cause

Will the government’s tax cuts backfire?

Silencing all dissent is what dictators do. This man Abbott has the heart and soul of a dictator.

The great irony is that he holds his position illegally courtesy of dual citizenship. He should be stripped of his Australian citizenship immediately and deported back to England.

He is destroying our nation.

Zaky Mallah made the mistake of being angered by Ciobo and then retorting with some reprehensible statements. Any follow up research on him shows an unstable personality who in latter years has advocated AGAINST ISIS and extreme Islam. I wouldn’t be surprised if he was included on Q&A as an example of a person who might have been affected by the legislation in previous years, but who had reformed since that time. Unfortunately for Mallah and Q&A, any positive impact evaporated in seconds.

Nowadays the ABC is ever vigilant not to cross any line which may offend the Abbott government – further cuts to its funding being the penalty. It’s a steady & uneasy progression to propaganda.

I thought the ABC capitulated too quickly as well. I’m also sick of Abbott and his ‘Team Australia’ crap – I am glad to say I am not in this team, it seems loathsome.

We either believe in freedom of speech or we don’t. It is not a selective thing. We may not like what Zaky Mallah had to say but he is within his rights to say it. The audience are not idiots and quite capable of balancing all arguments. The ABC should not be apologising, freedom of speech is a basic right in any democratic society.