Why should you share your precious cat video-enhancing broadband with your hot-water meter? Enter the National Narrowband Network. 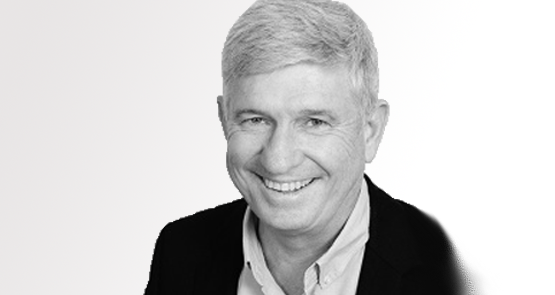 As the National Broadband Network lurches along with its ill-advised, half-formed broadband technology, it is about to face fresh competition from an unexpected quarter. One of Australia’s most experienced internet industry executives, David Spence, whose career in the sector began back with OzEmail, will be facing off against his old boss Malcolm Turnbull with his new provocatively named National Narrowband Network.

The NNN is Spence’s new baby, and this week it cranked up one of the three trial base stations that Spence and his partner, IT whiz Rob Zagarella, are setting up in North Ryde — a proof of concept, if you like.

The network being talked about is really a combination of so-called mesh networks. NNN would not own most of the networks — although Spence said the company might build some IOT corridors for heavy traffic. But, in principle, NNN would manage a whole bunch of open-access networks on behalf of companies such as water and electricity utilities, which want their meters to connect to the internet so they can be read remotely.

Spence says traditional mobile networks are not a necessarily optimal for this sort of thing as they they are constantly “pinging” the end-user devices and suck too much power.

“We are talking to whole lots of people including utilities and infrastructure providers,” Spence told Crikey.

Companies such as Crown Castle, which owns thousands of mobile phone towers and sites across the country, would be ideal partners for NNN, Spence says.

The network will use frequencies at 700 MHz or lower, and the lower the frequency the further signals travel. Many of these are used by emergency services, and Spence says the group has commenced discussions with the Australian Communications and Media Authority about the need to have a standard, globally used spectrum available.

For backhaul the networks might use the NBN, but they also might also use 4G and then 5G mobile technology for their low-bandwidth customers. NNN has already joined the nascent global alliance of companies building so-called low-power, wide-area networks (LoRaWAN).

“Communication between end-devices and gateways is spread out on different frequency channels and data rates,” the LoRa Alliance website explains.

“The selection of the data rate is a trade-off between communication range and message duration. Due to the spread spectrum technology, communications with different data rates do not interfere with each other and create a set of ‘virtual’ channels, increasing the capacity of the gateway. LoRaWAN data rates range from 0.3 kbps to 50 kbps.”

This, of course, is exponentially slower than the NBN, but that’s the point here. No video or audio, just a simple data message involved, and Spence hopes to provide connectivity for $1-$2 per year, per device. He says it’s still far too early to tell how much funding the company might need, or even what its corporate structure would look like. But he hopes the NNN might just provide a much-needed kick-start to a fresh round of innovation in the Australian technology sector, the way that the NBN would have by now if Turnbull had left it alone rather than bastardising it into a half-arsed hybrid network, blowing Australia’s chance to become one of the world’s best-connected countries, probably forever.

“If we can get to be at the cutting edge of this technology, Australian groups can start inventing applications and technologies to fit in with them and sell it to the rest of the world instead of buying it in,” Spence said.

Spence has a good track record in telecoms and tech, as he was a senior member of the management team that sold OzEmail to US telco Worldcom in 1998. He ran wireless group Unwired, which was saddled with technology that didn’t have enough end-user devices, and eventually sold out to Kerry Stokes.

He’s a busy man. His new startup aside, he is also the chairman of listed cloud-computing service provider Vocus Communications, which is due to receive legal approval for its shareholder-backed scheme of arrangement to merge with Perth-based wholesale telecoms groups Amcom Limited today in a deal that will create company worth more than $1 billion. And he has long been an investor in a range of technology startups.

At a lunch held by the Centre for Economic Development of Australia to launch its report on technology disruption in Sydney last week, NBN chairman Ziggy Switkowski declared that he was running the Australia’s biggest startup. If you can call tens of billions in shareholder funds and a corporate structure that is beginning to rival Telstra’s a startup.

Spence on the other hand, is trying something new. He says Turnbull “gets it”, is interested, and has asked to be kept abreast of developments. Australia was once at the very leading edge of wireless technology, but more recently innovation in Australia has been on life support  — but it’s not yet dead.

No power sucking pings – fantastic. $1-$2 per year – wow. Companies like mine will be overjoyed to see this come about. Our delivery of environmental data to farmers and other rural landowners using our Plexus product will be significantly easier.

More on NNN, LoRaWan, and NNN’s plans to partner with nbn.
http://www.iotaustralia.org.au/2015/06/22/iotnewanz/startup-planning-australian-lorawan-network/

Sounds very like a rerun of the first narrow bank data broadcasting licences which prohibited ‘entertainment’ – a young DoubleJay whizzkid (UK Armed forces DJ on Cyprus at the age of 12 or similar) snaffled up a bunch of frequencies and beat the feds when they claimed he was too much fuin – they had to buy them back at substantial mark-up in memory serves … can’t remember his name but a great talent for music & biz).
As more people will want to use VPNs, surely the ubiquity of access will become so universal that another filter/gatekeeper (heloooo, filthy lucre!)will become necessary.