Tips and rumours: Milne fighting climate at the UN? 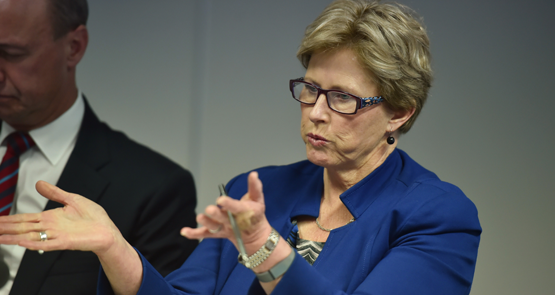 Former Greens leader Christine Milne has already said she is taking the fight against climate change beyond Australian politics, but we hear from a tipster that the government might be getting in the way of those plans as well:

“Former Greens leader Christine Milne has lost a top job because of the Abbott government. She was lined up to replace Christiana Figueres as the Executive Secretary of the Framework Convention on Climate position. This was because of strong backing from the European Union and from Latin American and African countries stemming from her time as vice-president of IUCN. However, as the position is a UN position it requires that the nominee’s home country agree to the nomination. The Abbott government refused to do this. This is another precedent for them in the field of international diplomacy. The appointment had been originally supported when it was raised at the UN bureaucratic level but was vetoed the PM’s office got wind of it.”

We asked Milne if her post-politics plans had been scuppered by the government, and she told us she knew nothing about it:

“I have not applied for any position at the UNFCCC. I have said that I would like to work at the global level in addressing climate change and would be very flattered if my name has been mentioned in those circles. I know nothing of any engagement with the Abbott government or their response.”

*Heard anything that might interest Crikey? Send your tips to [email protected] or use our anonymous form.

Wow. Very low move by Abbott. Hopefully we get an election before the final decision is made.

Was it scuppered because she is a woman or because Abbott doesn’t want a person of integrity representing Australia. What a vindictive mean little man he is.