Labor has backflipped and backed the government's restoration of fuel excise indexation. Whatever the low-rent politics now, governments of the future will be the winners. 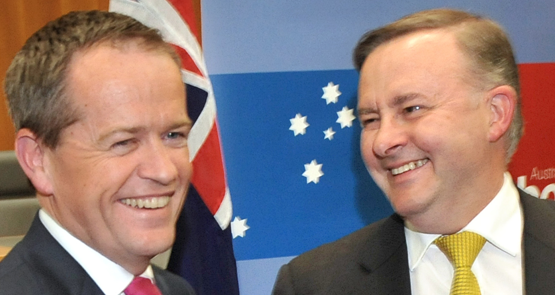 This morning, Labor finally saw sense and announced it was backflipping on one of its more cynical decisions of last year — to oppose the restoration of fuel excise indexation. And it’s borrowed the Coalition’s own excuse to cover its embarrassment.

Indexation of the excise levied on fuel was dumped by the Howard government in full panic mode in 2001, and the decision has cost subsequent governments tens of billions of dollars as the excise has failed to keep pace with inflation. The current government sought to restore indexation in the 2014 budget but was blocked by Labor, the Greens and the crossbenchers in the Senate.

In trying to sell indexation to voters, the Coalition claimed that all additional funding raised by the excise would be directed into road-building — but never said it would amount to extra road funding, because the “additional” excise directed to road-building would be offset elsewhere. It was an embarrassingly crude fiscal sleight-of-hand to justify a tax rise, but the Greens actually borrowed it to justify their opposition, saying the measure should have guaranteed some funding for public transport. Unable to acknowledge that its hypothecation of the additional revenue wouldn’t make the slightest difference, the government found itself stymied, although it proceeded to establish indexation by regulation, rather than legislation, giving itself a year to get the legislation passed.

Now Labor has borrowed the excuse as well and justified its backflip by demanding the government inject $1 billion into the Roads to Recovery program, which is mostly aimed at regional road projects. The rationale is looking a little shopworn the third-time around, but whatever will spare some blushes, and it also gives Labor another hook on which to hang its successful prosecution of the government on its underfunding of infrastructure.

Labor also took advantage of the way the government had established indexation in regulation. With the additional excise having been collected for 12 months consequent to regulation, if legislation permanently establishing the indexation weren’t passed, the government would have to surrender the revenue. Notionally, it should be repaid to every motorist, but that’s impossible to do accurately and absurdly administratively inefficient as well, so fuel companies would simply have retained it. That is Labor’s excuse, too, with Bill Shorten, Anthony Albanese and Chris Bowen saying “we’d prefer this money be spent on roads in regional and outer suburban areas rather than handed back to multinational companies”.

Don’t expect voters to consider that argument with too much sympathy; having benefited from 12 months of bagging the government for increased fuel prices, Labor will now have to endure the pain of being portrayed, correctly, as hypocrites. But Shorten, Albanese and Bowen also know that, regardless of who wins the next election, the restoration of indexation will benefit governments of the future. It won’t raise much money over the next few years, but the government of the 2020s will be several billion dollars a year to the better for their decision. By then, the antics and excuses of 2015 will have long been forgotten.

Labor: from blood donor to bleeding out?

In the 2020’s a significant number of vehicles will be EV – electrically powered. How does the excise on fossil fuel look then ? Are we thinking ahead or do we have our proverbial emu position in place ?

Stickey, “emu position”? – you mean as in ‘unable to take a backward step’?
As with the other creature on our national emblem.

Utterly cynical politics being played by Labor. The party-machine-driven-politician Shorten is the main reason Abbott will remain in office. There is no way he will ever lead Labor to an election victory over Abbott – he is unelectable. The main risk for the Libs is to push too hard against Shorten to have him kicked out as leader and have him replaced by someone half-decent. Fortunately for the Libs the crazy system put in place by Labor under Rudd for appointing the parliamentary leader (requiring the broader party membership to vote also) ties the hands of the caucus to kick out a dud like Shorten easily.